Over the past decades, there has been a large number of debates regarding the obsoleteness of our educational system, with some regimes tackling the CPE, and changing the system at that level, while others have done so at the SC level. But despite such measures, the pass levels have not necessarily improved, and neither has the quality of education. The implementation of students having 4 credits as a criterion for promotion to Grade 12, as announced last year, has given rise to ferocious debates. The fact that some parents have gone as far as carrying out protests against such a measure has propelled many a reaction, coupled with the disastrous results, as announced by the MES. However, this is only a symptom of a larger ill.

These days, active participants in the debate raging on the issue are quick to play the blame game and accuse: teachers who resort to private tuitions to make money, “irresponsible” parents who are too busy working, the kids themselves who are too taken up with their mobile phones or policy makers who are hell bent on scoring political marks. Without exonerating the youth, the larger burden of responsibility lies on the kind of world that the adults have created for them. This is where “Simon Sinek on Millenials in the Workplace” is a must watch. Simon Sinek, motivational speaker and organizational consultant, explains with great clarity, how kids of a certain generation have become entitled. In a bid to address what was perceived as wrongs done to kids of a previous generation and vowing not to let the kids of this generation go through the same hardships, the latters have been mollycoddled in such a way that, despite all the facilities that they enjoy, they are not able to function properly in the wider world.

Our local situation is no different. In a bid to alleviate kids from the CPE burden, which was seen as killing their childhood, and in a bid to allow for more kids to access secondary school, the standards have been lowered. Where some 20 or more years ago, an A was equivalent to 86 up to 100, today, the best grade (Aggregate 1) is equivalent to 75 up to 100. Which means that the child working towards Aggregate 1 can relax, aim for 75 and still be considered on par with the one who has achieved a 99 or a 100. Similarly, the child who passes with 6 or more credits can be considered on par with the one who has achieved 3 credits, since both have passed. With such standards at hand, unless kids are encouraged and motivated to work hard, it is no surprise that there will be a decline from excellence to mediocrity. With such a notion in formative years, it is no wonder that, when comes the time to pull out all the stops whether it be at university level or at work, the kid is at a loss and loses all bearings.

The relevant authorities should realise that poor performances at Grade 6, Grade 9 or Grade 11 levels are consequences of problems that stem from pre-primary level or lower grade level. This is where intervention needs to be done. From Grade 1, students showing struggle can already be identified: whether it be through reading, writing or understanding competencies. A better support to students, with more than one teacher per class, especially in lower grades, is an option to be seriously considered. Parents and teachers, across all grades, should also work hand in hand, taking the child’s specificities into consideration. Shared information in the form of continuous progress reports should become the norm in schools, and not limited to end of trimester reports. A gap year in secondary school is also an option to be considered. While students are on the threshold of choosing the direction in which they want to go, they can be given the option of going towards a work placement for a period of time, while remaining in the school system. Such an option might allow then to realign and decide what way is best for them, with the guidance of teachers and parents.

There have been many criticisms against the perception that parents no longer hold their kids accountable for their failures. But this is not the sole responsibility of parents, the latters do not act in a vacuum, they are also making do with a system which almost forces them to divide their attention between professional and familial responsibilities. Let’s give the benefit of doubt to successive political regimes who may have had the true notion of education at heart when they set out to reform the education system. However, in their endeavor, the right balance towards a holistic approach has not been achieved yet. Despite attempts to introduce activities meant to make schools not just a space of rote learning, standard and focus on hard work have been compromised. 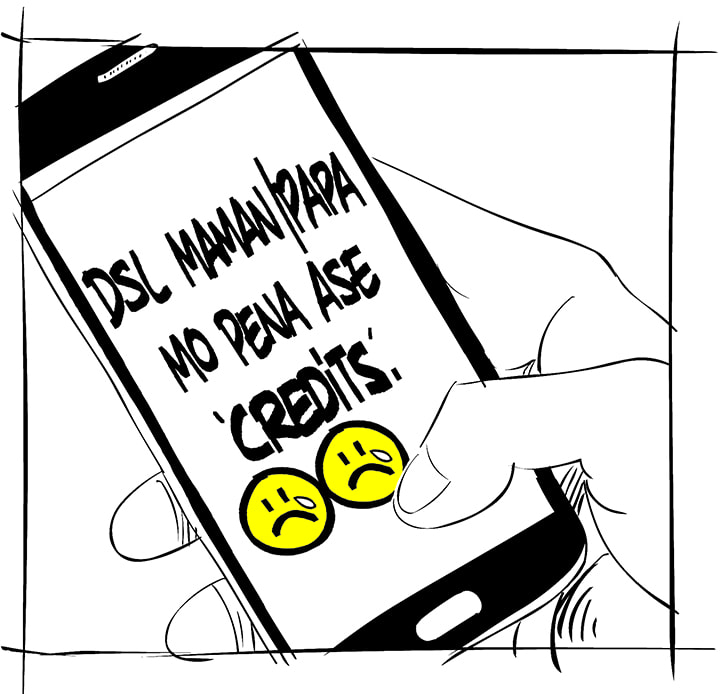 To improve the education system, and to make sure that the coming generations are equipped with the best tools to function in the wider world, they need to be taught that the instant gratification that their era grants them in many aspects of their lives cannot be adapted to all aspects of their lives. They need to be taught that the most rewarding things in life comes only with hard work, and that there are no clicks for that. On the other hand, policy makers need to put the right people in the right place. Text books and marking of national exams should be done by qualified teachers and not politically constituted panels, marking scheme guidelines should aim for improving the standards of children and not compel teachers to follow rules that will lead to mediocrity.  But to be able to do that, it is imperative that policy makers, parents, teachers and students work hand in hand, for fragmentation can never bring a positive outcome. There is no magic formula or a one-size-fits-all solution to reform the education system, but if there is the willingness and acceptance of those in charge, there is no reason why the Mauritian education system should not progress.