He will find a Mauritius that’s a lot more vulnerable than when John Paul II visited us thirty years ago. The damage done by an extreme version of trickle-down economics — ‘dung of the devil’ as Francis quoted a fourth century bishop to his Santa Cruz, Bolivia audience back in 2015 (as reported by The Guardian) and which has been dubbed Shaitanomics here since 2010 — is extensive and captured in chart

1. Average GDP growth over the four years preceding the second papal visit is 3.8% which is less than half the 8.5% of the first one or the growth promised for implementing the economy-destroying 15% fl at tax. This has resulted in a national cake growing (cake increase) by about a sixth compared to nearly two-fifths for the four years ending in 1989. Something which we can relate to everyday. The value of our rupee, an overall measure of the quality of our policies, has also lost 57% against the USD over the past thirty years. So much for the myth of ‘roupie forte’. Savings have collapsed from a healthy 24% to single-digits, an alarming level after bank interest was taxed to build a shaky facade of a low-tax jurisdiction. The only two positives are a weight of sugar in our economy that’s now twenty-one times smaller and a lower inflation.

Unemployment is a lot higher that too after eyebrows have been raised several times for the past decade-anda-half that suggest it’s underestimated. Road fatalities for the last four years are up by 23% compared to the corresponding number thirty years ago. No progress has been made in the share of electricity produced by nonrenewables (NR) contrary to what several countries have achieved. In fact we’re using more than six times the amount of coal we used to. Another big negative is the proportion of the electricity generated by the CEB, our public utility, which has gone down by more than thirty percentage points. Plus not only have the price we’ve been paying for electrical power been higher than it should have been because of abusive and unnecessary contracts with private producers there are now plans to privatise the CEB. This has already been met with healthy street protests a few days ago that look to intensify as voters keep getting wiser and understand that trickle-down is also another form of colonialism. 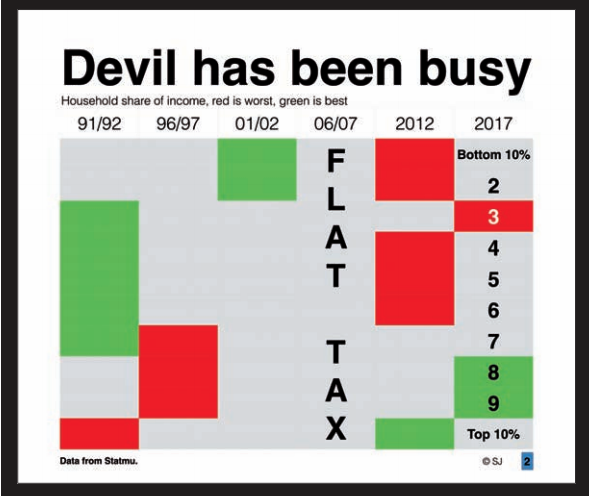 One rough estimate of the ‘dung of the devil’ is the GDP shortfall compared to the average 8% growth we were supposed to get with the fl at tax. This reached Rs1,500bn (Sithanen toohrooh) at the end of last year and that’s before we add the loss of parts of our national heritage including Promenade Roland Armand, trees at BeauVallon and beautiful views to name just a few. In other words trickle-down economics should basically have made our government debt-free by now. Not only it has not but a lot of creative accounting has been going on and government has been incapable of functioning normally like achieving reasonable progress in its basic promise of ensuring a 24/7 water supply to all. Wicked plans to privatise our water utility because the very controversial World Bank had recommended it have been thwarted by the population forcing a minister to moonwalk from this destructive path. At least for now. So the Pope will find a messy Mauritius in large part because of the stupid move from a tax structure which was progressive and sustainable (P&S) to one which is flat and unsustainable (F&U). 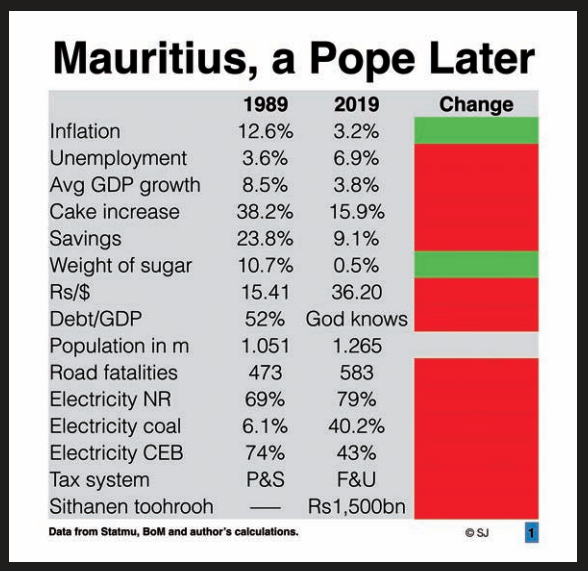 The fl at tax was supposed to generate a much higher growth and apparently eliminate poverty. It’s not a big surprise that it has failed on both counts. Growth is not only at its lowest in nearly four decades but as chart 2 shows the distribution of the national output has been the most unfair since the regressive policies were implemented thirteen years ago —the two form an essential part in the evaluation of any political project aka ‘projet de société’.

Indeed the bottom 60% have had their worst share of the national cake in the last two surveys of Statmu (Statistics Mauritius) while the top 30% their best after the flat tax was introduced. The bottom one-fifth of the population had their best share at least seventeen years ago while the adjacent half around the year of the Tiananmen tragedy. So what has been happening is that the flat tax has created record inequality — a topic addressed by the Pope in his November 2013 exhortation or eight months after assuming his current post and which reflects his firsthand experience of misguided austerity policies that reduce the sovereignty of nations — and this has stunted growth and along with a string of stupid decisions have seriously dimmed the future of a sustainable and fair Mauritius. Staying the toxic course any longer is not an option. 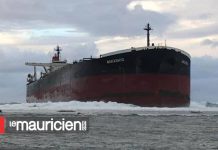