Feminist icon Ruth Bader Ginsburg (RBG), one of the very few women on the US Supreme Court bench has passed away – an irreplaceable loss for all those who saw in her a staunch defender of ‘women’s rights as human rights’, a genuine and committed expression of progressive politics. The thousands of people who came to mourn her at a vigil outside the supreme court in Washington, speak volumes of their faith in her as well as their own determination to carry her legacy forward. Doing so implies opening up all possible space for women to grow to stature similar to RGB, to participate in public life and to bring their influence to bear on the lives of others.

Little did one expect however that the death of this titan of justice and the question of her replacement would provoke such an uproar in American politics as the nation undergoes a turbulent presidential campaign. But who she is replaced by is certainly crucial, so much so, that she was herself prompted to express a death wish: ‘My most fervent wish is that I will not be replaced until a new president is installed.’ This wish is pregnant with meaning. As Congress woman Alexandria Ocasio-Cortex notes: ‘We are in a very scary place, and that is why her passing away was just so earth shattering , not just to millions of people but to herself…’  Cognisant of the dangers that Trumpist politics represents for the United States and future generations, particularly at this critical juncture of both American and world history, has perhaps led RBG to make this wish. But will those at the helm respect this towering figure’s death wish, and thus honour her legacy? A lot depends on the politicians’ appreciation of the values and ideals that RBG stood for and their own predisposition to the promotion and sustaining of these very values. The latter are more than necessary in these very troubled and challenging times. 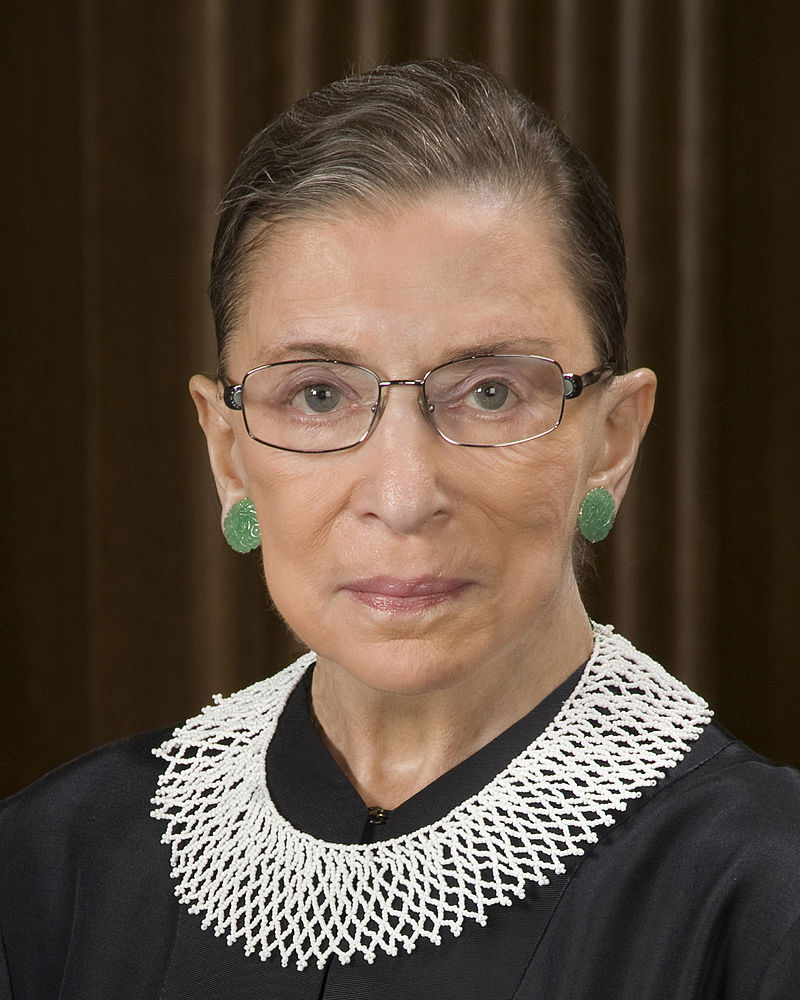 Winner of the prestigious  Berggruen prize for philosophy and culture

RGB – winner of the prestigious Berggruen prize for philosophy and culture, a prize awarded annually to someone whose ideas ‘have profoundly shaped human understanding and advancement’ is  frequently referenced as saying: ‘…one lives not just for oneself but for one’s community’. To forego a little bit of oneself in the interest of the greater good is so very important in this increasingly egoistic world, but how many leaders actually embrace such a philosophy?

RBG was not a politician but being on the bench, meant having huge powers to shape the nature of society and make it more just. Justices do wield tremendous power on democracy, although they are not democratically elected. RBG was an important voice of dissent in a Supreme Court dominated by conservatives. Barack Obama calls her a ‘relentless litigator and an incisive jurist’ and went on to say that Justice Ginsburg showed us that ‘discrimination on the basis of sex is not about an abstract ideal of equality.’ Fighting for equality and justice is no doubt very difficult in a world marked by diverse conservative forces, dominated by the powerful rich, lobbying and working for the protection of their own interests. This is why picking RGB’s successor is of such great political significance!

The rapidity with which Trump seeks to fill the vacancy has contributed to a huge debate in the US. Many of those belonging to the Trump camp, see it as primordial to replace her before the November elections while the Democrats believe it should be done after, thus not only subscribing to the wish of the deceased herself, but also not to risk having a conservative judge, with values and principles in complete opposition to what RGB stood for.

A rather similar replacement debate also arose in 2016 when Justice Antonin Scalia, passed away some months before the presidential elections. Obama wanted to replace him but Senator Mitch Mc Connell, is reported to have announced, at the time, that the senate would ‘not hold confirmation hearings’ for any one. McConnell also claimed, without any legal basis, that Supreme court vacancies ‘should not be filled in election years.’ But the same Mc Connell now says that ‘President Trump’s nominee will receive a vote on the floor of the senate’. He has been accused  of ‘breathtaking hypocrisy’. And is systematically  reminded that the precedent created should be respected! Will it?

Donald Trump has promised to put forward a female nominee to fill the Supreme Court vacancy. Filling this position is much more complex than simple token gender identity politics. Joe Biden called upon the conscience of the Senate Republicans asking them not to succumb to Trump’s pressures and not to ram through his nominee before the November elections.  The choice of the new judge should steer clear of tokenism. Another woman does not necessarily guarantee progressive politics and the sense of justice that governed RGB’s work in this growing age of discontent. Gender representation does not necessarily equate a ‘politics of ideas/transformation’. RBG’s ‘politics’ was precisely about the latter.

The United States of America is at a turning point in its history; when more than ever before, entrenching  progressive politics, truthful voices and protecting human rights are a MUST. There is therefore need for a judge who will add his/her voice to the defence of those entangled in the complexity and uncertainty of human existence. There is fear that a conservative judge, nominated by Trump, will tend to have conservative interpretations of the American constitution. This can lead to the erosion of substantial democratic gains made over the years and in so doing, shake the legitimacy of the Supreme Court. Such a replacement does not augur well for a nation still struggling with gun laws, minority rights, racial equality as reflected by the Black Lives Matter Movement, gender equality as highlighted by the MeToo movement, LGBT rights, health care for all, migrant’s rights and immigration. All this at a time when there is growing chaos, division and inequality, exacerbated by the COVID-19 pandemic, forcing many of us to rethink our ‘common’ humanity.

‘…one lives not just for oneself  but for one’s community’

But are leaders both within our courts and legislatures, ready and willing to re-imagine our democracies, by acting in ways which can resonate with RBG’s ‘…one lives not just for oneself but for one’s community’ referred to above. Living for one’s community entails compassion, empathy, sharing, respect of the ‘Other’etc.  There is often a legitimate expectation by ordinary citizens that such values would inform policies or positionings adopted by their judges and/or parliamentarians but sadly, not many in these high powered spaces respond to the citizens’ expectations.

That the justice system and the legislature are intertwined goes without saying. Our own justice system also has a lot of work to do to ensure access and timely justice for all. Like many institutions, it can also become dysfunctional if care is not taken to ensure its independence and integrity. The way judges are appointed is key to this and may need revisiting.

Ensuring that justice is done rests on the shoulders of the judges – be they men or women!  They should be capable of ensuring that democratic ideals and values are upheld. A good starting point would perhaps be for the judiciary to urgently look into the numerous electoral petitions filed in the aftermath of the 2019 general elections. Politicians are expected to file petitions within 21 days after the elections, isn’it therefore ‘unjust’ to have to wait for so long to get an outcome. We can perhaps inspire ourselves from Malawi and Kenya which had rerun elections just a few weeks after their respective polls were contested. But more importantly we should have inspirations such as RBG around, with or without electoral contest!