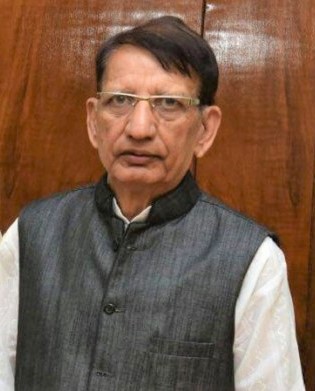 Shri Rajendra Arun departed last month leaving behind a heritage which would be best known as a Ramayana legacy.  Born in Faizabad district, Uttar Pradesh, India and educated in journalism in Allahabad University, the eminent scholar led the most important part of his professional life in Mauritius where he came and settled through the encouragement of Sir Seewoosagur Ramgoolam, former Prime Minster and Swami Krishnanand Maharaj, founder of the ex-Seva Shivir.  He worked as an executive at Quality Beverages Limited but spared an important part of his time pursuing the understanding and preaching of the Ramayana.  Shri Arun was the head of the Ramayana Centre, a spiritual and religious organisation promoted through a parliamentary Act in 2001. Earlier, he was actively involved with society either independently or with non-governmental organisations like the Human Service Trust.  He was the editor of Hindi newspaper ‘Janata’ (The People) and a presenter of religious programmes mainly focused on the Ramayana since 1982.

The key aspect of Shri Arun’s persona was his involvement in studying and interpreting the ‘Ramcharitmanas’.  To better understand this term, one might recall that Guru Valmiki was known as the author of the Ramayana, an Indian religious epic, some 5000 years ago.  The earlier text was in Sanskrit and essentially taught by clerics.  In the medieval times, Shri Goswami Tulsidas wrote the ‘Ramcharitmanas’ by narrating the story of Lord Rama in the form of verses known as ‘quatrain’ with around four lines with alternate rhythms.  For instance, the ‘Hanuman Chalisa’ is a well-known and popularly interpreted and chanted verse by devotees from different backgrounds.  The purporting of the ‘Ramcharitmanas’ by Shri Goswami Tulsidas permeated the knowledge as well as the essence of the Ramayana to people across generations in a more accessible and understandable way.

Shri Arun considered the ‘Ramcharitmanas’ as a starting point for his preaching over nearly four decades since he established in Mauritius. Religious literature abounds in societies through books, pamphlets and songs including special magazines but they all depend on oral expressions that reach the audience better and more interactively.  In a similar way to other gurus, Shri Arun adopted the ‘Katha’ whereby different parts of the epic Ramayana could be commented according to the appropriate context.  Although Lord Rama plays a prominent part in Hinduism, he is celebrated on two major occasions particularly the Ram Nawmi lasting some nine days and the flamboyant Divali celebrating the lord’s return to Ayodhya after fourteen years in exile.  Else, celebrations focus on different deities according to the religious Hindu calendar like Lord Krishna, Vishnu, Goddess Durga, etc.

Coming to the Ramayana, Shri Arun wrote over ten books on various aspects of the literature giving importance to the different deities closely associated with Lord Rama namely Lord Hanuman, Goddess Sita and Lord Dashratha, king of Ayodhya.  Commenting and purporting solely on the religious aspect might be too restrictive for the audience at the time of the discourse and could be forgotten once read.  This is the point where the ‘Katha’ evolved into a vivid commentary of the Ramayana as well as an application of the principles to contemporary living.  Onto this point, the discourse grew more intense and assimilating as current woes and social problems might be also answered by relating them to the essence of the Ramayana like respect, humility or ethical principles. What remained impressive of Shri Arun was that his ability to be to the point, talking self-assuredly up to one hour and never letting the audience wander.  The poise, the rhythm and the eye-contact he used in the ‘Kathas’ kept his numerous followers tuned to his sayings and eager to follow the next part.

To this end, the preaching of the Ramayana rests more on the foundation of Hinduism.  On the one hand, the term ‘Hinduism’ espouses freedom from dogmas and the application of principles without the need to be overwhelmingly religious bound.  At the same time, Hinduism is viewed more as a way of life than a religion.  This is where the ‘Ramcharitmanas’ becomes an essential pathfinder in life with so many verses, one being more inspiring than the other.  The ‘chalisas’ or songs compliment good living, sharing, devotion and selflessness among people.

Shri Arun wrote inspiring books to open the mind and heart of the people.  The language was simple and easy to grasp. One book among his numerous publications, ‘Rama, the lord of the Decorum’ (Ocean Books, 2000) has quite useful insights into the epic tale.  In the chapter, ‘Rama, the King’, the author considered the rule of Rama as an ideal and complete system of administration which Mahatma Gandhi considered as the foundation of modern Indian administration. When Shri Arun spoke of humility, he stated that Lord Rama abhorred false prestige, putting on the airs and hypocritical conduct. Regarding Rama’s ethics, he explained that Rama was born to give form to the standards of ideal conduct, propriety and decorum.

One might also recall a Ramayana Convention back in the 1990s where there were several events organised around instilling values of the Lord in the form of talks, seminars, painting competition, songs, etc.  This was viewed as a stepping stone to promoting the Ramayana philosophy to Mauritius and Shri Arun stood as a pioneering person in that event.  Taking view that the Ramayana philosophy is universal, more a way of living than dogma, bountiful as the numerous artworks devoted to the Rama ‘Parivar’ (family), we are bound to express our profound respect to Shri Arun’s legacy to our island through constantly preaching the ethos of the ‘Ramcharitmanas’.  The Ramayana Centre commends this eminent scholar as one of its most prominent celebrants or ‘sewak’. 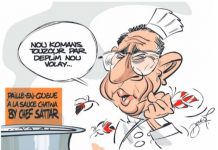 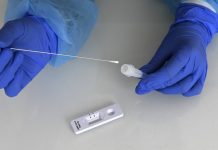 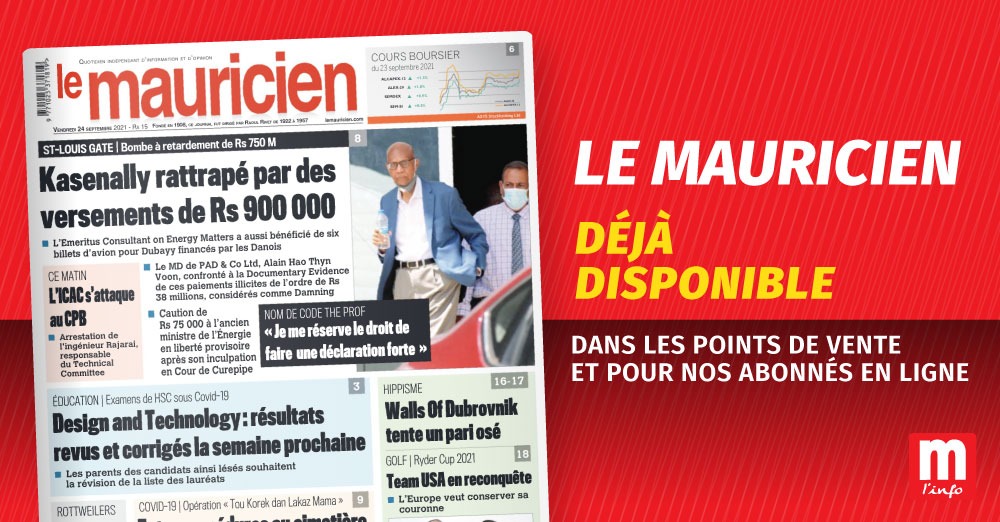