Bhojpuri speakers may use words from kreol morisien, French, English or other languages because there may not be alternatives or it may simply be out of habit.  Moreover, the speaker, not too fluent in Bhojpuri, may find that borrowed words allow him to manage to put across his idea, like in “volim-wa thora bese karda” (Please lower the volume), “laport-wa ke kadna tout gal” (The padlocks’s broken”).  Certain words cannot be avoided: vaccin, masin a lave, seswar, dantis, spesialis, late night shopping, “hamar mont ke batri fini hogal” (the battery of my watch isn’t working), Open Day, loan, labank, biro sekirite social, kart fidelite.

Borrowed words enrich a language and allow communication to take place. It may seem awkward but as long as they establish communication, it may be all right.  An old woman wants to buy an electronic gadget.  She’s asking for details: “Babu, kaun garanti ba ke laparey-wa mark japone ba?” (My son, what guarantee is there that this is Japanese made?”  The salesman may not understand Bhojpuri but nonetheless gets the gist of the message from the contextual clues.

Here are genuine examples of words from other languages found in Bhojpuri: “fim-wa kab khelata?” (When will the film be shown?), “enn per savat leponz kin diya” (Buy me a pair of thongs), “biskwi-wa ketna?” (How much does the biscuit cost?), “bazaar jat hawa?” (Are you going to the market?), “terin vag mein okar salte phek delak” (He has dumped his rubbish in an abandoned land), “dood mein melanze kar diya” (Mix it in the milk), “tablo lefase karke” (after cleaning the board), “ham lagazet mein dekli” (I’ve read in the newspaper), “bis-wa tarde karata” (The bus is late), “liv-wa bwat mein rak deli” (I’ve kept the book in the box), “devwar karke” (after finishing your homework), “taxi mein kaam karela” (He works in a taxi).

An old woman contacts a plumber for “tiyo bouse” (blocked pipe).  He does the necessary.  She could have said “chokar-wa bara accha kaam karlak” (The boy has done a good job) yet she says the boy is “debriyar”.  I may be wrong but I feel that this word carries a greater resonance, and plays on the boy’s feelings more effectively than the words in Bhojpuri.  So a word from another language may not necessarily be a bad thing. “Bimari” is illness but some people may not get the word easily.  Thus, we have “dokter tohar maladi accha kardei” (The doctor will cure the disease), “ou na, hamesa se apan faida dekhe la” (He always looks for his gain first) but we often hear “apan lavantaz dekhe la”.  “lavantaz” highlights the idea of selfishness more clearly.  The use of the borrowed word may not be conscious; somehow the speaker’s instinct tells him it’s more appropriate.

“Hamke lamin dewela pakaweke” (She helps me to cook), “sima koltare howata” (The road is being asphalted), “chahela soude kareke” (It must be welded), “kaise mamou, korek ba na?” (Is everything all right, uncle?), “enn espes lakangrin hogal ba” (He’s suffering from some sort of gangrene), “khali mekanisien saki debloke kare” (Only a mechanic can unjam it), “laika log kuk kasiet khelat hawansa” (The children are playing hide and seek). 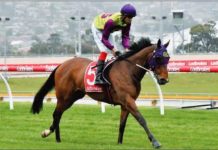 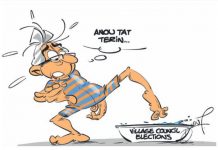