After Grenada, Vietnam, Cambodia…[no, oh no, you wouldn’t like me to name the 55-odd countries that the USA has invaded], the Imperialist-in-Chief has fixed his eyes on Venezuela as its next target. The big wonder is: do Americans, the greatest people in the world, suffer from the same loss of memory as their State. Hopefully no, as the majority would hate to live in a United States of Amnesia.

After the horrific devastation of more than 140,000 lives caused by Fat Man and Little Boy in Nagasaki and Hiroshima, the US State has decided to change its Weapon of Mass Destruction as the images of the carnage had upset the stomach of the world. Now the new Weapon of Mass Destruction is Economic Sanctions whose death tolls surpass that of all the nuclear, biological and chemical weapons used in the world. 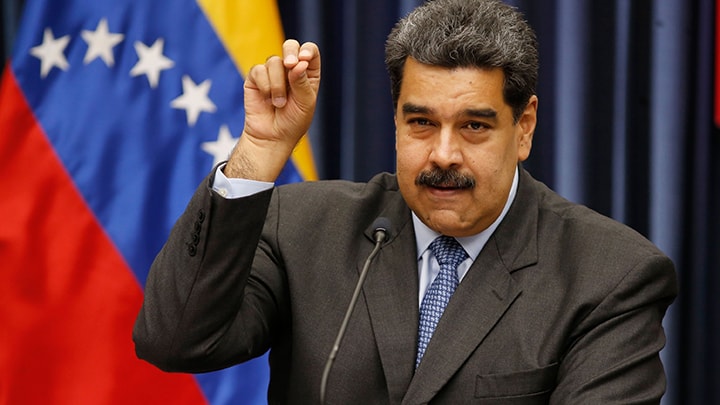 To fabricate a justification for the overthrow of the legitimate Head of the Venezuelan State, an aggressive smear campaign is under way in the western mass media to make public opinion forget that Maduro has been elected by a large majority of popular votes in a very democratic election overseen by world observers, that artificial food and medical shortages are created by the Compradors to incite people to take to the streets and that the curse of Venezuela is not dictatorship but its deposits of one third of the world Black and Yellow Gold and equally large deposits of Diamond and other Natural Resources. And to add insult to injury, Maduro dares invite non-USA companies to exploit its deposits and trade its oil in Yuan.

It seems that Maduro is a hard nut to crack. He has made Russia a partner in its oil wells, which means that attacking the Wells of Venezuela is declaring War over nuclear power, Russia. 15,000 Cuban elite army units are stationed in strategic positions in Caracas.

[The Cubans were in large part responsible for protecting Angola during the South African onslaught on the country.] No wonder, Iran must have offered the cooperation of its elite fighters who resisted the Israeli army over one month.

Maduro has, as an opponent, a deranged American President who gives one opinion and its contrary simultaneously, and whose advisers are divided on what course of action to take, with a nation bewildered and thoroughly fed up with their Commander-in-Chief who has not realized that his billion-dollar wall can be made useless by a $20 ladder.