Someone illustrated the Yellow Peril by breaking an egg, showing the separate state of its white surrounding its yellow yolk: however, by mixing them, the whole product turns yellow. This is to describe Chinese hegemony. And this discourse is used to frighten off those countries who have joined the Silk Road Initiative, now baptized BRI.

Our Prime Minister has returned from Beijing for the Africa-China meet, with the promise of some largesse no one would have dreamt of, after having hardly digested the Rs.650m as an appetizer from President Xi during his stopover here.

The detractors of the BRI are all out on a propaganda quest to derail the project by picturing it as a Chinese hegemony and Imperialism by suggesting that Xi is enlarging a debt trap in already indebted countries into projects that are environmental unfriendly and that will be beneficial to the donor only. One example which is oft quoted is that of Sri Lanka who had to cede its port to China.

Fortunately, the criticisms are emanating from third parties who have thrived on Imperialistic designs themselves and are jealous of China which is welcomed with open arms in Africa especially, the promised Eldorado.

A brief survey of the projects which China is bankrolling is enlightening: Sri Lanka is not indebted to China but to foreign banks and institutions and can reclaim its port once financially stable; China is the leader of Green Investment, building infrastructures to connect the whole world through roads, railways, ships and planes to ease exchange for development, energy projects, water damns, schools and hospitals. One example is the world biggest solar farm in the Pakistani desert to serve 320k households, and the Karakorum bypass, considered to be a wonder like the Taj Mahal.

Side by side with the propaganda machine, a Quartet has been created to counter the Chinese initiative [which has earmarked $1 trillion] with a paltry sum of $60 billion for infrastructure project in Asia which according to an ADB report, needs $13 trillion in the next 15 years to 2030.

The pace of development of the third world hangs between the effect of the propaganda of the Quartet and the understanding DCs show to the sincerity of China. 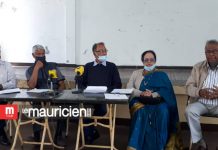 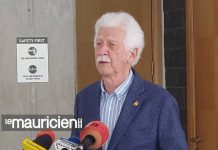 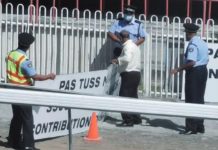