No industry has been hit by the Covid crisis as much as Aviation. This is not at all surprising as international travel has been the most severely impacted. Amidst positive news of an imminent vaccine, what is the current status of airlines – and what will become of them? And will airlines ever have a vaccine to protect them against politics?

Those who follow aviation know that this industry’s Achilles’ Heel is its volatile environment. Witnessed over and over again in terms oil price, weather and, not least, safety & security risks, volatility can destroy a weak airline, unable to weather an extreme shock even in the short term. Maybe even political interference could be classified as another source of malignant self-inflicted volatility… But, used to losing sleep to all of the above sporadic adversity, even airline executives were ill-prepared for the long-lasting, deep Covid crisis.

Major, well-run and sustainably profitable airlines such as Emirates, British Airways or Qantas have had to resort to thousands of layoffs or staff furlough schemes (unpaid leave) – or both – due to billions of dollars of losses. Some viewers may have seen on YouTube the heart-breaking story of the A380 Qantas Captain, turned Bus Driver, to put food on the table and keep his sanity. Other severely hit industries are relatively blessed by some mitigating factors, eg. hotels promoting domestic tourism or long-term residency with innovative visa schemes. 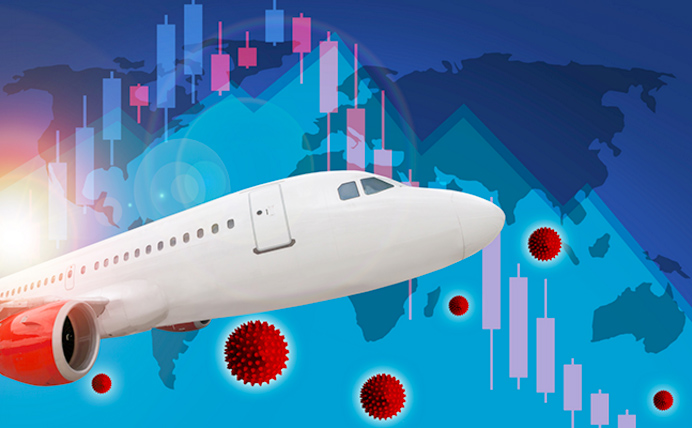 Even within aviation, the impact has not been felt equally across the board. But ironically, for once, the larger airlines, with high proportion of international passengers, have been hit the most by the double whammy of revenue reduced to a trickle and high fixed costs (eg. aircraft lease payments). Smaller airlines, especially those flying mostly domestic, are less exposed. US airlines have been flying during the pandemic, rightly or wrongly. Airports with a reasonable proportion of domestic flights have been able to maintain some revenue stream. Cargo flights provide some relief. The Indian Civil Aviation Ministry expects passenger traffic to reach pre-Covid numbers by… Jan 2021, a very optimistic forecast. Both JP Morgan (‘Valuation Dashboard’, Nov 2020 Edition) and IATA predict a return to some form of normality only in 2022.

There may also be more structural change in the offing. This sadly takes the form of bankruptcy for the most vulnerable airlines, even mid-sized ones such as South African Airways (SAA). If SAA does make a comeback, let us hope it will be under a less antiquated form of management, with neither corruption nor political interference. Interestingly, Etihad has announced that its business model is under review: it may emerge as a downsized, less ambitious (or should we say, less extravagant) airline. This, from the flag carrier of one of the world’s richest countries, Abu Dhabi – which had previously been on a buying spree of, not only aircraft, but also airlines around the world. Airports have become more agile establishing rigorous health protocols. These may help to better manage future global pandemics. Manufacturers could offer aircraft cabins with a more sanitised flying environment. Let us hope meddling governments have also been chastised and have learnt their lesson: an airline is not a goose laying golden eggs, especially those of the poorly-run, state-owned variety.

A study by Liverpool Airport many years ago, showed that one direct job created by an airline also created in parallel as many as four other indirect jobs benefitting the city (airport, hotels, restaurants, taxis and car rentals, security, Immigration and Customs, etc.). Of course, this strong multiplier effect works in reverse, as a divider, when an airline job is destroyed: the related indirect jobs disappear. Similarly, GDP growth has an income elasticity of 2 (‘The Airline Business in the 21st Century’, Rigas Doganis, 2001), meaning that passenger traffic increases at double the rate of economic growth – and, again, vice versa. Hence the strong impact of airlines, and aviation in general, on the economy.

No organisation can be fully protected against Covid. But having the right, lean and healthy business model adds to resilience. Airlines wrongly attract unfathomable passion, emotion, nationalistic ego, as well as misplaced glamour. They are thus a magnet for politicians craving the spotlight, especially in less rich countries, where an airline can have a disproportionately high bandwidth. With today’s breed of rebels-without-a-cause politicians, who possess neither ideology nor even vision, it is a match made in hell. When airlines are not allowed to develop and prosper in a sustainable way, eg. a poorly designed business model limping along ‘bon an, mal an’, the resulting impact from a crisis is far-reaching and overwhelming. As Warren Buffett says, it is when the tide is low that we see who were swimming naked. On a wing and a prayer… 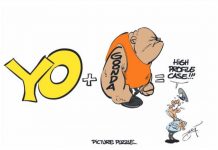