Mauritius will celebrate its 46th independance anniversary on 12th March tis year. This article starts with the 3rd Mauritius Constitutional Conference of 26th June to 7th July 1961 known as “The Mauritius Review Conference” and terminates with the grant of Independence on 12 March 1968. It is as usual based on declassified papers at the British National Archive (BNA) with a rational analysis of both events and evidence. History has an uncanny way of unfolding and this is apparent with the added benefit of hindsight. We will chapter the road to Independence by looking at the action of different protagonists. We will carefully look at role of, on one side, our colonial masters, British politicians in office and top Whitehall civil servants advising and assisting them and, on the other side, that of our colonial political leaders led by Sir Seewoosagur Ramgoolam (SSR) for independence and by Jules Koënig and Gaëtan Duval for integration with the United Kingdom.
The idea to grant Mauritius its independence came from the most unlikely quarters. The Americans decided Mauritius should become independent. But only after the Chagos Archipelago is detached and come directly under British administration and Diego Garcia lease to them for a military base. They wanted UK to pursue the constitutional issue of Mauritius Independence as quickly as possible without themselves gretting involved in it. The British agreed. This evidenced by records of highly confidential discussions between the United States of America (USA) Department of State ant the British Ministry of Defence held in London from 25th to 27th February 1964.
American President Lyndon Baines Johnson was then in office. In Britain, the conservatives were in power for 13 years (1951-1965) with confortable wins at three successive general elections: October 1951 under Churchill, May 1955 under Anthony Eden and October 1959 under Harold Macmillan. However, Sir Alec Douglas-Home was Prime Minister (the 4th conservative) for a year 1963/1964 following Macmillan’s resignation largely due to his Secretary of Defence, John Prefumo’s affair with the prostitute Christine Keeler who shared her charm with a Soviet naval Attachée in a bizarre ménage-à-trois possibly compromising defence secrets. Sir Alec’s Foreign Secretary was R. Butler and his Colonial Secretary was Duncan Sandys, successor of Ian Macleod, SSR’s friend.
We have to keep in focus a few events in the international panorama that had a bearing on the Anglo-American decision on Chagos. In 1954, Colonel Gamel Abdel Nasser seized power in Egypt and in July 1956 he nationalized Anglo-French owned Suez Canal. In August 1956, an Anglo-French expedition which landed in Egypt was forced to withdraw after American President Dwight Eisenhower angored by what he regarded as a display of Anglo-French “imperialism” imposed financial sanctions on Britain. This was a major, if not humiliating setback for Anthony Eden who had to back-out.
In 1961, Macmillan agreed with President John Kennedy that the gap from Suez to Singapore would be filled jointly by USA and UK. The arrangement became part of the fabric of British “East of Suez” policy well adapted to Harry Truman’s Doctrine of Containing communism yet somewhat anti-imperialist in nature echoing Macmillan’s famous rhetoric statement “Wind of change is blowing over Africa”. But British budgetary restraints made it difficult to maintain its carriership, for launching nuclear missiles and for take-off and landing operations for its combat aircraft like F1-11A. The leasing of Diego Garcia to the Americans to build a permanent land base for joint use appeared realistic. Suddenly the Chagos became the most prized archipelago for military operation because of its lonely yet strategic location in the middle of the Indian Ocean. 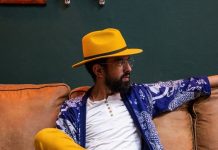 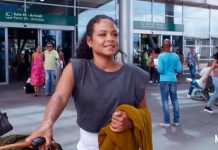