I’ll be the first to admit my limitations when it comes to gardening and flower selection. Little more than pedestrian petunias and pansies grace my garden, and to call my small plot a landscape would be a real stretch of the imagination. But I do admire how the experts, especially the British, can tame flowers and trees into all types of shapes and sizes and create magical gardens that awe and inspire. This led me to the infamous Chelsea Flower Show in London, which for the past 100 years has allowed garden designers and horticulturalists to be at the top of their game, while giving ordinary gardeners a chance to witness their brilliance.
It was truly an amazing event that has become far more than a show place for the latest varietals of orchids, roses or irises. Sponsored by the Royal Horticultural Society, it is the major spring social event in London, attracting the Royal Family (Queen Elizabeth is the RHS’s patron), and becoming a major corporate event as well. Corporations, with deep pockets and seeing a marketing opportunity, are increasingly underwriting the costs of the expensive and technically challenging show gardens, providing the financial backup to designers. And more than 250 private nurseries and a purveyors of garden must-haves, from boots to baskets, rent booths to exhibit their goods, hoping to make a sale to the more than 161,000 visitors who visited the show during it’s five day run from May 21-25.
But it is obvious that this is a more than a flower show, and I couldn’t help but think that Mauritius was missing out. For sure, this is a quintessentially British event, conceived to showcase the country’s love for flowers and the talent of its garden designers. It is held on the grounds of the magnificent Royal Hospital Chelsea, which cares for the nation’s elderly veterans, and proceeds from the show help finance gardening programs in British schools.
But ever since French rose growers appeared at the first show in 1913, the event has become markedly more international. More than 200 exhibitors have come from outside the UK since the beginning, and today the Dutch and the Americans are predominant. Commonwealth countries have also been well represented, and this year the Australians won first place for the best garden design. Africa also had a special place, with Prince Harry sponsoring a garden to spotlight his Lesotho-based charity, and a Dutch designer rolling out a colorful sun chair made in Senegal.
Inside the huge white tent known as the Grand Pavillion, Thailand set up an elaborate display of thousands of orchids flown to London in heated containers. The garden also featured small Buddhas and elephant statues. A French firm, Cayeux, had a show-stopping display of irises, and the Horticultural Society of Trinidad and Tobago created a artistic garden with plants found on the Caribbean island. That exhibit featured many of the same types of plants found in Mauritius – anthuriums, birds of paradise and tropical fruits. The idea was to create an artistic garden, but also to promote tourism to the island. Along the same vein, the state of Massachusetts, on the US East Coast, commissioned two designers to create a garden similar to those found in Massachusetts. The goal was to encourage garden enthusiasts to visit the parks and gardens of Massachusetts, and British tour operators are offering specialized garden tours to the state.
I wondered if the Chelsea show could also be an opportunity for Mauritius to promote its national parks and botanical gardens?
There are also opportunities for private business to make contacts. I had an interesting conversation with Emily Readett-Bayley, owner of Posh Salvage, a UK company that supports a conservation program in the rainforest of Borneo in Indonesia. Villagers there are able to support themselves by making baskets and rattan and wood products like tables, chairs and mirrors for export through her company. Given the interest in Mauritius in products from Indonesia, Readitt-Bayley said she would be interested in working with companies in Mauritius that might like to sell her products. (www.poshsalvage.com)
In addition, Nicky Marks, managing director of the Raj Tent Club, London, which makes handsome textile goods and decorative party tents in India, said her company is well-positioned to supply hotels in Mauritius. She said the company has already worked with the Prince Maurice. (www.rajtentclub.com)
Exhibiting at the Chelsea Flower Show requires at least a year of advance planning and applications are carefully screened. Tickets to attend the shows are in high demand and sell out quickly, so advance purchases are also encouraged. (www.rhs.uk.org) 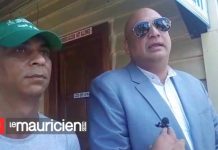 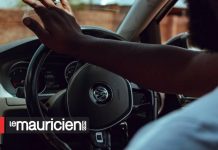 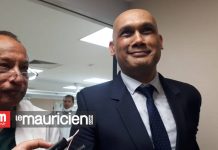