Dear Sir,
I would be grateful if you could bring to the knowledge of your readers the following clarification in relation to the press article which appeared in your newspaper dated 14th November 2012, entitled “Marcelin Humbert obtient la liberté conditionnelle” and where my name has been mentioned.
Please note that the article is totally erroneous and that it is not correct to say that “la décision du ministère public n’a pas été communiquée” without proper verification.
I have personally sent a fax to the Rose Hill’s Prosecutor Office on Monday 12/11/12 to communicate the stand of the Director of Public Prosecution in relation to the fact the DDP’s Office will not object to the motion for the release of Mr. Humbert on bail pending a decision is taken in the main case. In addition, I have personally spoken with defence counsel in relation to that issue and the latter had made no objection. Having communicated with the defence and the prosecutor regarding the stand of the DPP’s Office there was no need for me to be present in court on that day. 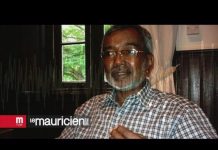