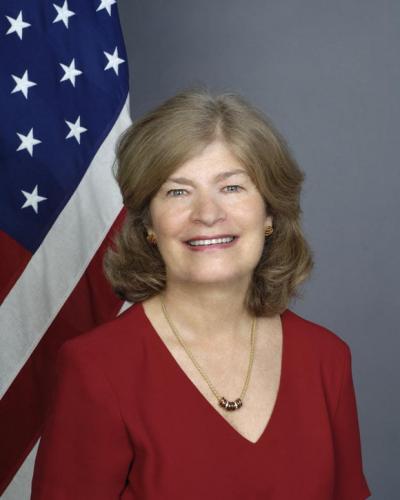 From rising seas across the globe and the melting of Greenland’s sheet ice to the bleaching of coral reefs around many coasts, the signs of climate change are all around us.  As a global society, we are at a critical juncture where our decisions today will help shape the climate our children and children’s children will be born into.
But this is not just about the future.  There are immediate benefits to keeping pollutants out of our environment: cleaner air, lower energy costs, and new growth industries.
These are the stakes at the 21st Conference of Parties (COP21) in Paris, where representatives from almost 200 nations, including Mauritius, will gather from November 30 to December 11 to negotiate a comprehensive climate agreement for the post-2020 world.  Now more than ever, there is social and political will to do something about the rise in global temperatures and its ripple effect through the environment.  More than 160 countries, including the United States, responsible for around 90 percent of global emissions, have announced climate targets ahead of the conference.  This is a clear step forward and a departure from the past.  As a reference point, only about 30 percent of global greenhouse gas emissions were addressed under the Kyoto Protocol in 1997.
The United States is taking bold action on climate change at home as we work with partner nations to do the same.  Since President Obama took office, the United States has reduced carbon emissions, tripled domestic wind energy production, and increased solar power twenty fold.  We’ve put in place stringent new fuel economy standards so that our cars are using less gas, energy use is more efficient, and an historic amount of land and water has been protected for future generations.  At the same time, the U.S. economy has expanded, proving that growth is not inextricably linked to carbon output.
Going forward, the Clean Power Plan will cut emissions from the U.S. power sector – which makes up a third of the nation’s carbon emissions– by 32 percent by 2030 and will save more than $50 billion in climate and health-related costs in the process.
With countries like China, India, and Brazil now pledging to reduce emissions, we have a serious chance to put in place a transformative plan.   In Paris, the United States will push for an effective agreement that continues to drive ambitious climate action by all countries, while recognizing the differences among them.  It should provide a long-term framework – with high standards of transparency and accountability – that calls on nations to ratchet up their targets over time.  And it must provide countries in need with financial and technical support for low-carbon development and adaptation to a changing climate.
Cities, businesses, and individuals all play critical roles in turning climate policy into action.  Former New York Mayor Michael Bloomberg is spearheading the C40 effort that links megacities in proactive steps to tackle climate change.  More than 80 companies including Alcoa, Coca-Cola, and Wal-Mart have signed the American Business Act on Climate Pledge, committing to actions such as investing in renewable energy and reducing waste.  Individuals make choices every day, from the type of coffee cup they use to the way they get to work, that have a huge cumulative impact.
Mauritius has an important role to play in these efforts.  Mauritius has an internationally-respected scientist as President, and other accomplished scientists and younger scientists eager to make a difference.  Concerned Mauritians working together with the countries capable scientists can sustainably manage their ocean resources and reduce their dependence on costly imported fossil fuels to preserve the paradise that is Mauritius for generations to come.?With leaders and representatives from almost every nation on earth convening in Paris, there is an historic opportunity to strike a far-reaching and durable climate agreement.  We have the political will and groundswell of social support to make it work, but we will need to come together and be pragmatic in order to reach a deal.  For brighter skies today and a more secure tomorrow, now is the time to act. 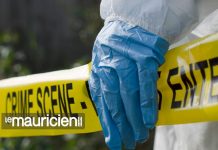