Did the autopsy attribute the cause of death drowning or not? This is a question of fact.
Should the Police Commissioner not have cleared this up promptly?
This example of completely contradictory press reports of a simple fact is just one of many cases. For example, we read reports of Manan Fakoo having been shot at with a sawn-off shotgun and thus “bal fane”. Did an individual policeman whisper this to an individual reporter? Or was a policeman put up to it? Who knows? Later the Police Commissioner formally stated that a .25 calibre pistol had been used. In the absence of clear statements from the Authorities, unhealthy relationships tend to develop between individual journalists avid for facts and their “sources” who leak things from inside the police. This can become donan-donan. The police give information and some reporters then publish police leaks later.

At a time when rumours run rife, when there is a health crisis demanding truth in order to control an epidemic, when an economic crisis is cutting working people’s incomes and thus causing high levels of anxiety, when suicide rates rise, when there are high-profile crimes with possible political connections, it is particularly important that facts are established.
We call thus on the Police Commissioner to give short, formal statements about the key facts.

The Authorities, in times of near-panic amongst the people, cannot just wait until the slow wheels of justice eventually get into motion. They have to inform us immediately in these high-profiled cases. Police Commissioner Servansing did clarify some issues recently in the case of the assassination of Manan Fakoo. But, we call for something more fact-based than his press conference was. Clearly, it is only during a Court Case that it will have become clear who the DPP is charging with what offense, what evidence witnesses give – and what verdict magistrates, judges or juries reach. What we need in the meantime are simple facts.

For example, after the deaths of Soopramanien Kistnen, Pravin Kanakiah and Manan Fakoo, there are already autopsy reports. These reports are facts, and contain facts. Step forward, Mr. Police Commissioner, and make them public! Someone’s violent death is not only a private matter but also public. It becomes public in the Judicial Enquiry, anyway.
In the Kistnen case, this will answer the question: Were there traces of smoke in his lungs? Yes or no? In the Kanakiah case, was there or was there not sea water in his lungs? Yes or no? In the Fakoo case, were bullets found in his body during the autopsy? If yes, the Regional Health Director should, in turn, answer the question: “Was there a surgical intervention at Candos Hospital when Mr. Fakoo was admitted, and what did it accomplish or fail to accomplish?” These are facts. No judgment needs to be made. No deductions concluded. Just give the facts. As soon as the ballistic report is ready, publish it. When the toxicology part of the autopsy report is ready, publish that, too.

Some other basic facts are also relevant. The autopsy report will show if it is true, as press reports allege, that Mr. Kistnen had pethidine in his system. Is this so? If yes, is it known or not known whether he was under medical treatment for pain? If a Scene of the Crime photograph shows Mr. Kistnen’s body without his shoes, this banal fact may be an important fact. Someone in the public, if they know this, may have seen a pair of shoes somewhere, for example, and this, in turn, may help the enquiring officers. There may be other cases of little gangs in that vicinity who rob people, then remove their shoes as a modus operandi to give the robbers time to abscond. This might give a different lead.

In the absence of statements of fact from the Authorities, rumours become rife. This century, rumours get turbo-charged by social media like Facebook and its notorious automatic algorithms. It may be true that some people relish rumours. But the vast majority of us do not. It is very difficult, however, for honest people to quell rumours if the Authorities do not publish the basic facts as they emerge. So, the Authorities must give us the facts. 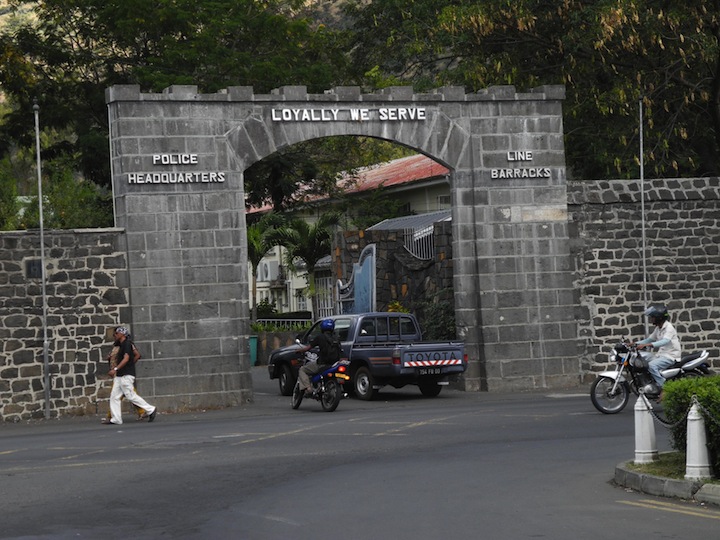 We recognize that there is a problem in the police force. Most of the high-profile criminal cases end up being investigated by the Central CID, and MCIT – by definition. In LALIT, we have for a long time denounced some central teams of enquiring officers as being precisely the sections of the police services that are both incompetent and brutal. We in LALIT, together with others, set up the association Justice: Association against Violence by Officers of the State that for years exposed the torture and cruelty inflicted by officers of these particular branches on those they arrest. It seems that the only method they have for solving a crime is to arrest or beat-up suspects, witnesses or victims of mistaken identity, in order to force a confession or an allegation against someone else. Then armed with their “confession” or “allegation”, they go to the DPP. This was the cause of the uprising when Kaya was found dead in his police cell. LALIT is still until today calling for a Commission of Enquiry into his death over and above into the riots. So, the credibility of enquiring officers is still a problem for the Commissioner of Police to deal with until today. (It is not just in Mauritius. Note that recently in Nigeria the uprising in Lagos against police abuse was against their Special Anti-Robbery Squad, which had become out-of-social-control and has since been disbanded.)

In addition, there is another problem. The harm done by the social media spreading lies within a self-perpetuating “bubble” is only now being addressed in the USA after something as serious as the 6 January failed coup d’état. World-wide social media companies still do not have the criminal or civil responsibility of newspaper owners and editors for what they publish. They publish anything. The law still sees them as a kind of private postal service. But, the problem is now beginning to be addressed belatedly.

Today, each newspaper empire in Mauritius as elsewhere is, remember, a private institution with an agenda of its own, hidden in plain sight. We all saw the cumulative harm done by Rupert Murdoch’s Fox News whose agenda prepared the extreme-right coup attempt in Washington on 6 January. It is useful to make the comparison with the American far-right, even with the QAnon loons. Strangely, political events in Mauritius pre-figured some of the most terrifying events in the USA: first, we had Pravind Jugnauth in 2012 calling the Ramgoolam government “guvernman pedofil” – much pumped up in the Press – long before QAnon in the USA started its campaign that the Democratic Party in the USA was “pedophile”; second, we had the “eleksyon kokin”, “eleksyon marday”, “eleksyon trike”, “frod elektoral” brigade – also much pumped up in the Press – in Mauritius from a year before Donald Trump began his campaign where he lost 60 court cases on the same slogans (“stolen elections”, “rigged elections”, “stop the steal”) and then led an attempted coup. All this to say that we live in an epoch of political currents making use of an intersection of lies, fabrications, innuendo, conspiracy theories and rumours on social networks and in parts of the press – for political gain. It almost becomes a game, like the hideous and childish “Lareg-Gate” video published by a daily attacking the last general elections.

The constant undermining of the truth becomes a hazard to the little democracy we have, for generations, fought so hard for.

And it is not just the Authorities who have protocols to follow and changes to bring in.
Lawyers, like the so-called “Avengers”, need also to take their responsibility seriously. If they use the Press, they must make public all facts they know. This may, in turn, damage their client’s interests later on. This is why we cannot rely for “facts” just on the lawyers defending their client’s interests.

Journalists, including those at the MBC, all need to establish facts before publishing what are essentially rumours, at best, or planted falsehoods and propaganda, at worst. One extreme example was when the Press literally crucified a man called Azie for the rape and murder of the young Nadine Dantier in 2003, based on information clearly leaked from the police in order to show, we assume, how they were “doing something”. DNA proved beyond any doubt that the crime was not committed by this man. Another extreme example was when Serge Victorine was killed by police officers after the rounding up of escaped prisoners following the 1979 mutiny, the police leaked information that he had been locked up on charges of rape and sodomy. This was published as fact in the Press. We, in LALIT (Lalit de Klas, at the time), took up his defense at the request of his family, together with the late Week-End journalist Coll Venkatasamy. Only many years later, in 2003, did we meet Victorine’s co-detainee who said that he had been charged with armed robbery, not rape and sodomy. The information leaked to the Press was pure concoction to attempt somehow to “justify” Serge Victorine’s body, covered in physical injuries, found inside a police cell. All this to say, we cannot rely even on the Press for all the facts.
So, what is LALIT proposing? For a start, we are not proposing repression, e.g. piecemeal early morning arrests against individuals who criticize Government ministers on social media. We propose FIVE things:
1. Regular briefings on basic facts in high-profile cases by the relevant Authorities.
2. The introduction of a Freedom of Information Bill so everyone has access to all information the State holds on them, personally, and on any issues of public interest. (A fee to cover costs of retrieval can be charged.) This will also help journalists do proper investigative work.
3. That confessions no longer be accepted as evidence until made before the Judiciary in open Court. This will eliminate part of the brutality and torture that corrupts this branch of the police so deeply.
4. That the system of provisional charges be put into question, as it nurtures the brutal culture of locking up a suspect, slapping on a provisional charge, beating him up as means of enquiry.
5. The MBC must be given its relative independence from the Government, along the lines of the BBC.