Each year, on 23rd August, the United Nations Educational Scientific and Cultural Organisation (UNESCO) commemorates the International Day for the Remembrance of the Slave Trade and its Abolition. On 2001, Koichiro Matsuura, the then Director-General of UNESCO, explained to member states that:  “The 23rd August is an occasion to recall a

tragedy long overlooked and to restore it, in its rightful place in the history of humanity bearing in mind its universal nature.”

In general, UNESCO wants to use this special day to encourage its member states to pay homage to the memory and suffering of the 10 to 15 million Africans who were torn from their beloved Africa and transported as slaves to European colonies in the Americas, the Caribbean and in the Indian Ocean, including Mauritius. At the same time, UNESCO also tries to pay tribute to the millions of slaves who died while being transported to these colonies.

During the first half of the nineteenth century, Great Britain was the first major European power to abolish the slave trade through the Anti-Slave Trade Act of 1807 which came into force in all its slave colonies during the following year. In Mauritius, this act of parliament took effect immediately after the island fell under British control. However, during the 1810s and 1820s, the slave trade proved to be a very controversial and divisive issue between the island’s British administrators and the Franco-Mauritian slave-owning elite.

In December 1810, British soldiers conquered Isle de France and brought an end to French rule on this island when General Decaen accepted the terms of surrender and signed the Capitulation Treaty. The importance of this famous treaty cannot be underestimated because as one Mauritian historian recently explained: “The Capitulation Treaty guaranteed for the French planters the preservation of their property, language, culture, and religion.”

Therefore, it preserved the rights and property of the French colonists of Mauritius, Réunion Island, and Rodrigues. They firmly believed that, even with the advent of British rule, this treaty also preserved the slave trade. In 1829, Royal Commissioners Colebrooke and Blair pointed out: “For a short time after the capture of Bourbon and Mauritius, the slave trade does not appear to have been resumed to any great extent. The interruption of general commerce during the war, and the restricted intercourse with Madagascar…”.

During the same month that the British took over Mauritius, Sir Robert Townsend Farquhar became the island’s first British governor and he ruled the island between 1810 and 1817 and again from 1820 until 1823. As the new governor, Farquhar had the extremely difficult task of reconciling the Franco-Mauritian slave-owners of living under British rule and obeying British laws as British subjects. In particular, one of the most difficult British laws that he had to get the Franco-Mauritian settlers to obey was the Abolition Act of 1807 which outlawed the slave trade in all of its slave colonies. 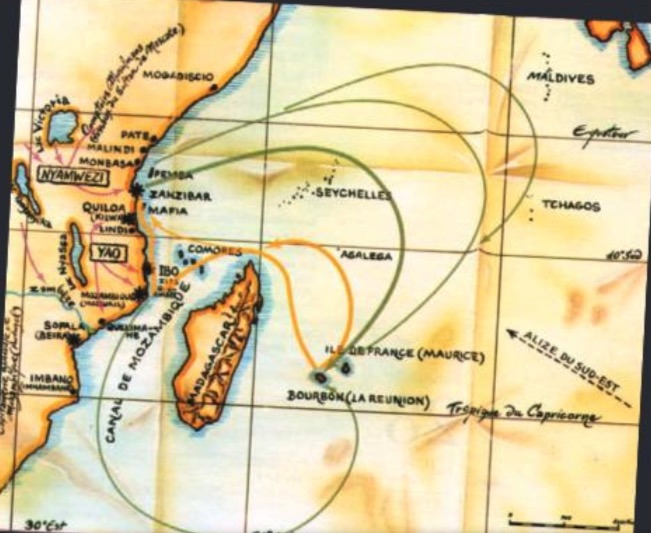 Almost a century and a half later, one of Farquhar’s distant successors, Governor Sir Robert Scott, explained, while writing on the illicit Mauritian slave trade during the early 19th century, that :

“The problem of slavery was, in fact, one of the most vexatious with which Farquhar was faced immediately after his assumption of office. The economy of Isle of France has rested very largely on slave labour and the programmes of public works followed by its various governments had depended on its availability. The slave trade was not only an obvious way of expanding the economy, but also a source of great profit to many private individuals… Farquhar accepted the existence of a slave-owning society as an ‘Institution subsisting in the said islands at the time of the Capitulation’ and was disposed to recognize the slave trade as falling under the same provision.”

In 1829, an interesting observation was provided in the Report of the Commissioners of Inquiry upon the Slave Trade at Mauritius, when it was mentioned that the Franco-Mauritian slave-holders firmly believed :“that the terms of the capitulation by which their laws were preserved has secured to them the right of continuing the slave trade, received in some degree, the support of Governor Farquhar; and the observations contained in his dispatch, dated 15th February 1811, imply that the inhabitants had begun to consider of the means of rendering the labour of their slaves more profitable, and of increasing their stock.”

The observations of Governor Sir Robert Scott and Commissioners Colebrooke and Blair about Farquhar is clearly seen in a famous dispatch which the first British governor sent to Lord Liverpool, the Secretary of State for the Colonies, on the state of the Mauritian economy. Governor Farquhar explained that because of the Royal Navy’s blockade of the island ever since 1806 and of natural disasters such as cyclones and diseases, many slaves had died and in the process, resulting in a severe labour shortage.

Furthermore, due to this serious shortage of manpower, the price of slaves had increased sharply and numerous employers were unable to hire slaves, wages also increased, and it was extremely difficult to find free labourers. Governor Farquhar was firmly convinced that if an adequate source of labour was not found to offset the shortage of slaves then, the colony’s economy would collapse and there would be suffering on a terrible scale in Mauritius.

He even put forward the dubious idea that slavery and the slave trade in the new British colony was protected by the Capitulation Treaty. In addition, even if this important treaty did not cover the issue of slave trading, Sir Robert understood that the British imperial government had allowed one of its slave colonies in the Caribbean to import a certain amount of slaves in 1810.

Even more surprising was the fact that the British governor thought that a British imperial law which was enacted before the acquisition of a colony could not apply to that newly acquired territory, such as Mauritius and its dependencies, unless there was a specific clause in that law which made it applicable. Farquhar requested for instructions from his superior at the Colonial Office in order to deal with these matters. 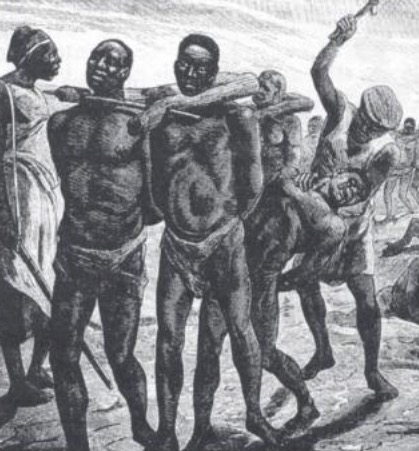 In early May 1811, Lord Liverpool, explained that he was amazed that the newly-appointed British governor would even think that an important law enacted by the British parliament such as the Abolition Act of 1807 would apply only to the older British colonies and not to the newly acquired ones like Mauritius. The Secretary of State for the Colonies made it clear to his subordinate that he had to strictly enforce the anti-slave trade law and to severely punish all those who would illegally import slaves into Mauritius and its dependencies.

In October of the same year, Farquhar received Lord Liverpool’s dispatch and it became clear to him the policy of the British imperial government when it came to the slave trade issue. Without wasting much time, the British Governor, who was clearly embarrassed by such a harsh rebuke from his superior at the Colonial Office, informed Lord Liverpool: “I have the honor to acknowledge the receipt of your Lordship’s letter of the 2nd May 1811 noticing that part of my despatch of the 15th February which relates to the slave trade and expressing some apprehensions that I may have suffered it to exist, previously to the arrival of the necessary explanations on this subject from home. I beg leave in reply to assure Your Lordship that every precaution has been taken on the part of government to prevent the importation of slaves, and that where attempts have suspected to have been made for their fraudulent introduction, under false pretences the ships have been seized, and duly sent to the Vice-Admiralty Court at the Cape of Good Hope for adjudication and that the property has been held in sequestration by me to abide the judgment of that court, when penalties incurred shall be duly enforced.”

Despite Governor Farquhar’s reassurances between 1811 and 1827, between 50,000 and 65,000 African and Malagasy slaves were illegally imported into Mauritius, mostly by French and Portuguese slave traders. In addition, they received a lot of help from many of the Franco-Mauritian slave-owners as well as from a number of local colonial officials of French and British origin.

After all, in 1822, in his voluminous Three Years Administration of Isle de France, Edward Byam, the Chief of Police in Mauritius between 1819 and 1822, explained that when it came to the illicit slave trade: “The little regard paid to the [Slave Trade] Abolition Laws, since the Conquest of this and the neighbouring island of Bourbon has been and still is a daily and universal experience, which may be collected from every conversation, seen by all around you, and known by the most notorious acts.”

In conclusion, between 1811 and 1827, thousands of slaves died during and after the inhumane slave voyage to Mauritius from Madagascar and East Africa. This terrible tragedy forms an integral of our country’s painful past which must be remembered each year by the Mauritian nation during UNESCO’s International Day for the Remembrance of the Slave Trade and its Abolition. 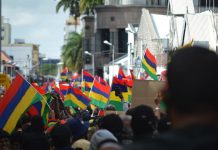 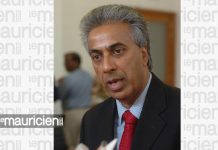