To be good, to be respectful, to listen to our elders, well to simply be at the best of their behaviors. We have remembered to teach our children values, traditions and religion, but 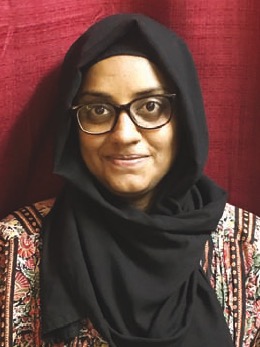 are these enough in today’s world where they are exposed to so much, at such an early age?

While there are many obstacles children shall have to overcome in their lifetime and be successful, there is one hardship that no child should ever have to overcome: the hardship of child abuse. A worldwide problem which has increased along the years, that is yet to be fixed but which just seems to be getting more horrendous day by day. And this predicament has not spared the soil of the island which we call paradise.

We always live in the illusion that this wickedness will happen but to someone else and never to us, until one day it does. Until, one day without notice, it is at our threshold. We may not spare every little struggle to our children, we cannot be ever-present in their lives, but we can prepare them to battle life with the proper shield.  Education, the weapon to better protect our future generations.

We have recently, again been faced with, yet another example of this predicament which is unfortunately, amongst so many. If these heartbreaking events have taught us one thing for sure, is that this evil which never should have happened in the first place, is reported at a moment when the innocent life is already scarred and for some with more devastating consequences. While some are reported, some get lost in the shadows of an innocent burdened heart.

Despite the ominous lurking danger on the most vulnerable ones of our society, so sensitive a subject child abuse remains, that we still feel hesitant to talk about it out loud. Should not the recent incident instigate us to raise more awareness on this issue. Is it not time for us to do a more aggressive awareness on sexual assault before we come face to face with this devil ourselves? Is it not yet the time for us to move ahead of our taboos, to ensure that no other child should have to tread the path of this agony? What will be done from the educational system to bring this awareness to children? Will the silence around this malevolence perpetuate?

Sexual education class had been familiarized some years back into every secondary school as part of the curriculum. Yet, while in some schools it is mandatory, in others it is up to the school’s will. In yet other schools, regrettably, it was never heard of again despite having been, at one point, part of the study program. In parallel, the response and the perceptions of parents on the subject have contributed to the discontinuity of it in some institutes as well. Whilst, some parents considered it part of the education and that the institution knows best, some parents astonishingly were vehemently against it, considering it offensive and a waste of time. Thus, regrettably preventing the right information to reach their children at the right time. Is it not better to receive the right information from qualified people than receive erroneous information from peers or even the internet?

From experience, and for which I am extremely grateful to the college I attended, sexual education came as a salvage to the young scared mind of puberties of eleven-year olds, full of questions at that time of life. Sexual education simply allowed us to discover ourselves. Like everything we possess comes with a manual, so was EVA (Education à la vie et à l’amour) class to the young mind: it permitted us to discover how we work. Regardless of what some parents think or might have thought of at that time, it proved to be more liberating than a perversion to our minds. We were free to ask every question a reckless mind of eleven could think of, no taboo, no shame, just the liberty to explore a subject which was shyly whispered around. It became of the most awaited class of the week. Because, we were no more frightened or ashamed of our changing bodies. We understood it. Hence, making it difficult to trick and manipulate us.

Let us give our children the proper counselling at their school premises, that they are aware when to raise their voices when they feel something is wrong, yet again, we ought to teach them of the wrong itself in the first place, so they know that the happenings are not right. Shouldn’t we allow the tots the opportunity to protect and defend themselves and know when to raise the alarm of an evil happening to them or their surroundings?

Maybe the time has come to form our educators in a way that they are able to instruct our children on evils such as sexual assault or any kind of abuse whatsoever since the first days our kids attend school itself. Because, by times, unfortunately, some parents despite themselves and their good will, are not really equipped to guide their child on this matter.

Maybe, the time has come that we coach our teachers in a way, that they be able to detect the behavioural changes in children for, a huge part of our children’s days are spent around school with the teachers, making it easier for them to detect the slightest change in a child. Hence, the importance for our education system to cater for this a little more because such is that evil which can be bought with treat or threat from our children.

Noteworthy is the work of some school on this matter, where some schools are very strict on issues such as bullying, noteworthy is the on-field and sensitization work of some NGOs around the island who work relentlessly on this matter to help create a greater awareness on this issue, maybe the time has come where we open more our doors to them and let their voices be heard even louder. Commendable as well, are those parents who have sit down their children to explain all of these, for prevention is better than cure.

We bow to you women who stand the battle of life, we bow to you family who took the hands of the afflicted rather than the head of shame of a society here to silence you. Behind you we walk, so that, proudly we can be parents who defended the wrong done to you which could have knocked on our own doors. Silently, we bleed our hearts with your tears, so you know that you are a warrior, not alone. We march with you, so that your footsteps should resonate to those who were made to feel ashamed of themselves for a wrong they were never responsible of in the first place, so that in their heart they come out of the darkness. So, that no child, male or female, should lose more than their toys at the age of lightheartedness. No one is ever safe. It can come to your doorstep as well. Allow them that education which can save them and save you.