On the historical day the Mauritian legal team, led by Sir Anerood Jugnauth, was addressing the International Court of Justice (ICJ) on the right of Republic of Mauritius to exercise its sovereignty over the Chagos Islands, Pierre Prosper, Chairperson of the Chagos community in Seychelles, reportedly told the Seychelles News Agency that the demands of the Mauritian Government are commercial and have nothing to do with the welfare of the Chagos community. Prosper went on to say that Mauritius is seeking rent from the US and new fishing grounds. He was worried that if the demands of Mauritius for sovereignty are acknowledged the Chagossians will find themselves in a darker hole. In other words, Mauritius is not interested with the plight of the islanders and the Mauritius-based Chagossians have been misled.

Behind the veil of Prosper’s statement

As expected, the carefully crafted statement made by Prosper echoed worldwide in the International press and could not have been missed by the judges of the ICJ. It must have rejoiced the UK side. It concords with their strategy to isolate the Chagossians and sever any support to Mauritius in its claim to exercise its sovereignty over its islands. The regular meetings of Chagossians who hold UK citizenship with the British authorities have always been politically motivated. After all, in the case of Falklands and Gibraltar, the inhabitants have expressed their wish through a referendum to remain British. But in the case of Chagos, the situation is more complex since the Chagossians are asking the impossible, a right of return and so far, it has not been possible to reconcile these differences.

One could attempt to draw a parallel with the Falkland Islands and Gibraltar, where citizenship was granted to the inhabitants and became an underlying defining factor for UK sovereignty accordingly. After all, the Chagossians too have been provided with UK citizenship. However, this correlation fails to acknowledge the inherent crime of eviction and the right to return to the islands which places the Chagos dilemma in a particular category of its own, and which strips the UK of the moral high ground which allowed it to claim Gibraltar and the Falkland Islands by way of referendum. The Chagossians, never voted from the security of their home.

Caught between anvil and hammer

Although Bancoult’s position has always been incongruous and detached from that of Mauritius, there is no doubt that there has been a significant shift in his strategy. Firstly, because he has realized over the 50 or so years of British occupation over the Chagos, that the UK has never had the welfare of the Chagossians at heart. These are people who were despatched in violation of basic human rights for geopolitical expediency. Secondly, the Chagossians are now reconciled to the idea that the road to resettlement is through Mauritius exercising its sovereign rights over the Chagos Islands.

The Mauritian delegation was absolutely right to adopt a united front and put the case of the Chagossians community for resettlement before the ICJ. Like all Ministers of Foreign Affairs, whenever the question of Chagos was raised with my UK counterparts I made it clear that as a sovereign state our territorial integrity was sacrosanct. Mauritius has under successive governments unequivocally stated that the two issues i.e. sovereignty and resettlement, are inextricably linked and the Mauritian Government can look after the interests of its citizens of Chagossians origins.

The British, in a rhetorical and casual manner, would always say that the Chagossians’ plight is a separate issue from that of sovereignty, thereby insinuating that the UK government is well aware of what is best for its “Chagossians” citizens. This approach clearly served the British interests.

Let us look at the facts as to how the Chagos community has been dealt with all along.
The first act was an attempt to deny that there were permanent inhabitants on the islands. This has been evidenced by the infamous Telegram No. 2839 dated 8 November 1965 by Lord Caradon, the British permanent representative at the UN. In this telegram, he expressly requested the Foreign Office to delete the words “virtually no permanent inhabitants” and replace them by « no permanent inhabitants” to ensure that the UN did not become aware of the presence of the islanders as permanent residents in the Chagos.
In 1968, three years after detachment of the islands from the Mauritian territory and the eviction of all the islanders, the British surreptitiously introduced section 20(4) in the Mauritian Constitution, a section which was drafted in very general terms but had the effect of deeming all Chagossians to be Mauritians. This was a clear move to support their contention that the Chagossians were mere transitory migrant workers (and not permanent inhabitants) on the islands, in spite of the fact that they were third generation Chagossians and could trace their ancestors on the island to the late 18th century.

In reply to the prolonged political and legal campaigns by the Chagossians for a right to return, the UK government saw no better response than having recourse to a Prerogative Order (an old monarchical instrument that does not require the verdict of Parliament) enabling the British Indian Ocean Commissioner to enact the 1971 Immigration Ordinance. This Ordinance expressly prohibited the right of return.

In the year 2000, the UK High Court quashed the 1971 Ordinance and offered hope of a right of return to the Chagossians. There was an immediate reaction from the UK Government. They commissioned a feasibility study and it concluded that settlement was out of question since it was prohibitively expensive, insecure, coupled with the fact that climate change threatens the very existence of the islands. Yet these warnings never applied to the Americans who currently still serve on Diego Garcia.
These concerns were seen as valid justification for the introduction of a new Prohibition Order for resettlement, the 2004 Immigration Prohibition Order.

In 2010, feeling threatened by the various challenges against the Prohibition Order, the UK government declared the Chagos Archipelagos as a Marine Protected Area (MPA) and made it clear that any resettlement was definitely out of question in view of the environmental risks that any resettlement represented.

The plan to set up the Marine Protected Area was concocted by FCO (Foreign & Commonwealth Office) and spearheaded by the then Minister of Foreign Affairs Hon D. Miliband. They rallied support from academics, environmentalists whom they largely funded to declare the Chagos Archipelago as the world biggest Marine Protected Area. Greenpeace, unaware of the sovereignty issue and legitimate rights of Mauritian Chagossians had become a willing ally of the UK. An international symposium was organized on the merits of MPA by the University of Southampton. Mr Venkatassen, leader of UK Chagossians group, chose the venue to make a statement critical of the Mauritian Government.

An invitation to attend the meeting was sent to the Mauritian High Commissioner in London and was declined on my advice. My Adviser Ms S Seeneevassen forwarded a letter to Greenpeace to put them in the picture. This déjà vu and déjà entendu phenomenon of our UK friends was loud music and deafening to our ears. As a responsible Government we had to do the obvious. The PM was right to lodge a case on behalf of the state before International Arbitral Tribunal.

In March 2015, the international arbitral tribunal set up under UNCLOS (United Nations Convention on the Law of the Sea) ruled that the establishment of a Marine Protected Area around the archipelagos was a breach of international law.

Had it not been for the forceful stand of the Government of Dr. Navin Ramgoolam and for WikiLeaks, which divulged the correspondence between the US and UK as to the real motivations behind the MPA, the UK would have got away with the excuse of the environmental concerns to close the door permanently to a resettlement.

There are certainly valid grounds to protect the pristine waters of the Chagos but the creation of a Marine Protection Area should not be used as an excuse to prevent resettlement the islands’ rightful inhabitants. In fact, the Chagossians may well have been the best stewards protecting the environment around their islands.

In February 2018 Olivier Bancoult challenged the creation of the MPA before the High court, as a follow-up of an action in 2014 given the disclosure of the information from Wikileaks. The representative of the UK government who was called as a witness, vehemently objected to the court having access to the exchange of diplomatic correspondence between UK and the US. The documents would have shown the real motivations of these two countries, to deny once for all any attempt at resettlement. Their environmental concerns were merely a collateral issue.

The conduct of the UK Government over the last half century clearly provides cogent evidence of the determination of UK to deny the Chagossians of a right of return. How and why would the Chagossians trust them today?

Olivier Bancoult and the Chagossian community are not being misled nor being given false expectations by the Mauritian government as some may claim. It is obvious to them that the right to return is inextricably linked to the sovereignty issue. Of course, the decision of the ICJ will be an advisory opinion but a victory in favour of Mauritius will weigh heavily in any subsequent round of negotiations.
Successive Mauritian governments have made it clear that Chagos issue is not only one of sovereignty, but also about a return to the island for the displaced population. The presence of the Chagossian community before the ICJ was an opportunity not to be missed since the whole world took notice of their plight.

Where is the culture of restraint?

We could rely on Sir Anerood Jugnauth to unleash his usual diatribe after his return to Mauritius. It would have been too good to be true that he should behave as a patriot on one of the rare issues that unites all Mauritians. Henri Marimootoo has, in a recent issue of the Week-End newspaper said it and I need to repeat it. After stating authoritatively and backed by documentary evidence, how the former Mauritian prime Minister SSR was blackmailed, SAJ produced a new version as soon as he landed in Mauritius. He does not realize the untold harm that such gratuitous and cheap comments can cause to the proceedings before the ICJ at a time when the advisory opinion is yet to be delivered.
Instead of his usual invectives, he should have reminded us that thanks to the SSR government, an all-party delegation led by Honourable R.Purryag, Minister of Social Security, secured from the UK government, then represented then by Sir Leonard Allison of the Foreign commonwealth Office, obtained an ex-gratia payment of £4 million pounds. The agreement was later signed in 1982 by the incoming government with Sir Anerood as Prime minister in “full and final” settlement of all claims against the UK government.
It would seem that the ability to lead and maintain a united front, cutting across party and/or identity politics on national issues is a hard lesson, and yet to be learnt, even by a seasoned politician such as Sir Anerood. 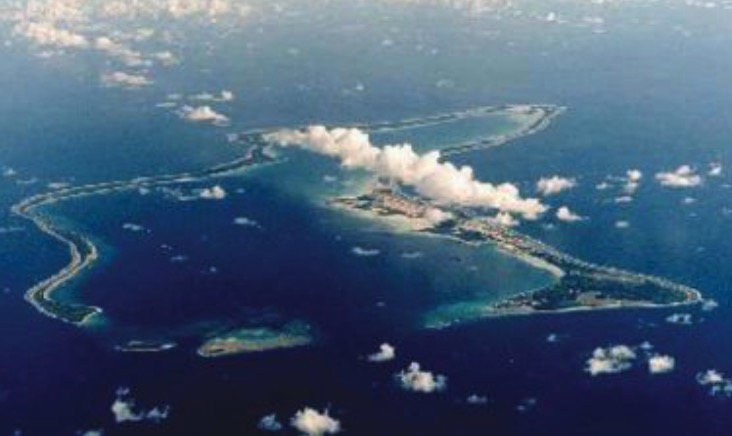 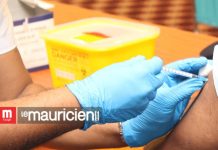 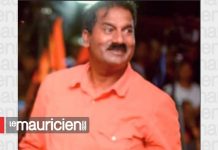 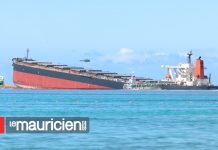