After the abolition of slavery, Britain paid millions in compensation – but only slave owners reaped these financial rewards while the enslaved got nothing. Instead they had to continue to work for four years to purchase their freedom. In fact, there was a continuum in British policymaking in the period before and after abolition.

On 28 August 1833, some twenty-six years after the abolition of slave trade in 1807, the British Parliament finally voted for the gradual emancipation of the enslaved people in the British Caribbean, Mauritius and the Cape. The Act for the abolition of slavery throughout the British colonies, for promoting the industry of manumitted slaves, and for compensating the persons hitherto entitled to the services of such slaves represented a compromise between abolitionist outlook and colonial property interests. The Act of Abolition itself, in many ways an ambitious document, was nevertheless limited by two key concessions to planters. Firstly, though the enslaved were legally freed, they were to remain bonded to their former owners as apprentices for a further period of four years in the case of non-praedial enslaved and six years in the case of praedial enslaved. Secondly, in addition to the labour of their formerly enslaved workers during the period of Apprenticeship, the owners of ‘slave property’ received an indemnity of £20 million — the equivalent of around £17 billion today — to compensate for the lost capital associated with freeing the enslaved. The Slavery Compensation Commission was thus set up in late 1833 to administer the difficult task of awarding the compensation to the slave-owners in the former slave colonies.

The main economic issue of emancipation

In recent years there has been much debate on a compensation to be paid to descendants of enslaved persons as reparation for their exploitation under slavery. “Reparations” were also a subject of dispute during the dismantling of slavery but the bone of contention at that time was the amount of the compensation that should be paid to slave-owners. For even those members of the House of Commons who were most zealous in their condemnation of the institution of slavery in general, respected the legal and moral rights of owners of property, including property rights in human beings. Thus, the main economic issue of emancipation was not whether slave-owners should be compensated, but rather who should shoulder the costs of such compensation (Draper, 2009; Engerman, 1974.).
On 3 August 1835, Nathan Mayer Rothschild and his brother-in-law Moses Montefiore, two of Europe’s most famous bankers, came to an agreement with the Chancellor of the Exchequer to give one of the biggest loans in British history. The British government thus borrowed £15 million, asking for an additional £5 million later on, to finance the slave compensation pay-out required by the 1833 Abolition act. The total sum of the funds borrowed represented 40% of the British government’s yearly income in those days, equivalent to about £300 billion today. The amount of money borrowed for the Slavery Abolition Act was so huge that it was only in 2015 that this debt was paid off.

Regarding the labour question, though it is considered as a watershed in the history of the British Empire, the abolition of slavery did not mark a clear or immediate rejection of unfree labour. What followed emancipation often mirrored slavery in significant ways. The inflexibility of the colonial legislatures and assemblies had resulted in the abolition of slavery by Act of Parliament, but this legislation marked the start of a gradual transition rather than a definitive break with the past (Burn, 1970). The years that followed highlight the ways that planters, colonial administrators, and government officials alike were limited in their visions for the future by the assumptions and experiences of the past two hundred years.

Labour shortage remained a problem in all British slave colonies including Mauritius where it had been an issue since the abolition of slave trade had blocked new shipments of enslaved. The end of apprenticeship worsened this problem when many ex-apprentices chose not to continue to work for their former masters. In Mauritius, anticipation of abolition led to the immigration of Indian indentured labourers as early as 1829. This transition from slavery to freedom was most striking in Mauritius where there was almost a total withdrawal of the existing enslaved population, which was largely of Afro-Malagasy origin, from the plantations. By 1846, only 1.3 per cent of the workforce on the sugar plantations was made up of freed persons (Allen, p. 127). Many moved into market gardening. Others found land in mountainous areas that was not suited for sugar, but was quite adequate for subsistence agriculture. Within ten years, there was a complete transformation of the labour force from enslaved to indentured labour and from majority African to a solidly Indian workforce.

The “problem of freedom,” for American historian Thomas Holt, was that it “was as if part of society would have to be enslaved to preserve the liberties of the rest” (Holt, p. 38). The Act of Abolition presented a new problem for a supposedly liberal empire that demanded new solutions, but got old ones. Apprenticeship displayed few obvious differences from slavery; indentured servitude was an established alternative to chattel slavery. The optimism of the British government in the 1830s and beyond rested on the persistent belief that racially-based systems of unfree (or semi-free) labour could be ameliorated, moderated, and regulated through increased metropolitan inspection.

What limited the legacy of the Abolition Act most was metropolitan uncertainty about colonial governance, namely the relationship between liberal-humanitarian reform and central authority. The Act itself would make slavery illegal, but it changed little else about the structure of labour relationships or race relations within the colonies.
Successive British ministries over the course of the 1830s and 1840s believed that they could apply the old standards of ameliorative reform – imposing a “protective” policy that would ensure that apprentices and immigrants received the minimum norms of care. The old Protectors of Slaves became Protectors of Immigrants, supporting the rights of labourers and writing half-yearly reports to the Colonial Office detailing problems and abuses as well as proposing solutions. These men were intended as the guardians of a regulatory empire determined on safeguarding that British imperialism stood for liberty and progress.

The ideas that supported amelioration therefore outlived the abolition of slavery. Older ideals about the protective role of the Crown, dating from the early modern era, were inculcated with more specific conceptions of regulatory government. The protective system put in place during the era of amelioration was highly variable from one location to another, and depended much on the weight of individual personalities. Metropolitan officials tried to address these shortcomings through increased inspection and record-keeping.
In the meantime, the distance between the imperial government and the successors of the antislavery movement increased. Though the relationship had been at times tense and uncomfortable, abolitionism had approved and supported Parliament and the Colonial Office during the successive campaigns to ameliorate and abolish slavery in the 1820s and 1830s. Yet, after 1834, antislavery supporters found themselves increasingly disappointed with the British government for its inaction on a range of issues that, to antislavery campaigners, parallel enslavement and related abuses.

As a result of repeated failures, centralisation of power progressively became the main ambition of the Colonial Office. This slow transition would come to a climax in the mid-century with the implementation of crown rule from throughout the British Empire. In many ways, it would be an indication of the failure of protection as an ideal. Until then, metropolitan officials were willing to settle for supervision and veto power rather than direct legislation.

Though abolition indicated a significant economic transition from forced to free labour, what followed in its aftermath underlines the major weaknesses, if not uncertainty, of the parliamentary vision for the future of the colonies. Planters were not the only ones to be skeptical about the comparative benefits of free labour (Williams, 1944, Chapter 8). Abolitionist vision was limited to the theoretical abolition of forced labour. They contended that free labourers would be more motivated than enslaved to work harder (Drescher, 2002, Chapter 2), but this theory was experimental. Taking into consideration this unpredictability, apprenticeship was thus formulated as a transition period intended to soften the blow to the system. Metropolitan officials continued to focus on finding an alternative viable economic solution to labour shortage.

Thus, the Apprenticeship system, though partly conceived to integrate the enslaved into free society by preparing them for freedom, functioned essentially to maintain economic and social stability in the slave colonies. It gave the colonial plantocracies a valuable breathing space to adjust to the new conditions created by emancipation. What is surprising about the concept of ‘Gradual emancipation’ is that while British taxpayers (among whom were non slave-owning people) paid a significant share of the cost of emancipation, it was the enslaved themselves who paid the bulk of the compensation awarded to slave-owners. 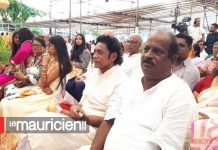 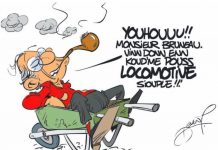