Several days after the total withdrawal of NATO forces, Afghanistan still hits the headlines and most likely will for quite a time to come, but predictably attracting more and more attention given the inevitable fallouts of the Taliban takeover. And also for time to come, it will be fresh in memories that scramble – not to say helter-skelter that left a stain on the reputation of the most powerful nation on earth it will be difficult to rub clean –, the whole world witnessed, live at times, with varying reactions and feelings, on and around Kabul airport just prior to the August 31 deadline.

A scramble exploited by a terrorist group to hack down, by means of a suicide blast, hundreds of innocent Afghans and American servicemen only days ahead of what they must have thought was the threshold of escape from the Afghan hell. A really apocalyptic scene that may nevertheless appear like a ‘walk in the park’ compared to what looms in the offing now that the Taliban will run the country. And how to forget these words of Biden after the death of the 13 American servicemen, that may have escaped attention in the turmoil – certainly not that of American nationals – : ‘We will hunt them down, we will make them pay for that’, reminiscent of what George W. Bush said in the wake of 9/11. The rest is history. 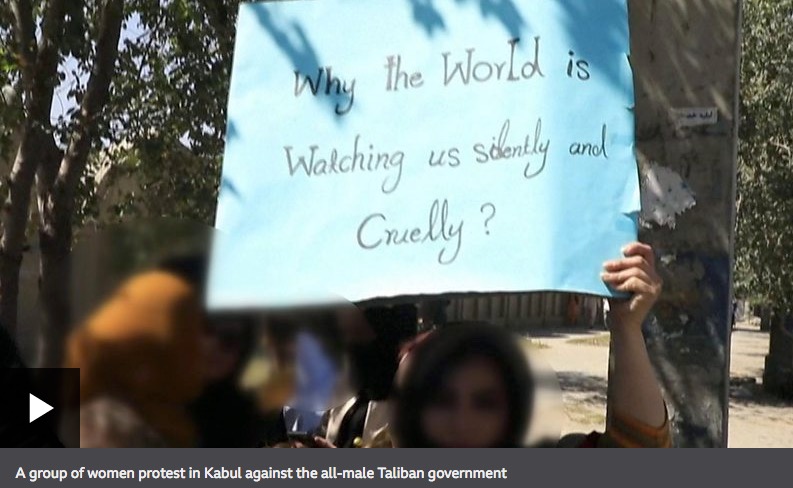 At the risk of repeating myself, there is need to concede that for the majority of us here, Afghanistan can only be the least of our worries, if at all one. But being a Third World, landlocked country, there will be spillovers, the more so what has already happened has significantly changed the scene of the world, a Bible prophecy relating to our  ‘unprecedented times’ I have oftentimes mentioned in my previous notes. Moreover, one must be really daft to believe the Taliban stand any chance to successfully run the country in the circumstances we know, to mention the most crucial: the efforts they will have to deploy to prevent Afghanistan becoming again a breeding ground for terror to forestall dreadful retaliation – and what happened at Kabul airport may possibly be only ‘enn reklam’, something to form part of the daily living of Afghans as is the case in Iraq, to mention only one. ISIS must be around in relatively important numbers in Afghanistan after what they suffered in Syria and Iraq, though no match for the Taliban, but still a thorn in their flesh. While the Northern Alliance, die-hard opponents of the Taliban, have said they will put on a fight, and they already have with results that must have dampened the sudden ardour of the latter, without forgetting the yet-to-be-identified groups opposed to the new rulers, manifestly not ‘les seuls maîtres à bord’. Can anything positive come out of such a mess?

The Taliban may find it harder to deal with their local opponents – ‘une autre paire de manches’, it appears, than the Afghan ghost army -, than the mighty U.S. army. Nevertheless, it is now a purely Afghan affair, until outsiders with an axe to grind and other ravenous opportunists poke their noses in to pick the bones. And how to forget what political analysts of world standing are reminding: the Afghanistan of 2021 is not the country the Taliban ruled more than 20 years back; a whole new generation brimming with frustration and shattered dreams. Are the Taliban heading for a situation to confirm that saying: ‘the proof of the pudding is in the eating’? Changed circumstances often cause best plans to go awry,  and the fact remains that circumstances, both local and abroad, have drastically changed during the more than two decades the Taliban were only down to guerilla warfare! It is for them now to show how they have refined their familiarity with geopolitics during their time in the ‘wilderness’.

Now what to expect while the Taliban have yet to start ruling in earnest, when qualified observers have said the country is on the brink of economic collapse, added to that disturbing warning of the United Nations Chief that a catastrophic human tragedy is in the making. After the last American servicemen had left, one Taliban chief boastfully remarked: ‘The Taliban have made history’.  Unchallengeably so! But in what sense, as we will see. Yet, however sceptic we may be, the Taliban must be granted the possibility to show their worth(?). Moreover, what will be the attitude of countries with the ability to help? Will humanitarian considerations have the day, or will it be time to settle scores? That leaves few possibilities ranging from cooperation and restraint to civil war and ostracism.

In a previous note on Afghanistan (Forum 21/8/21 – ‘Afghanistan Now …..What Next’?), I rhetorically raised the issue ‘Are we witnessing the invisible hand of the Creator pulling the strings’… Add to this what the Holy Bible says at Romans chapter 13, verse 1: ‘Let every person be in subjection to the superior authorities, for there is no authority except by God; the existing authorities stand placed in their relative positions by God.‘  Meaning the Taliban stand in their actual position with the permission of God. Shocked? Yet, permission but not necessarily approval. But some extrapolation brings us also to what I recently raised concerning ‘human rulership’. This latter one will have ‘its time’, while in the meantime The Taliban likely to provide us with a shameful sample.

The regular reader may frown over the fact that I am back again on Afghanistan. The present situation in that country is, admittedly, not unique, yet manifestly out of the ordinary, and well epitomizes the world scene, as it stands now and how it will inevitably evolve, one of those tinder boxes about to explode to set the entire planet afire! We may, nevertheless, show compassion for the Afghan people who have for long been through hard times, now on the way to face still harder ones!

But, be that as it may, we are all through what are, manifestly, hard times to deal with. Yet, the forerunner signs when the Creator has promised to ‘make all things new’. (Revelation chapter 21, verse 5).

P.S.: For the sake of the reader, although no relation whatsoever with the above, I have deemed it appropriate to invite attention to the following exhortation from the Bible, inasmuch as I often make use of Bible prophecies in my notes:

‘Do not treat prophecies with contempt’. (Bible Book of 1 Thessalonians chapter 5, verse 20).