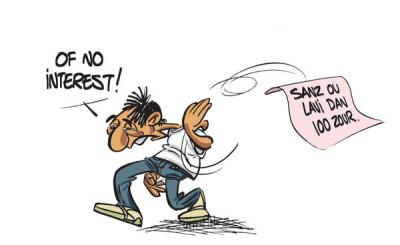 I am going to try and get your interest here, by first defining what the word actually means. Sometimes it can be defined as “the feeling of a person whose attention, concern, or curiosity is particularly engaged by something” or “something that concerns, involves, draws the attention of, or arouses the curiosity of a person”. So we can understand that means being drawn to something, someone or some ‘other’. It can also mean “a business, cause, or the like in which a person has a share, concern, responsibility”… ah! Now we’re getting to it… and closer even if we consider it can also mean “a share, right, or title in the ownership of property, in a commercial or financial undertaking”… even a political one, perhaps? What about the definition which says that it is “a participation in or concern for a cause or advantage” or “regard for one’s own advantage or profit; self-interest”? I think you all get the gist here… I am trying to see who is interested in what, and in whose ‘interest’!
It’s a word often used by our political orators, this word ‘interest’, isn’t it? And I often wonder why… since they claim it’s in the ‘interest’ of peace, progress, political stability, even People… but more often than not, and especially lately, things look like they are in the interest of Parentage. Please don’t jump to conclusions and dub me a Labourite here, someone who’s going to support the PM and his gang and their endeavor to rally as many credulous cronies around them as possible, so that they can strive to another ‘win’, ahead of an election that is hopefully not happening for another three years! Allow me also to point out that there is no Popular interest at stake in this joust. The PM, former PMs, the soon-to-be-former President and their posse of insipid individuals, propped by some cerebrally-challenged ‘media’, are going to make you believe your lives will not be worth living until one group is either returned to power or the other maintained there. They have absolutely no regard or concern, or even ‘interest’, in whether or not you – the People – are facing challenges of your own, trying to make ends meet, trying to cope with a nasty boss or nasty job, health problems, kids’ problems, let alone the domestic and extra-domestic ones.
For my part, I have no interest in any of the upcoming forces, the ones that are supposed to help us out of this conundrum. I don’t think many of the people around me and the people further from me, who have their daily dose of disaster, care to partake in any call for uprising, upheaval and uprooting of the diseases which are grinding away the ‘principles of democracy’ which we may have called ours. I am not interested in this feeble foray into ‘Mauritianism’ or any other ism which is meant to draw us closer, as one People or one Nation. I feel more like this friend of mine, whose sole worry was that his tile-layer had only completed half of his work and that he couldn’t find a suitable plumber for his new house. “Blame all of them construction sites,” he told me… and with reason, since many of us know it’s practically impossible to engage in any ‘small’ construction project lately because of the many almightily government-blessed ‘big’ projects mushrooming on every corner of this shrinking island.
I am departing from my initial subject of interest… that which intended me to say something like: “Dear people whom we’ve elected to serve Us, the People of Mauritius: we wouldn’t mind if the whole lot of you stepped down if you are feeling unable to do the job, or as you are all proving unfit for duty. If you really want new elections, you may all go – as a lot of us feel you’ve really ‘served’ enough – so that ‘younger’ people can step in and serve us with real, desired and unvested interest”. 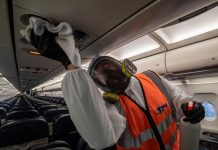 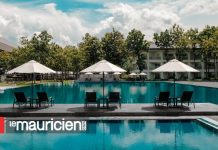 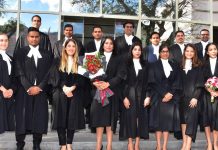