Now there can be no doubt. The political/social cauldron is boiling dangerously, the tinder box about to explode to cause damage, both direct and collateral, on a scale perhaps never seen before. And I must readily make it clear I am alluding to the planetary scene when, in quick succession, we are witnessing staggering changes, occurring or in the making, to take us to unknown destinations, when the scene of the world is clearly changing. (Keep an eye on the Middle East or events in the running to the US Presidential Elections, to mention only these).

And given some unusual omens, we cannot limit ourselves to the local scene, though itself in the process of unprecedented agitation and transformation, with a lot of ‘mise en scène’, where the pot is calling the kettle black, with scenarios of make believe in well-orchestrated arrangements by some with dubious credentials, where many fresh from being shaken from their habitual torpor are allowing themselves to be carried away by blurred hopes. Added to these are the extended recriminations directed at those at the helm, more precisely the Emperor and his Praetorian Guard, in ways and intensity never seen before, for the manner they are running, or should we not say ‘ruining’, the country, having clearly demonstrated they lack the flair, that finer sense of priority that characterize genuine and competent leaders. And what to expect from a team with so many neophytes now that we are confronted with uncommon challenges, making us rebound from one catastrophe to another, while our political masters are only down to maladroitly attempting to find ‘une cheville pour chaque trou’ to mask their incompetence, and there too often a ‘square peg in a round hole’.

Yet, there is nothing to suggest the Jugnauth train will jump the track soon in the face of growing popular pressure. While at the same time it is clear one must be really daft to believe Pravind Jugnauth can keep this up for another four years without mending his ways when ‘events’ are occurring so fast. And more specifically when Government has nothing to offer in the present circumstances to supersede the growing unease relating to mismanagement of public affairs, too often mistaken for family business.

Yet, it cannot be ruled out, contrary to what is generally believed in the aftermath of the recent euphoria, the present Government choose to harden their stand vis-à-vis the protest movement – likely now to extend beyond Laurette’s initiative  – to cling to power for as long as this may be possible, using even unavowable methods and colourable devices that have  been the hallmarks of the Jugnauth regimes since 2014 to ‘make the most out of it’ (you understand),  knowingly what fate awaits them just ahead, not necessarily at the next day of reckoning, too far away in the emerging environment. And Pravind Jugnauth should be the one to stake one’s all to cling to that power – not only for the sake of privileges – but to avoid having to face the inevitable if he loses the reins as heir of the Jugnauth dynasty in terms of ‘règlement de comptes’ for having since 2014 introduced in our political traditions those probes in almost all of the dealings of the precedent regime.
While also to be considered is what comes out of the confluence of that only shared interest of the leaders of the Grand Coalition to oust the regime, which may not be Laurette’s prime objective, likely to need some time to take shape, even possibly to fizzle out.

In the meantime, though manifestly not a time to ‘manz pistas get sinema’, we may only live in expectation when anything can happen, when we can be lured into believing ‘b… zot deor’ is the right objective we must aim at. ‘B… zot deor pou met ki’? Though, admittedly, we cannot imagine it can be worse. Not long ago in these columns I invited attention to the fact whether we are limited to the only choice of the lesser of two evils. That is the dilemma!

But, be that as it may, the real solution is coming, as we shall see! 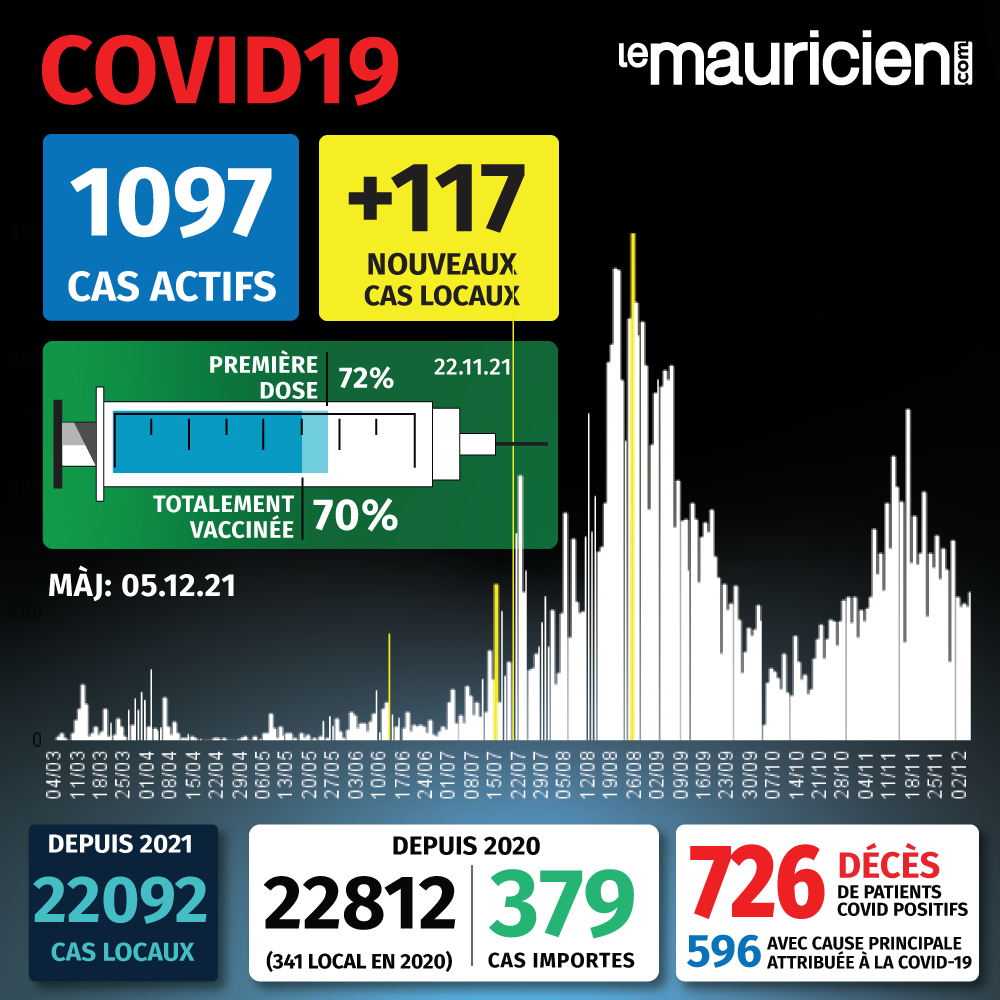