We seldom think of how our ancestors came to Mauritius, other than on the official ceremony of 2 November every year… But what of our personal peregrinations? Are there any stories told word of mouth within our families? Do we ever think back to what these forefathers, seeds of our achievements, endured?

I came about my own family’s journey through the OCI/PIO(1) process. This is when my father told me the story of Suneechur from Patna, aged 6 and 3 feet tall when he set foot off the Myaram Dyaram ship in 1862. Because he was alone, we could only presume his parents had died during the crossing to Mauritius. We know he embarked from Calcutta and that he was ‘distributed’ 3 days after arrival to an unnamed sugar estate. We believe it was in the north, since that is where that branch of my family settled. 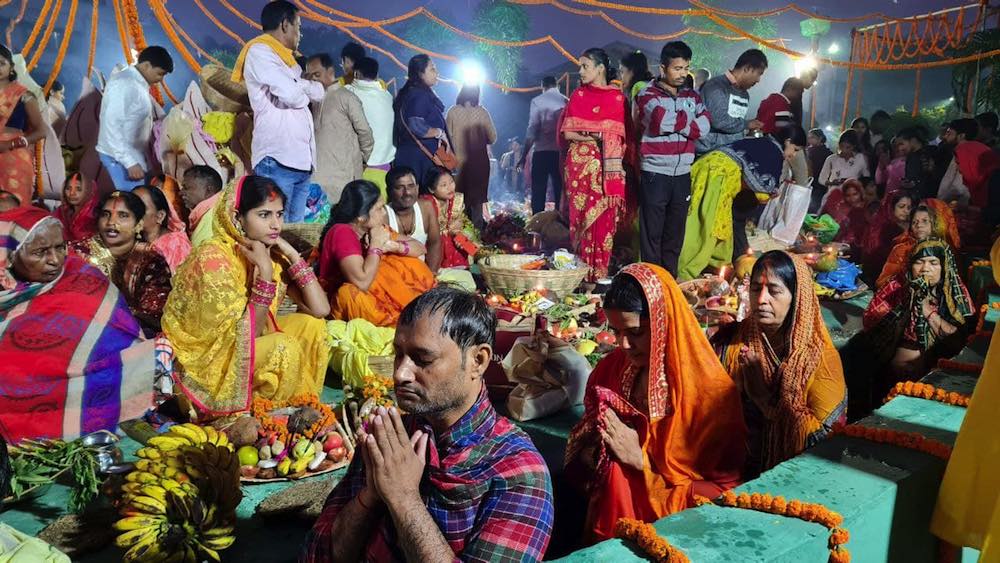 I wish I could tell you more about him. All I know is that he lived a long life and died in 1934. He never went back to India. Suneechur was his first name and remained the surname in that genealogical branch of our family. This was also the case of my Seebaluck ancestor. The name is in fact Shivbalak, which would have been the first name of coolie no. 121121, from Ara district, Bhojpur, Bihar. In some parts of India to the present day, children bear their father’s first name as the surname or family name.

Therefore, in the face of the impossibility of finding out more about this patrilineal forefather and his native village no longer existing, I could only head to Bhojpur. I knew that if one thing in India hadn’t changed in 200 or even 5000 years, it was worship. And I imagined Shivbalak would have worshipped at least once at the Aranya Devi Mandir, the oldest temple in Ara, where I chose to pay tribute to him. A small shrine, in a small lane for this most momentous event of my life. That will forever be, to me, the meeting place of memory. 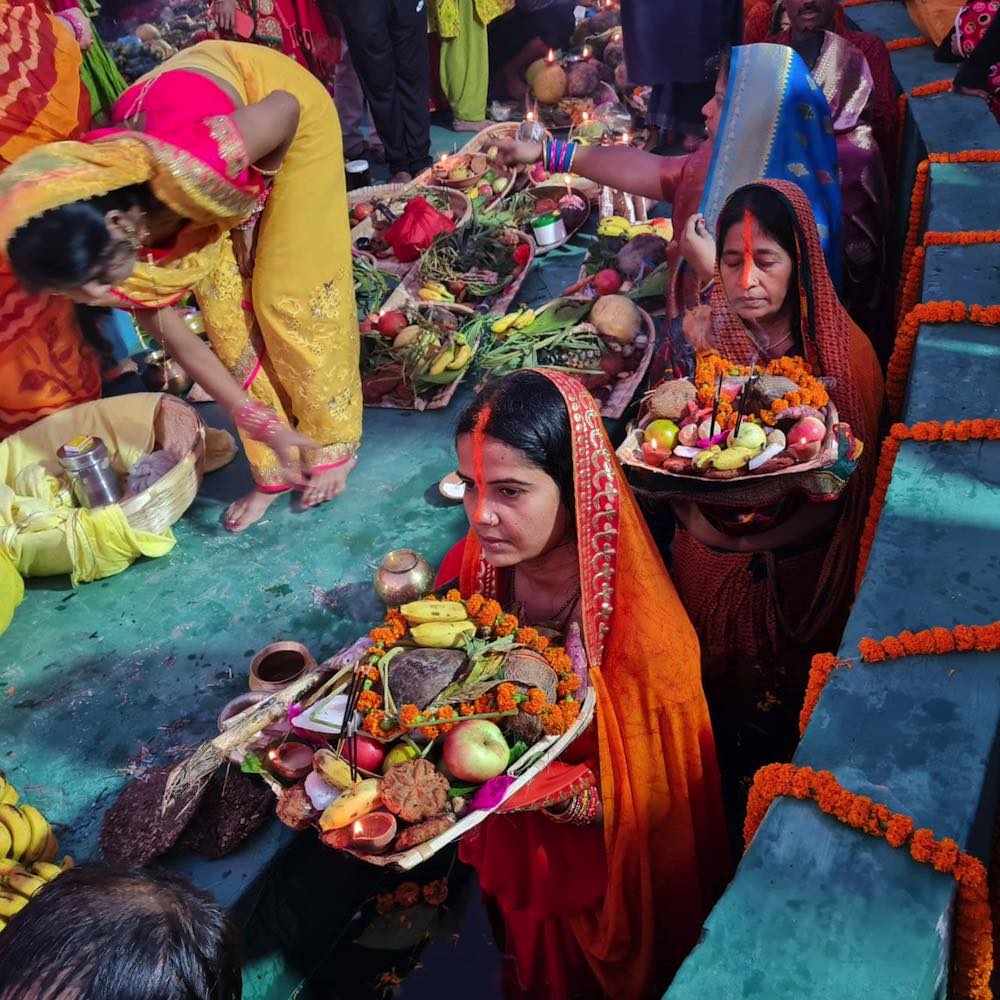 My trip to Bihar is what I dub ‘closing the circle of indenture’. I know my ancestors couldn’t go back; for the most part because they simply didn’t have the means. We all know the stories of how girmitiyas (2) were told they would find gold under rocks in Mauritius… and having been there and seeing the simplicity of Biharis, I believe some of them retain that innocence to this day. 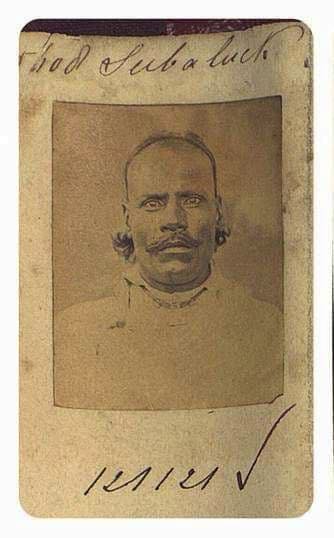 My endeavour was to return on behalf of my pitr(3). It was to honour their tests and tribulations. It was my acknowledgement of what they suffered and my gratitude for how they paved the way to what I am today. If only 2 November each year could be a thanksgiving as well as a remembrance. We should be paying homage to their sacrifice of kin and country in the name of progress and prosperity.

On another note, if I can confess to a candid impression of 21st century Bihar, it is that not much seems to have evolved, since the hordes of Biharis had to flock from its plains in the middle 19th century to board ships across the ‘kala paani’(4). My assessment, after living in India for the past 7 years, is that Biharis have a tendency to thrive outside their state of origin. Whether they settle in Delhi or the Silicon Valley, a lot of them end up making something rather impressive of themselves.

To me, Bihar’s status quo to the present day could be caused by lack of opportunity. As I travelled through the regions bordering Patna, there were no mills or industries, but a few crops and lime kilns. The state remains one of the poorest and less progressive, not to mention the crime and corruption it is notorious for. Hence the bad rap its migrants tend to get. And all the more reason for the diaspora to continue proving otherwise. My conviction is that if Biharis are given a mole hill, they will turn it into a mountain. 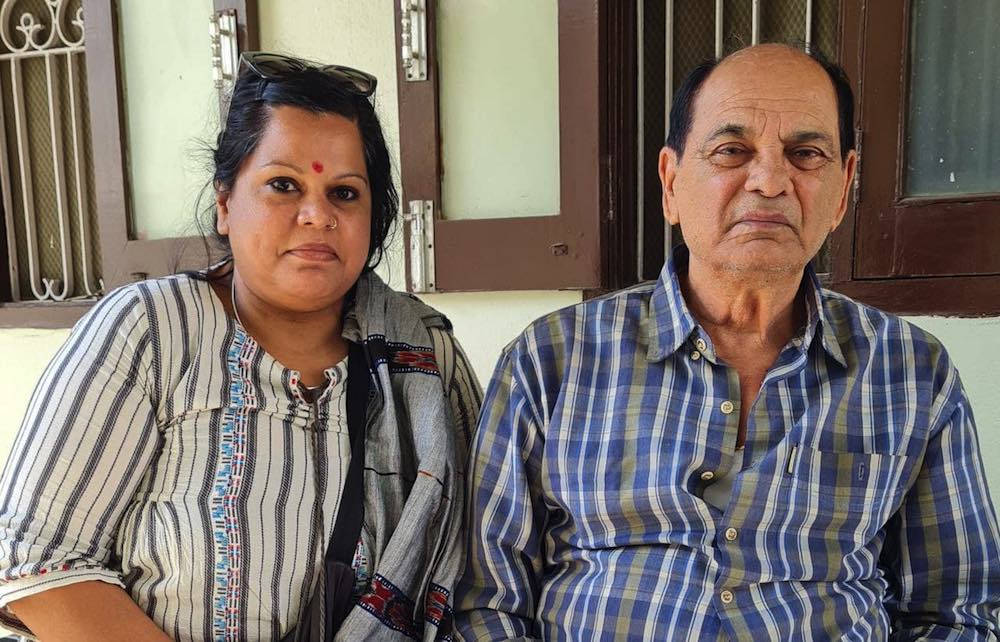 This is a festival which I didn’t even know existed until 3 years ago. It’s a harvest celebration, which honours Surya, the Sun God. The festival occurs twice a year, in the autumn and spring. The biggest celebration usually is after Diwali(5). It involves a lot of preparations and rituals including, fasting – avoiding things such as root vegetables and even swallowing – as well as tremendous cleanliness. It is said that, in some cases, no one should walk in the shadow of those preparing for the prayers.

Offerings are carried in large woven baskets to the river banks. These are the type we still use in Mauritius for bread and vegetables. Families offer banana bunches, coconuts, grapefruits, sugar-cane, white radishes, pineapples, but also milk and tekwa(6) during the rituals. The ghats, parks and even home rooftops are arranged for the occasion with makeshift pools filled with Ganga jal(7). People also bring their puja samaan(8) in soop(9), traditionally used to winnow rice and pulses. The women bear sindoor(10) from their foreheads to the tip of their nose and remain standing in water for long stretches, reciting mantras(11).

I am not sure why this organic observance disappeared from the traditions which Mauritians of Bihari origin have upheld. In Bihar, Chatth Puja is even bigger than Diwali. Businesses remain closed for almost a week during the festival and families gather, fast, chant and celebrate together. Since this is heavily related to the harvest, I would imagine because most of the girmitiyas were in sugar-cane cultivation, it would have been maintained. But at the same time, women are the repositories and officers of this celebration. Indentured labourers were mostly men. This is perhaps one explanation of why it wasn’t preserved.

In Patna’s Rajeev Nagar, there is a whitewashed house in a cul-de-sac branching off a long, narrow and quiet lane. It’s a bungalow with an old mango tree behind a white wall. A black gate corners the wall with a plaque in Hindi script which says ‘Usha Singh House’. This is the late mother of the eternal Sushant Singh Rajput.

As I get out of my cab, only to touch the wall of whence he lived, the driver hails me. “Uncle is here,” he says. I stretch my neck to see Sushant’s father sitting outside. What comes over me is a like a warm, bittersweet blanket of feelings. The driver opens the gate and walks in, still beckoning me. “We can’t go in,” I say. But he’s already halfway across the yard repeating that ‘Uncle hi hai’(12). I walk across with hands folded, not sure if I was having an out of body experience… Krishna Kishore Singh, uttering a smile, gets up from his seat to return my salutation. I bend to touch his feet. The presence around him is intense, ethereal. For me, it is the same energy that has guided me to this door, on this day: Sushant. 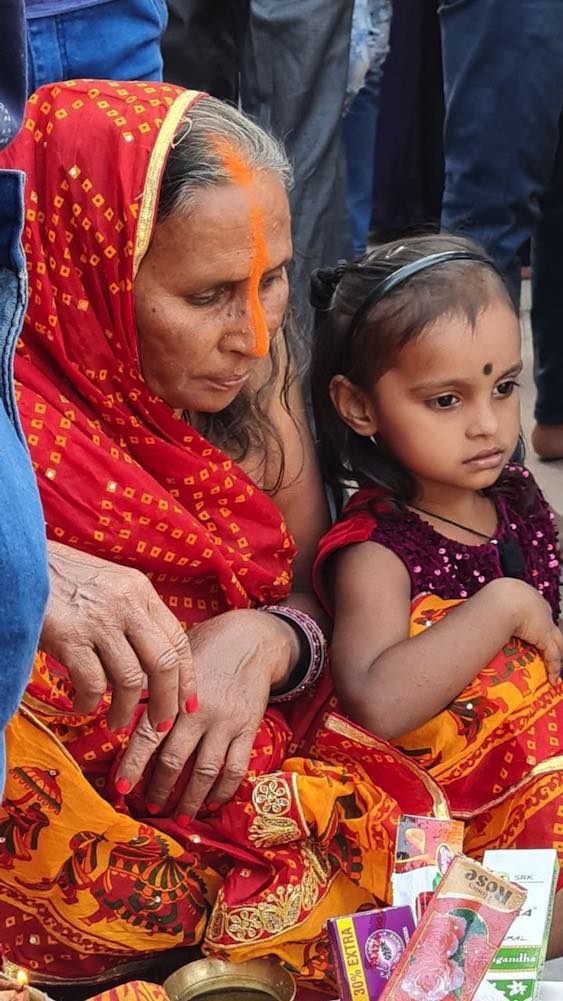 KK Uncle asks us to sit down. Raju, the driver, and I oblige. The honour is too great to refuse. To sit across the man whose son is a beacon to so many, whatever age, country or creed. Whose consciousness beams through the veil of death to those who continue to evoke him daily. I mention how much he is still loved and remembered. The melancholy gaze drifts off. He tells me he too has family in Ara and I invite him to visit Mauritius sometime. We are offered prasad(13) from Chatth Puja. I am adorned with a tika(14)  on my forehead. It’s time to leave. I touch KK Uncle’s feet again. “Khush raho”(15) he says, with a blessing hand on my head. From a father whose happiness has been brutally snatched away, with no answer to this day.

I can’t further describe the sheer simplicity and humility of this man. That’s how he raised his family, his son. The son who remains by his side, with his pulsating energy. Sushant, to many of us who admire him, is not a mere memory. He is the embodiment of what his dad showed me that day: kindness, generosity, humanity. Sushant, after all, is a Bihari.

[1] Overseas Citizen of India, formerly also Persons of Indian Origin, people who can demonstrate Indian ancestry. [2] Indentured labourers. [3] Ancestors. [4] The ‘black water’, meaning the ocean and the unknown. [5] The festival of lights, one of the biggest Hindu festivals. [6] Indian cake. [7] Water from the Ganges. [8] Offering for the prayers. [9] Winnowing fan or vanne in French. [10] The vermilion mark worn by married women. [11] Prayer verses. [12] “He’s just sitting here.”. [13] Food offered to deities. [14] Red or orange mark on the forehead. [15] “Be happy.”