A fly in the waiting room! At the peak of summer, I can understand but inside the waiting room where food is sold and served ! A sneaky fly! The fun of it is that the fly like the lizard moves freely without passport or visa. They mock us with our hand luggage waiting to check in while our eyes are glued to our iphones.

From Chennai to Mahabalipuram

At Chennai airport, the customs officers are so friendly and so funny but equally serious! Astounded they are because while I am from another country and do not speak Tamil but still I have a typical Tamil name Mahalutchmee! They beam at me and repeat my name. I always thought that my name meant light but in fact it means wealth, money!  A complete revelation! 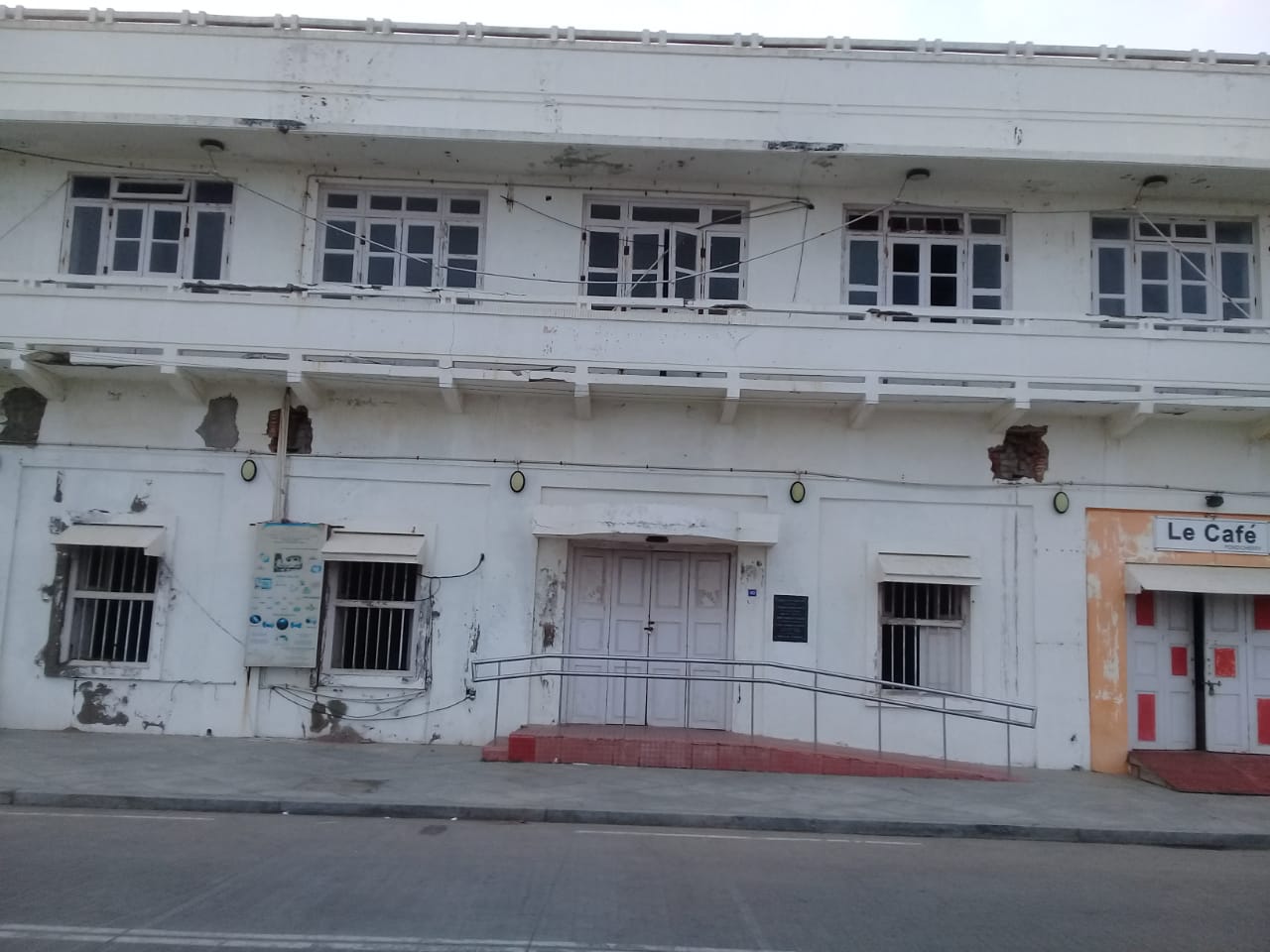 The air pollution is suffocating early in the morning as I exit from Chennai airport. A strong smell of metal and dust get stuck in my air passages. I am so relieved to see a driver with a signboard Mahalutchmee. He is smiling and introduces himself as Suresh. I just want to go straight to the guesthouse, La Maison Radha, shower and wear clean clothes, rest a bit, and later have a light breakfast. The owner of the guesthouse, Mr Ravi has devised a better plan. Suresh will take me to visit Mahabalipuram, a UNESCO world heritage site. I am a bit grumpy but why miss this chance to make the most of my stay as this historic city lies between Chennai airport and Pondicherry? But before Mahabalipuram, he stops at a nice little restaurant and he orders breakfast for me and then  his. He chooses dosas with different curries and chutneys in stainless steel bowls. As I cannot eat spicy food in the morning, I choose  2 idlis and 3 chutneys. In India, chutneys are free, and they are given in generous portions. I really enjoy the idlis made from rice flour, I guess, and the coriander and the coconut chutneys but my favourite one is the coriander. I think they mix it with another vegetable, but I have no idea what it is. The idlis with the chutneys washed down by a hot masala chai revive me. 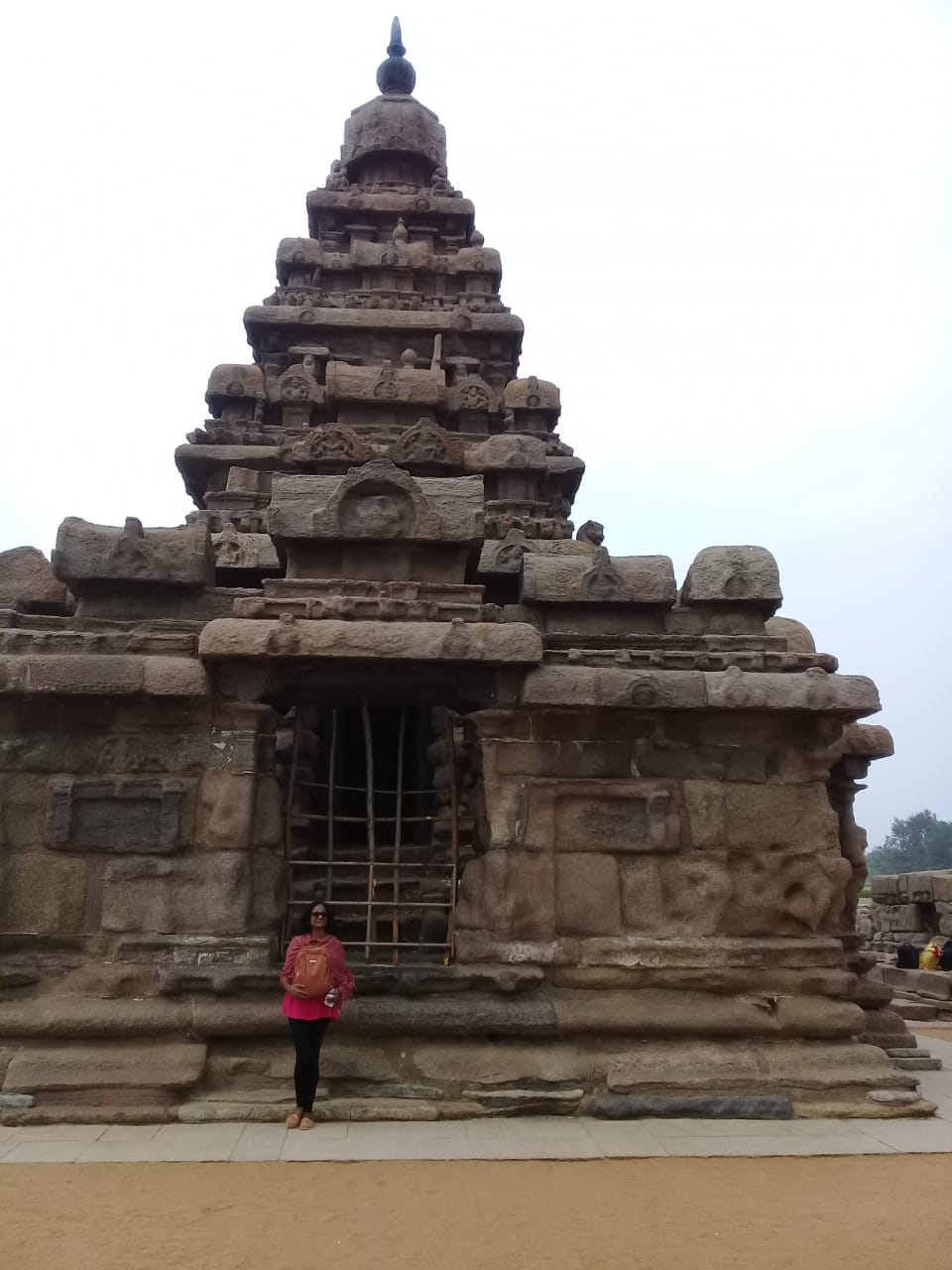 As I place my left foot on the historic site, the distant past starts to come alive. I take bolder steps accompanied by a government guide that Suresh has found, and he impresses me with his near-perfect French.  My imagination films stone artists, architects, and sculptors in their ethnic wear, engrossed in their art as they craft temples out of granite boulders. The guide informs me that the temples which are surrounded by walls are Dravidian in style, (from the south) and the ones without walls are Nagara in style (from the north). The guide explains about the ratnas, the five chariots built from a monolith, a long stone. Now as I am writing, I recall him mentioning five brothers from Hindu sacred writings. But on that day, it was difficult for my tired mind to process all that information. I want to abandon the temple tour and return to the car, but the guide makes sure that I am following and listening to him. Undeniably, he does a great job. He explains about the period and the story behind the different monuments, structures, and temples.

Now I remember the name Mahabalipuram may have come from Bali, a benevolent king who lives and rules at that time. Puram in Sanskrit and Tamil means city or town. I am sweetly surprised to see that from child to adult, all will stop and then move on if people are taking pictures.

Coming from a small island with a young history, and now experiencing a thousand or more years of history is mesmerising. As I walk with these Indians, I imagine how from generation to generation they have known that history. Even their distant ancestors may have worked on these same architectural marvels. I salute them and their rich past.

From Chennai to Pondicherry, a 3-hour drive, so strange for me to read advertisements, display boards, names of shops and wares in Tamil. Some are written in both Tamil and English and a few only in English. In Mauritius, my eyes are accustomed  to see French and English words on display boards. You cannot explain that feeling but you can see the influence of other nations and languages in building a new nation like Mauritius. Deep down I can connect with the Tamil words but distantly. Despite the fact that my ancestors come from Pondicherry, my mother tongue is not Tamil but Creole, and I have learnt French and English since kindergarten. This is who I am being born in Mauritius. I have another history, my history. 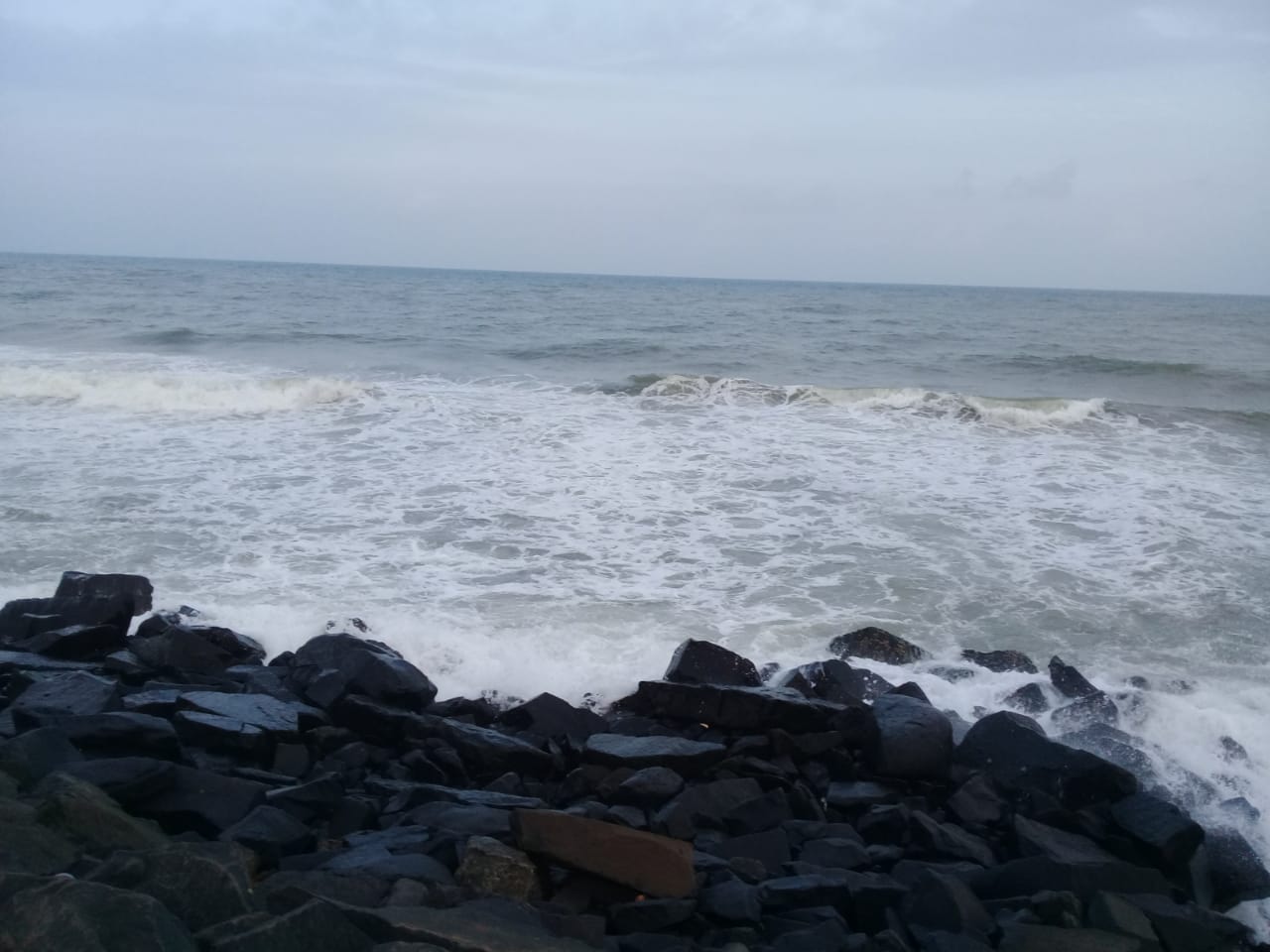 At the same time, I realise that though India has been colonised by the British for 200 years, they have a history of 4000 years or more behind them. Besides, some of their local languages are among the most ancient ones in the world. So, I can comprehend with the British out, why the Indians continue with their lives as it used to be, and  retain their language, culture, and customs. In Mauritius it is so different. Our ancestors  all come from somewhere initially, from Africa, China, India, Europe. Together they have lived on an uninhabited land and have made it their own.

I ask Suresh about his family. He is newly married and has worked a long time abroad.  Now the couple wants to start a family. He is more than a driver  when he takes my bags, puts them in the boot, opens the back door of his car for me to get in and addresses me as mam. It touches me deeply and my admiration and respect for him grow. I feel relieved because he speaks English quite fluently and the conversation between us is smooth.

On the way to Pondicherry, my eyes stare in wonderment at women in saris and men in a sarong-like cloth wrapped around the waist above a shirt called vesti. The motor-powered rickshaws are everywhere. I lower the window but close it as fast as I can as the air is too polluted outside.

On my tropical island, in the immensity of the Indian ocean, I am lucky to breathe clean air. A big city is too overwhelming for me. I cannot see my close buddy, Nature. I feel like running. However, the locals I encounter in Pondy are gentle, courteous, child-like, and hard-working. I also enjoy the veg and nonveg food, the Bay of Bengal beachfront(the Bay of Bengal which has come alive from my history book) and the French influence.

As I share my feelings about Pondy to friends, some say it is love at first sight and that feeling will go away. Nonetheless I know that blood connection is stronger than anything else and I feel a sense of belonging…