After 5 years of coalition with the Liberal Democrats, the 2015 UK general elections gave the Tory Party a working majority, small but sufficient for PM David Cameron to go ahead and placate his Eurosceptics by giving the UK electorate the opportunity of a referendum. By all accounts he was confident that the electorate would reject leaving the EU as after more than 40 years of close relationships with Europe, the alternative would sound

daunting. The majority of the political parties supported the remain option; the majority of the MP’s were remainers, which explains why after the 2016 referendum, for 3 years there was not a final resolution.

More importantly the referendum campaign gave rise to certain forces and ideas that crystalised certain subterranean currents. When UKIP (United Kingdom Independence Party) joined the fray, some sections became more vociferous and more open about their xenophobia. Immigration, through the free movement of labour, seemed to have gone a long way to solve the labour problems of a booming economy. But the other side of the argument was that pressure was building up in terms of housing and services such as health and education, although one has to point out that were it not for immigration, the health services as well as public transport would have faced big difficulties. Historically immigration from the so-called New Commonwealth (meaning non-white dominions) has always attracted criticism although more recently people found out that it was the British government that invited immigrants from the West Indies to help rebuild the motherland after the war (vide the Windrush scandal). But in the 60s and 70s anti-racist movements cropped up and many gains were made in terms of fighting racial discrimination; the established political parties all adopted anti-racist policies which culminated in legislation protecting black immigrants in terms of housing and jobs. UKIP would have found it hard to raise the old bogeymen again, so the new target would be immigrants from Europe, mainly those from the former Soviet bloc. They have always hidden this behind the slogan to control who comes to work in the UK.

In terms of local politics, initially in the 1973 referendum the left, led by the late Tony Benn, opposed joining the European Economic Community, as it was then, seeing it as a capitalist project, but there was an overwhelming support for the union. As time went by, the left could see that Brussels was introducing some progressive legislation in terms of workers’ rights, the environment, gender issues and human rights.

But the issue that unleashed the latent hatred of Europe was when the EEC in 1996 banned the export of British beef as a result of mad-cow disease in the UK. Prior to that in 1992 the UK had to leave the Exchange Rate Mechanism (ERM) after a short stay inside the system. The scene was set for the discontent to come to the surface and it has played a major part mainly in the Tory Party which has produced more Eurosceptics, as they were called. More recently the European Research Group formally came into being and they played an important part in the struggle to come out. The Labour Party harboured very few, but the Liberal Democrats and Scottish National Party were full remainers.

The campaign developed features that were new to British political life. The remainers arrogantly believed that victory was certain and therefore there was no need to adopt a strategy that would ensure victory. The leavers, on the other hand, were seen to be uneducated, racist and little Englanders who did not know what they were doing. In the past general elections were conducted in a gentlemanly manner and rules of propriety were observed by both sides. But with consensus politics being ditched by the Thatcher governments, there was literally clear blue water between Thatcherite politics and the opposition. Although Thatcher was also seen to be a friend of the Eurosceptics, she supported the European idea but she wanted more width than depth. At that time there was a movement in Europe led mainly by Jacques Delors that wanted to create some form of the United States of Europe, an idea not at all liked by the Eurosceptics. Delors wanted to create institutions that would underpin the European project – to go beyond the economic. By that time the Eurosceptics had become more emboldened, and when Thatcher was ousted as leader to be replaced by John Major who had to put up with the aggravation to such an extent that he called them ‘bastards’, they saw their opportunity. But in 1997 they were swept away by the Labour Party led by Tony Blair, a Europhile. So until 2010 they were more a whimper than a bang. Under the Labour government the movement towards economic and monetary union gathered pace, but Gordon Brown, the Labour Chancellor of the Exchequer, put down 5 conditions for the UK to become part of the Euro. Still the Europeans could see that in the background there was still hesitation for the UK to accept to become part of the union. The hard-core pro-Europeans were still in a minority. Having been an imperial power, to go and be an equal partner would demand a radical revision of status although Germany and France were major players on the world scene.

The referendum campaign produced some unpleasant episodes that were quite new for most people. The leave campaign was orchestrated by Boris Johnson and Michael Gove who had been senior frontbench members. In some people’s eyes lies became the order of the day; promises were made to channel funds meant for the European treasury into the NHS and figures of 500 million pounds per week were mentioned; the Turks were going to join the EU and the UK would be flooded with Turkish immigrants. Fear was the main emotion that drove the campaigning, and to be fair the remainers used that too instead of using proper arguments to make the case to remain. Of course in the midst of all that the whole question of Ireland was either completely ignored or did not come into people’s thinking. It is not until the negotiations started that there was concern for the Good Friday agreement that brought about peace in Northern Ireland after years of carnage between Catholic and Protestant paramilitaries. A backstop, whatever that meant, was offered to Theresa May who became the Tory leader after Cameron had resigned. But the hardline Eurosceptics saw that as a violation of the integrity of the UK. The Irish question had always been a thorn in the UK government’s flesh as the struggle between the Irish unionists and the Irish nationalists had become a stalemate and within that stalemate untold damage was being done. A hard border would reignite the troubles and any progress made between the 2 communities would be lost. Of course now Boris Johnson, to avoid a hard border on the island of Ireland, has accepted a Customs border in the Irish sea, which did not please the Irish unionists.

A market of 450 million people

On the other hand UK’s trade with the EU is very important; according to some figures, exports to the EU represent 45% of UK’s total while it imports more than 50% of its goods from the EU. A hard Brexit would cause problems for both the EU and the UK although for the latter it would be untold hardships, especially for pharmaceutical drugs. So the next stage of negotiations would be extremely crucial in terms of a customs union or the single market. The EU has made it clear that there cannot be cherry-picking and that there should be a level playing field, by which they mean no lowering of standards as that would be unfair competition. The term ‘Singapore-on-Thames’ has been used. There is also the fact that if there were a tariff regime, the ‘just in time supply chain’ system would be in jeopardy and this would add costs and adversely affect the cash flow of companies of whatever sizes. The EU represents a market of 450 million people and the UK 60 million. The disruption would bring about a siege economy for the UK and it will also affect EU industries. At this juncture the world economy cannot take another hit after the US-China trade dispute. Prosperity could suffer and poverty levels go up, according to some economists.

On the home front, given that the margin of leave/remain is tight (52% vs 48%), what happens in Scotland and N.Ireland is crucial to the integrity of the UK. If there is an independence referendum in Scotland, there is a majority to leave the UK and join the EU. N.Ireland is thornier for historical reasons . London is overwhelmingly remain. There have been rumblings in Wales. So it is not all a clear picture.

As the whole EU question was dealt with in a way that tried to keep the unity of the Tory party, real issues were not addressed, and there were some in the EU and its structures. David Cameron did promise to discuss reforms with the EU but the latter seemed to be deaf to all suggestions, as the Grexit (Greek exit) episode was to witness. The problem of accountability was probably the main bugbear and it is not just in the UK that the issue has been raised. The pro-EU stalwarts who would like to see more flexible institutions had the ground removed from under their feet. Whatever their agenda, the brexiteers had a gift given to them.

After 3 years of dilly-dallying the voters grew impatient with the politicians and the Labour Party which was all over the place trying to please its southern remain supporters and its northern leave ones, paid the price as the Tories went on to score an overwhelming victory. So now to the next stage of negotiations for a trade deal and future relationships after they have now agreed the withdrawal agreement. There is a school of thought that fears that the English nationalists deem the other home countries as being a drain on England’s resources. Does this explain why Boris Johnson might ditch N.Ireland? How much does keeping Scotland in the UK mean to them? Still the road ahead is not clear and there are plenty of obstacles to overcome. 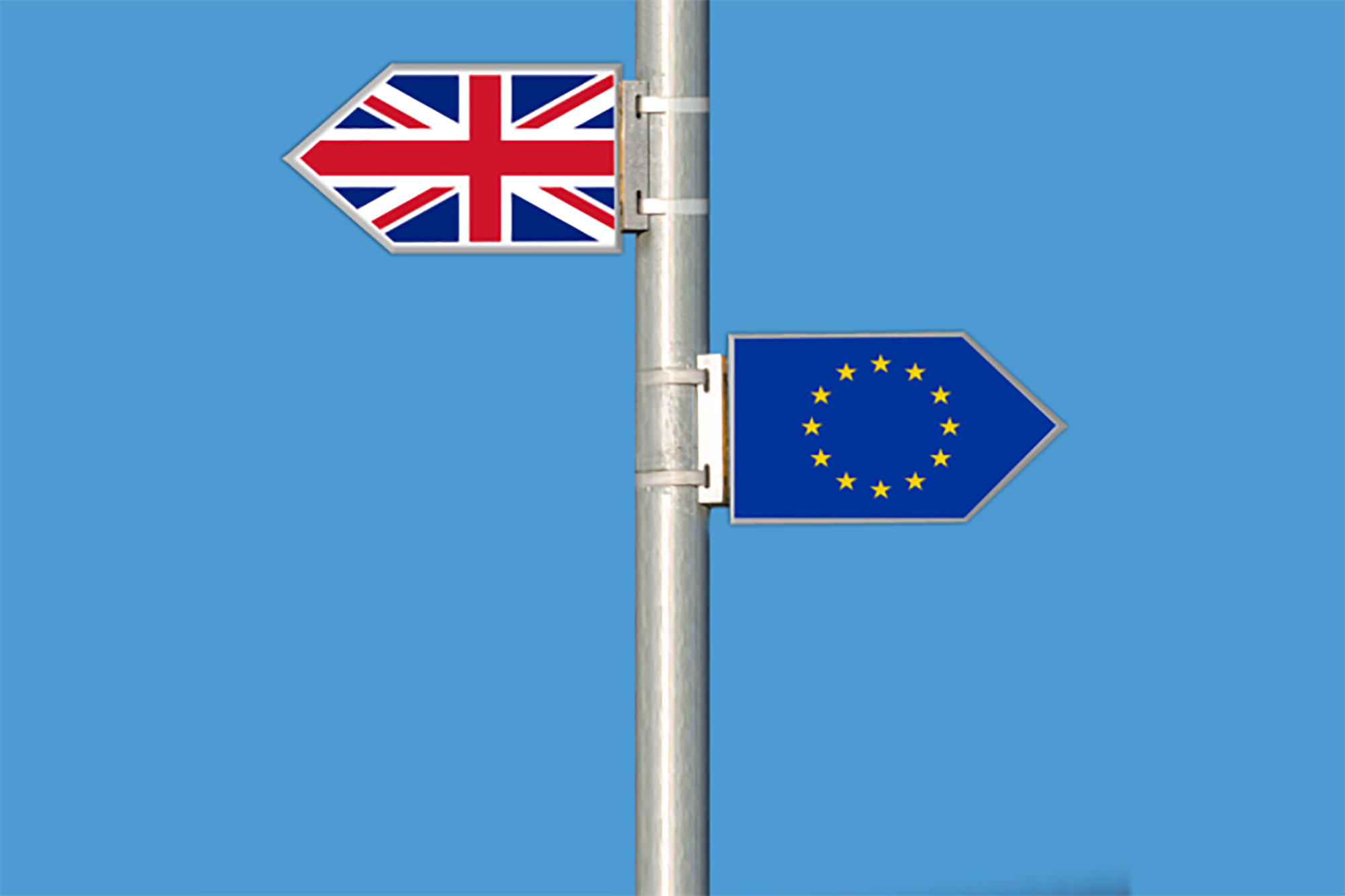 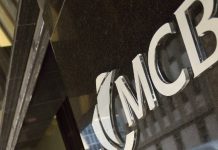 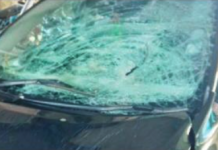