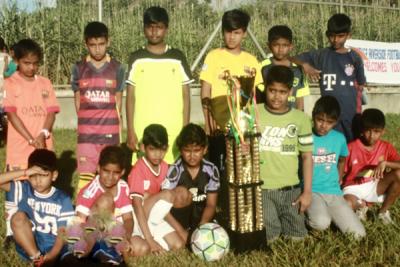 A sunny afternoon in the village of Hermitage in the district of Moka. Hermitage is reviving some of its old traditions. Although the village is in the middle of a major residential project that is attracting property developers and potential residents to the community, the people have kept the spirit of previous generations.
In the older days, especially in the 1960s up to the mid-1980s, Hermitage was well known in the sporting world in Mauritius. Many might remember when “Vampire”, the local club, brought fear to its opponents. On home ground, it stood like a mighty giant. The villagers revered the local boys and the kids aspired to become like them. The players, mostly from the village of Hermitage, were folk heroes.
Sadly, football died in the country. At the national level, the sport almost disappeared from the scene, while at the village level, the football grounds were abandoned and the interest among the locals gradually melted away. Football made communities alive and provided youth with a competitive spirit that kept them fit, healthy and out of the streets. It brought them closer to the village. On Sunday afternoons, all the villagers showed up to cheer for their boys. But all this ended.
To bring football back to its former glory, the village clubs are a key. The sport can only revive itself if the sport is cultivated at the village level and clubs have to mushroom around the country in order to create a competitive spirit and bring the joy and fun in the villages on Sunday afternoons. A few years ago, Hermitage launched its club, proudly named the Hermitage Riverside Football Club. It was an initiative of Yusuf Alladin, who worked tirelessly with the teenagers to bring back them to the football ground. He built a team and campaigned to get some recognition of what the local boys were doing. From a small group, the team developed and Yusuf Alladin took on the role of coach and manager. His leadership proved a success and the local boys show him a great deal of respect. In the village, the local team is seen a shining star.
On Sunday, 21 May, 2017, Hermitage received the MBC Team. The rain stopped and it turned out to be great afternoon. The MBC Team was welcomed by the villagers and introduced to the local boys. It was another great occasion in the football chapter of Hermitage. The ground was full to capacity, with men, women, the young and old came to cheer what turned out to be a great football match.
It was a delight to see the MBC team in action. In a truly Mauritian spirit, the players battled on the field, while the villagers enjoyed the show. One thing stood out. A number of children showed up, wearing their football jerseys. The boys and girls were not mere spectators, they welcomed the players and showed that football is not just a sport, but it is about respect, loyalty, good discipline and more importantly, about the spirit of community. The children showed what being a Mauritian is all about.
Football is back in Hermitage. The MBC Team came and conquered the village with their presence and affection they showed to the community. On the ground the MBC Team won, but the winners were the local children and those youngsters who are showing that football at the village level is not dead. It could be revived and people like Yusuf Alladin are showing by example, and the MBC Team is a testimony of club level football. For the sport to grow, a lot of work is required. Aside from organisation, the football fields are in a terrible state. They have to be maintained and the infrastructure is so poor, the children and players risk injuries. The decision-makers must invest and build the grounds so that clubs like Hermitage will continue to grow. 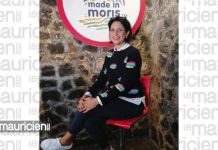 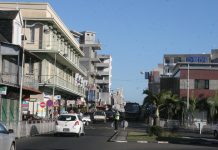