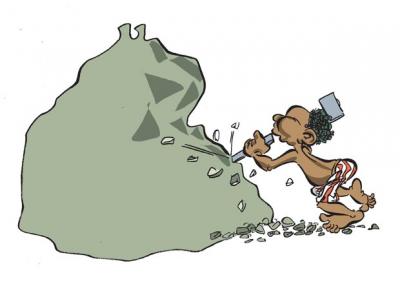 We shall be celebrating the abolition of slavery on 1st of February and much ink will be poured in writing the same stereotyped history of suffering, pain, injustices, injuries inflicted upon the slaves during the time when the colonist raped our colony. Seminars, round tables, discussions, manifestations, futile speeches, false promises, folk dances, alcoholic drinks and junk foods will be on the agenda of this celebration. In fact, it is heartbreaking to see that in modern Mauritius where flavoury words like unity in diversity, rainbow nation, ene sel lepep en sel nation are being constantly being gurgled by our political pundits without knowing the true sense of the meaning whereas these types of events are celebrated community-wise in isolation meaning that it is the history of one particular section of the Mauritian population that is being reflected. It is the ‘ émiettement de la société mauricienne’. I think that it should be our history as we are all creoles in this island and very few people comprehend this concept.
So, while writing this note, I made up my mind to adopt a different perspective to give honour and pay great homage to our forebearers who hailed from different regions of Africa. If today the Minister of Arts and Culture takes the liberty and privilege to think aloud about the national heritage of Mauritius, he should be indebted to those slaves who built the monuments instead of relating small anecdotes surrounding the pathetic situation and suicides of some slaves. There is not a single statue of a slave to be wreathed. It should also be noted that there are many distorted historical facts and misinterpretations that made inroads while writing the history of slaves in the course of time by some pseudo historians. But there is no denial to the fact that there are historians like Megan Vaughan, Richard Allen, Vijaya Teelock, J. Chan Low, Marina Carter, James Ng, Huguette Ly Tio Fane amongst others who wrote the history of Mauritius from a positivistic point of view.
Therefore, my argument is that these slaves did not go to the temple of learning but even being guided and supervised in the work, they were real sculptors and architects of the ancient Mauritius. These skills were transmitted to them by their forefathers. They were skilled. If we look in the rétroviseur of the past, since the dawn of time, the sculptors of stone and the hewers of wood had constituted a divinely overshadowed caste. As civilisation crawled over the earth, cities were erected and deserted ; monuments were built to heroes at present unknown ; temples and churches were erected to gods who lie broken in the dusts of the nations they inspired. Research has proved not only that the builders of the cities and monuments and the sculptors who chiselled out the inscrutable faces of gods were masters of the crafts, but that in the world of today there are none to equal them. The profound knowledge of mathematics and astronomy embodied in ancient architecture, and the equally profound knowledge of anatomy revealed in Greek statuary, prove that fashioners of both were masterminds, deeply cultured in the wisdom which constituted the arcana of Mysteries.
When these slaves were employed in Mauritius to build palaces, chimneys, temples or tombs, or to carve statues for the wealthy, I call the architects and artists concealed in their works the secret doctrine, so that now, long after their bones have returned to dust, we realise that those first artisans were really makers of our cultural heritage. In this connection, it was pleasure reading the fascinating book of Rivaltz Quenette entitled ‘The State House, Réduit’ and about the marvellous work being carried out by our forebearers. If one takes a cultural visit to Port Louis by foot and reflects on the monuments and buildings erected by the slaves one would be amazed to see the degree of adroitness with which it was performed. These people were doing it with their heart and to the satisfaction of their masters.
Today university students are not well informed about national heritage. It is only celebrated on 18th April with a few manifestations. The National Heritage Trust Fund should vulgarise its campaign more aggressively and go towards the mass. The Trust is not meant only for preserving the buildings but also for imparting knowledge from the historical and anthropological point of view. I do hope in the preparation of the great White Paper, there is something constructive on this cultural heritage and not at the superfluous level.
I do agree that right from the slavery period till now things have changed. People have got a different sense of identity through time. In the process of time, many living heritages, (both tangible and intangible) are on the brink of collapse even to the point of grave threats of deterioration, disappearance and destruction owing to a lack of vision on the part of the policy-makers of this country. But, things have gone so far that anxieties have developed their own momentum. The main dilemma is that could traditional values, practices and forms of knowledge survive the onslaught of a global mass culture ? This question is left to the policy-makers as how they would implement certain decisions in the process of safeguarding this ICH. In the same breath, how does someone expect to remember the slaves ? It is only through the marvellous buildings they erected that they are remembered. So if you destroy one’s work you destroy one’s very existence. 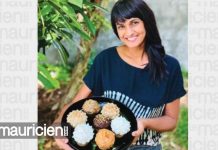 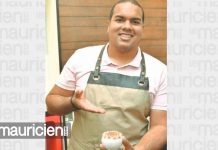 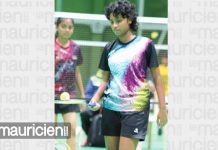