Now that all the euphoria and the rejoicings are practically over what will Mauritius and the Chagossians do?

Shall we negotiate or shall we use the diplomatic channel to get back the Chagos Archipelago from the British? Or what is the third option, if there is one? Perhaps more court actions?

In order to negotiate with the British, Mauritius must be able to bring Britain to the negotiating table, which is not easy as Britain refuses to accept the International Court of Justice’s verdict. As regards the diplomatic channel, Britain already could not give a hoot to the UN resolutions that no country is to be dismembered before being granted its autonomy. Will it now cow down to the findings of the UN court?

However, the Chagos debate still goes on. The stigma attached to Mauritius that it sold its soul to the British in the 1960s while asserting its right to self-determination still sticks because even those who should know better still persist to preach the same gospel. So be it, but the history manuals will say what is what, depending of course on what the authors want to preach.

A new debatable argument has surfaced as to whether the assessment of the International Court of Justice is a judgment. The British Government says it is not a judgment. The ICJ’s condemnation of the shameful action of the British is a ‘judgment’ of the Judges because in their opinion or judgment, the British are guilty of the criminal offence of dislodging, in the 1960s and 1970s, an innocent people from their home to throw them on an impoverished island to experience inhumane hardships. On the other hand, the ICJ’s point of view is not a judgment in the sense that it is not a sentence. The ICJ is neither mandated nor habilitated to pass sentence in any circumstances. It is a sort of situation where the bottle is half-empty and is half-full at the same time. Everyone is right, as Alice in Wonderland would say! And so, the debate will go on.

A school of thought says we should negotiate with the British, another says we should use diplomatic tactic, and the PM argues that he knows the strategy to make Britain cow down and surrender the Chagos to Mauritius. A Mauritian pollical party says that Mauritius should not even contemplate leasing the Chagos to the US once the island itself becomes a colonial power with several overseas dependent territories under its wings, including the Chagos Archipelago. But how is the tiny island nation of Mauritius going to control and patrol the 7 atolls comprising 64 islands and making up the Archipelago over a thousand miles away? It is believed that Mauritius is practically unable to protect itself, a spot in the Indian Ocean. Thanks to an Indian coastal vessel Mauritius is offered territorial protection in its attempt to keep its shores free of smugglers.

Yet, it is alleged that when the Indian vessel is patrolling the coast of Mauritius in the region of Cap Malheureux on the northern tip of the island, smugglers are busy on the west coast in the vicinity of Flic-en-FLac, and by the time Indian vessel comes down to the west coast the smugglers have a field day in the north, east and south of the island. It is a sort of game of hide and seek. Now, when the Americans will have left, how on earth is Mauritius going to prevent the Pirates of the Indian Ocean from taking possession of any of the Archipelago’s islands to make it a lair from which to attack? Remember what the French pirates and corsairs in centuries gone by, using Isle de France as their attack base, did to the vessels crossing the Indian Ocean?  The age of piracy is not over.

The modern-day pirates of the Indian Ocean are known to have recently raided ships in mid ocean and ransacked the whole cargo. Will these pirates hesitate for a moment to invade any of the Archipelago’s islands? A parallel may be drawn with what used to happen to the islands of the Bahamas Archipelago, on the other side of the world, which were frequently raided by Pirates of the Caribbean. Britain had to provide the necessary ocean-protection to those islands. Even today, the Bahamas, practically an independent entity, is reportedly known to be under the spell of some undesirable organisations. Taking all that into consideration, is Mauritius, in this day and age, really going to be able to provide for the security and safety of the atolls and islands of Chagos Archipelago? May be Mauritius can. May be, we shall only know after getting ourselves into a greater mess than now.

It has often been asked as to why the Americans do not employ Chagossian people in Diego Garcia for tasks performed by civilians. It is said that people from other countries are being employed to perform these tasks. A Mauritian friend who used to work at the US Embassy in London did put that question to an Embassy official. My friend was made to understand that the civilian employees on Diego Garcia are on contractual labour and can be sent home the moment they try to be recalcitrant. The Americans are generally terrified of organised labour but the more so on any military base. They cannot afford disturbances, especially at any critical time. So, we can leave the rest to the imagination of readers. The cheerful exclamation of the Chagossian leader that he has vowed to return home may have been a bit premature. 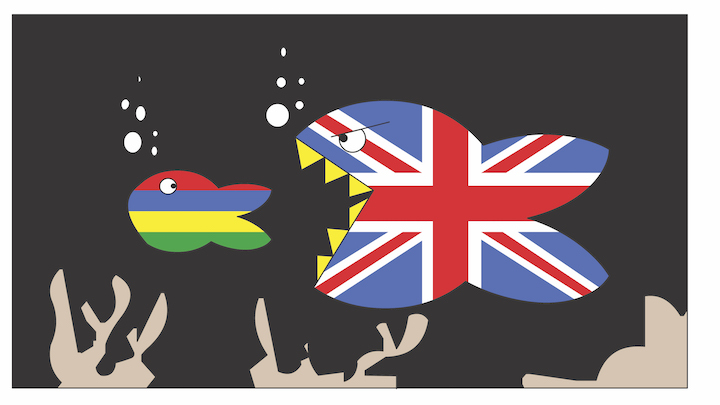 Should Mauritius take control of the Chagos it will unlikely be able to dislodge the Americans from this area, though it has always been for the policy to declare the Indian Ocean a Zone of Peace. Nous y sommes, nous y restons, the Americans are already saying. For reasons stated above, Mauritius will have a very hard time to get the Chagossians back home. The friends of today will inevitably turn into the enemies of tomorrow as regards the relationship of Mauritius and the Chagossians!

A certain situation of conflict is developing among the Chagossians themselves. The Chagossian leader says that all Chagossians want to return to the Chagos though it must be remembered that the first generation may be dwindling. On the other hand, it has been reported that one young British national of school age and of Chagossian parentage has made it clear in a British television interview following the ICJ verdict, that it is not his intention to go back and live in the Chagos. He was expressing the opinions of other young British Chagossians. For them home is the United Kingdom.

At the very moment, some third-generation Chagossians residing the UK are facing deportation. It is feared that their situation has been made worse by the recent ICJ verdict. The Telegraph (UK) of March 1, 2019 highlighted the case of two Chagossians, Lorenzo Narainen (20) and Brian Permal (28) who are fighting deportation.  They were not born in the UK. When their parents were granted the UK citizenship they were still under-aged and the citizenship does not automatically extend to them. They are subject to deportation similar to those of the Windrush West Indian generation who came to the UK in 1950s. As third-generation migrants, the younger Chagossians’ applications for registration as UK citizens have been turned down and a deportation order served on them. It is considered that many similar cases will soon come to light soon.

If these people are actually deported from the UK where will they be sent back? To Mauritius in every likelihood. Can Mauritius do anything under these circumstances? Mauritius cannot on the one hand claim back the Chagos and on the other hand fail to receive the third-generation Chagossians facing deportation from the UK. The rights of the Chagossians in the UK are being defended by journalists and MPs. According to the Telegraph, the enactment of The British Indian Ocean Territory (Citizenship) Bill going through the House of Commons on its second reading will extend UK citizenship to all Chagossians, including those facing deportation. There is hope for the desperate people.

Furthermore, a special arrangement has been made with India as regards Agalega. Will Mauritius repeat this process once it takes control of the Chagos Archipelago? And what about the other superpowers, France, Russia and China?