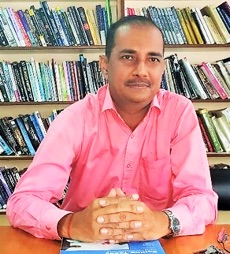 Government recently announced free education at the tertiary level for all public institutions in Mauritius.  This decision was viewed in different ways from the various stakeholders ranging from a populist to a social measure regarding students having little means of affording tertiary education. This paper actually adopts a rational and objective approach in explaining that tertiary education in public institutions was basically free from its inception and that today’s decision to extend free education up to the tertiary level remains logical although this demands an additional financial input of some Rs 600 million from the government along with a strategy to sustain such a policy.

Free tertiary education at the start

Prior to independence, education was free only at the primary level while secondary schools were fee- paying except for a few national colleges like the Royal College Port Louis, Royal College Curepipe, Queen Elizabeth College and the John Kennedy College, which were reserved for Junior Scholarship achievers eligible for the selective places in these top brass institutions. All other colleges charged school fees which excluded many potential students from achieving secondary education.  In 1977, secondary education was declared free and promoted entry to secondary schools to a huge number of students all over the country.  Little might be known of tertiary education at that time since Mauritius had a single university, the University of Mauritius (UOM) created in 1965 and developed from the School of Agriculture. Courses offered at that time were free albeit administrative charges in developing sectors like Agriculture and public sector management.

Students achieving ‘A’ level passes chose to study abroad particularly in the United Kingdom, France and India, the latter being the most favoured attraction for students capable of affording high quality tertiary education at comparatively lower prices.  Incidentally, the local university maintained a low profile with a modest number of courses offered which were free on a full-time basis.

Apart from the UOM, free tertiary education was quite rare except that the Mauritius Institute of Education (MIE), created in 1973, offered teacher training courses whereby students were already enrolled as trainee teachers but pursued pedagogical training beyond secondary schools in order to be equipped to teach both in primary and lower secondary schools. There was also the setting up of the Industrial and Vocational Training Board (IVTB) – presently MITD – by 1987 which allowed students to be trained freely at the beginning. With Mauritius stepping to a newly industrialised country in the mid-1980s, there was a growing demand to train the community in order to develop competences needed to propel Mauritius to a middle-income country status.

If the MIE trained already recruited trainee teachers, student education was so far limited to the UOM only whereby after completing a diploma or degree course, students applied for a job on their own. By the end of the 1990s, degree courses were awarded by the UOM through the creation of additional faculties besides those of Agriculture and Law and Management.  Student enrolment increased with a wider range of courses offered. The fact that students, during the economic boom, were employable just after completing university created a greater demand for university seats. The UOM could not accommodate an overwhelming demand for seats by the mid-1990s where supply was limited and obviously grew competitive in certain faculties.

‘A’ level students who did not get a seat could either opt for fee-paying education abroad or seek distance learning. Incidentally, polytechnic education modelled upon the Singapore education system was developed in Mauritius in 1995 through the Droopnath Ramphul Polytechnic and three years later, the Institut Supérieur de Technologie, both now campuses of the Université des Mascareignes. This became an opportunity in furthering tertiary level education in these two institutions which were obliged to remodel their initial programme to a University diploma. Post-secondary training encouraged students to afford such a valuable qualification in two years’ time freely with administration fees mounting up to Rs 7000 for two years. Evidently, graduates from these polytechnics entered the job market and a few others chose to join a top-up programme at the UOM or any foreign university.

With an increase in enrolment, two new universities were developed. The second public university was the University of Technology, Mauritius (UTM) created in 2000 following the merger of SITRAC and MIPAM into a university. The UTM became the first fee-paying university with education fees mounting up to Rs 30-40,000 per academic year. The decision came from the fact that a greater student intake incurred heavy financial investment from the government while more public secondary schools were built around the country. With focus on secondary education, tertiary education became partly fee-paying in most public universities.

It should be noted that tertiary education was under the aegis of the Ministry of Tertiary Education and  Research between 2010 and 2014. During that time, the Open University was created and enacted as a public university in 2010. It was earlier the Mauritius College of the Air (MCA) which was limited to distance education up to the secondary level.  The Open University provided and still offers fee-paying education with an enrolment that has substantially increased over the years.

At the same time, private tertiary institutions started their operations in Mauritius with universities setting up local branches. Earlier, Edinburgh Napier University launched a distance-learning MBA but ceased afterwards.  New universities that operated locally were Middlesex, Greenwich followed by a few others. With a decision to have ‘one graduate per family’ as decided by the previous government, university demand increased substantially promoting the setting up of local institutions providing fee-paying degree courses like Rushmore Business School, Aberystwyth University and a lot many others including French-based university system at Unicity, Flic-en-Flac.

Back to free tertiary education

The present decision to extend free education up to the tertiary level in public universities and institutions – some ten in consideration – apparently completes a cycle whereby free primary education  existed since the development of public schools in Mauritius followed by free secondary education in 1977.  Apparently, seen from the chronological perspective, tertiary education was free for full-time students between 1965 and 2000 and it is just since two decades that it has become fee-paying.  In practice, there is some logic behind this policy because there are still students from the low-income group who want to enter a university but are prevented from doing so due to financial constraints.  Families having more than one ward attending a university do face further financial burden. There is furthermore the need to have a critical mass in higher education to meet the future needs of the country.

It is clear that a lot of debate evolves around the topic and, in a democratic setting, all contributions are welcome. However, university access should not be hurriedly considered as a ‘grassroot levelling’ or ‘nivellement par le bas’.  All public universities accept a minimum of 2 ‘A’ levels meaning that only full HSC passes are eligible for free university education.  This entry requirement is at par with international university entry requirements and the fact of offering free tertiary education to HSC passing students is fairly reasonable. Definitely, selection will be also a determining factor in getting a university seat and even choices for the preferred courses will remain competitive.  The future depends on the quality of tertiary education that students expect to benefit from the free public university but that’s another question  to debate. 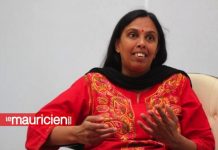