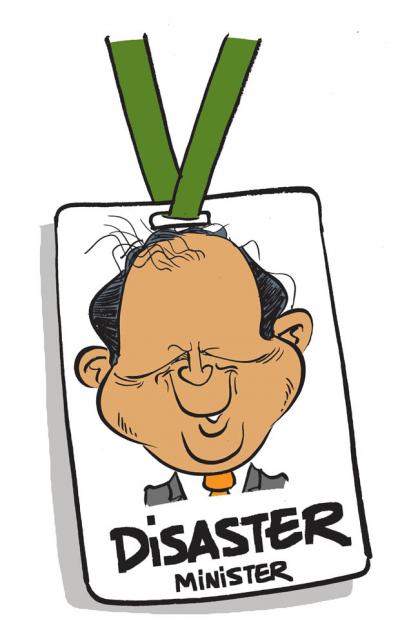 20 years after the Kyoto protocol, 196 countries came together to deliver an agreement on climate change. The significance of this agreement is predominantly lying in the strong signal it gives to the whole world, especially the coal industry and the fossil industry at large. The impacts of climate change are so evident that it would take only irresponsible leaders not to agree on a deal while being in Paris. According to the World Bank, only extreme weather events have resulted in losses of around 3 trillion USD between 1980 and 2012. There were few blockers in Le Bourget but the majority has galvanized the agreement and provides a strong signal for further action.
The Paris Agreement is a legally binding instrument under the United Nations Framework Convention on Climate Change (UNFCCC) and has set a clear temperature goal of well below 20c with efforts to stay below 1.50c. This is particularly a victory for the SIDS and the LDCs, but the big paradox is the pathway to achieve this target and keep the earth safe. The agreement failed to deliver on a solid roadmap because the individual NDCs and the specific reduction targets and measures in them are not internationally legally binding. Already scientists have time and again said that the aggregate of all Intended Nationally Determined Contributions  (INDCs) submitted so far are not ambitious enough to keep global warming below 20c. The French President has announced the building of a coalition of countries that will work to increase their ambition before 2020 is a strong signal. The agreement however, sets as objective to reach net zero GHG emissions by 2050- a big blow to the dirty Fossil Fuel (FF) industry, including those operating in Mauritius. There will be a global stock-take in 2018 that will be supported by a special IPCCC report.  Counties have to strengthen their National plans every 5 years starting in 2020 and producing low-emissions development strategies – Mauritius has to review its whole strategy regarding its emission target  and timeline.  The strengthening of national plans is essential as the current ones will lead at best to a temperature increase of 3-3.5oc. There is one aspect of the agreement that I personally do not agree, which is the use of market mechanisms between countries to trade the INDCs, because I believe that the spirit behind the INDCs is that each country should deliver on it and even more but not barter it. The agreement provides for an adaptation goal but unfortunately only looks at a 1.5-2oC-temperature increase and ignores the risk of higher temperatures. Loss and damage liabilities and compensation by industrialized countries as historic responsibilities are explicitly excluded. Financial obligations of developed countries to provide financial support to developing countries are included but are not legally binding as it has been moved to the decisions section and is not in the agreement. The $100 billion/year from the Copenhagen Accord, which has been taken as a floor has been relegated to the period before 2025. The good news is that the only technology that appears in the agreement is “Renewable Energy”. This brought a lot of smile to “Greenpeace”. The African continent has already obtained 10 billion USD for its renewable energy initiative. While the continent, which has enormous reserves of coal and oil in its soil is moving to clean energy, Mauritius openly supported one big corporate dealing with dirty coal in Paris. “On était le dindon de la farce”- “The Mister Bean of Le Bourget”. Mauritius flagged its pro coal agenda. I was frozen. Woah!!!! What a message to the entire world!
Our government addressed the floor in a flat speech praising a company for its integrated approach in burning coal. The minister of Environment stated that 70,000 tons of coal ash is being burnt out to produce 52,000 tons  of cement- “ I heard about this project since I joined the MIOD commission but it was never materialized, unless this has taken place after May 2015. Please Hon Minister go back to the press archives and see how the coal power producers are polluting our soil with the coal ash – there are some horrible photos”. It is still confusing in my mind how emissions will be reduced in the transport sector. In his speech, the Hon. Minister spoke about the promotion of hybrid vehicles and buses, which is contradictory to the mass transit system proposed in the INDCs. Which is which? The Hon. Minister has an ambition to plant 2 billion trees in 10 years. My advice will be to confine to 2019 (10 years is too far). Planting 500,000 thousand trees by then will be quite an achievement.
A lot of projects are in the pipeline and the creation of so many more institutions, including the construction of 10 refuge centers (more built area and …)
While every country came here with an ambition to put an end to coal and prevent global warming in order to save the planet, our country came with an egoistic agenda to fish for 5.5 billions USD to implement its INDCs. I would refrain from stating that this is shameful but would rather qualify it as  “naïve”.
Cry my beloved country, cry…