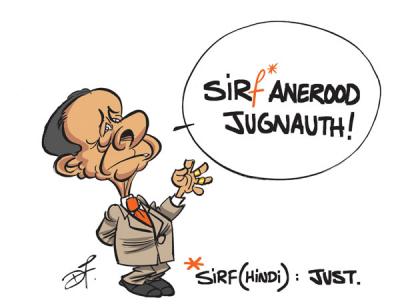 Sir ,with all due respect, how can you urge the Government to get out of the Commonwealth while, at the same time, you still carry the title “Sir” (a British Honorary Award ) which a handful of Mauritians were lucky enough to have it bestowed on them? I just wonder if you would have made such a comment if MSM were still in the Government and if you, yourself were still enjoying all the comfort at the State House. For nearly thirteen years you were the prime minister of this country and did it then never come to your mind that Mauritius would be better off outside the Commonwealth. For sure, a very large majority of the population will disagree with your opinion because Great Britain is Mauritians’ favourite destination when it comes to a) pursuing advanced study abroad b) receiving best medical treatment c) going on holiday or visiting relatives and d) immigrating.
Leaving the Commonwealth will not make it easier for the Chagossians to go back to their Islands and for the Government of Mauritius to regain control over Chagos. The effort and determination of the Prime Minister in his task to reclaim the sovereignty of Chagos will eventually bear fruit but he needs the support of every citizen of this country and even those who criticized and mocked his recent visit at 10 Downing Street.
It’s understood that after the cancellation of your pilgrimage across the country and the public’s lack of interest in the opposition (Remake 2000), you can’t stay put. Why the need to create unnecessary noise to be heard on private radios and clinch the limelight?