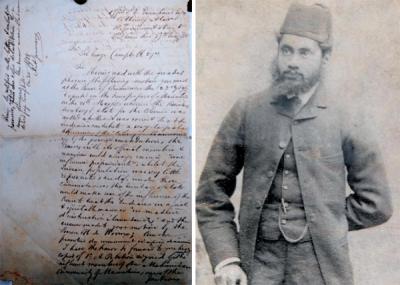 Dr. Idrice Goumany is known for his exemplary sense of duty, professionalism and patriotism.  He sacrificed his life while saving the lives of others, especially the Indian indentured labourers affected by small-pox and isolated at the Quarantine of Pointe aux Cannoniers.  Unfortunately, he died on 28 July 1889 after having caught the deadly disease himself – a victim of his own duty.
Some of the documents recently retrieved from his personal belongings tend to indicate that he was very much concerned with the educational, economic and political situations of his people.  After completing his professional education in Scotland, he returned to Mauritius in 1887 and devoted himself to the improvement of the conditions of his people.  Being among the first batch of doctors among the Indo-Mauritian population, he commanded high respect and wielded considerable influence in his social surrounding. He seems to have been the brain behind the letters and petitions sent to the authorities in London and Istanbul.  He died at a tender age of 30.  Had he lived longer, he would have emerged as a political leader, just like his contemporary Dr. Hassen Sakir.
On 29th May 1888, he had recourse to the Office of E. Ganachaud, Attorney at Law, operating at 18 Government Street, Port Louis in order to address a letter to Sir George Campbell, who belonged to the Scottish Liberal Party and who was a Member of Parliament in UK (1875-1892). Having stayed for a number of years in Scotland, he was familiar with the Scottish political etiquette.  In the aforesaid letter, he made reference to a motion of Sir George Campbell in the House of Commons, which was reported in the newspapers of Mauritius on 25 May 1887, wherein the Assistant Secretary of State for the Colonies was asked whether it was correct that the Indians contributed a very large share to the treasury of the colony of Mauritius and whether the Secretary of State would make use of the influence of the Crown to treat the Indians in a just and equitable manner.  This letter was accompanied by a petition signed by some influential members of the Mohammedan community of Mauritius.
Another document from the old file of Dr. Idrice Goumany reveals that there was indeed an exchange of correspondence between the Muslim elite and 10, Downing Street, London.  In a despatch dated 28 August 1888, the Office of the Colonial Secretary in Mauritius informed the prominent members of the Muslim community to the effect that their petition had been acknowledged and well noted by H.E. Francis Flemming, the Secretary of State of the Colonies.  In fact, in that petition addressed to H.E. Flemming, the petitioners pointed out that the Muslim community was the largest contributor to the revenue of the Colony, but was being denied of its due rights.  They complained that their earlier demand for proclaiming two of their religious festivals as public holidays was turned down by the colonial authorities.  In the new petition, they demanded that Mohammedan schools be given Government grants just as the Catholic schools and that the Muslim community be represented in the Council of Government and Council of Education by at least two Muslims.  However, in its polite reply to the petitioners, the Secretary of State for the Colonies had diplomatically turned down all the demands of the Muslim community.
Although the political demand of the petitioners could not materialise during the lifetime of Dr. Idrice Goumany, it did not take long for his friend, Dr. Hassen Sakir, to be elected as the first Muslim Councillor in 1900 and be nominated to the Council of Government in 1911. 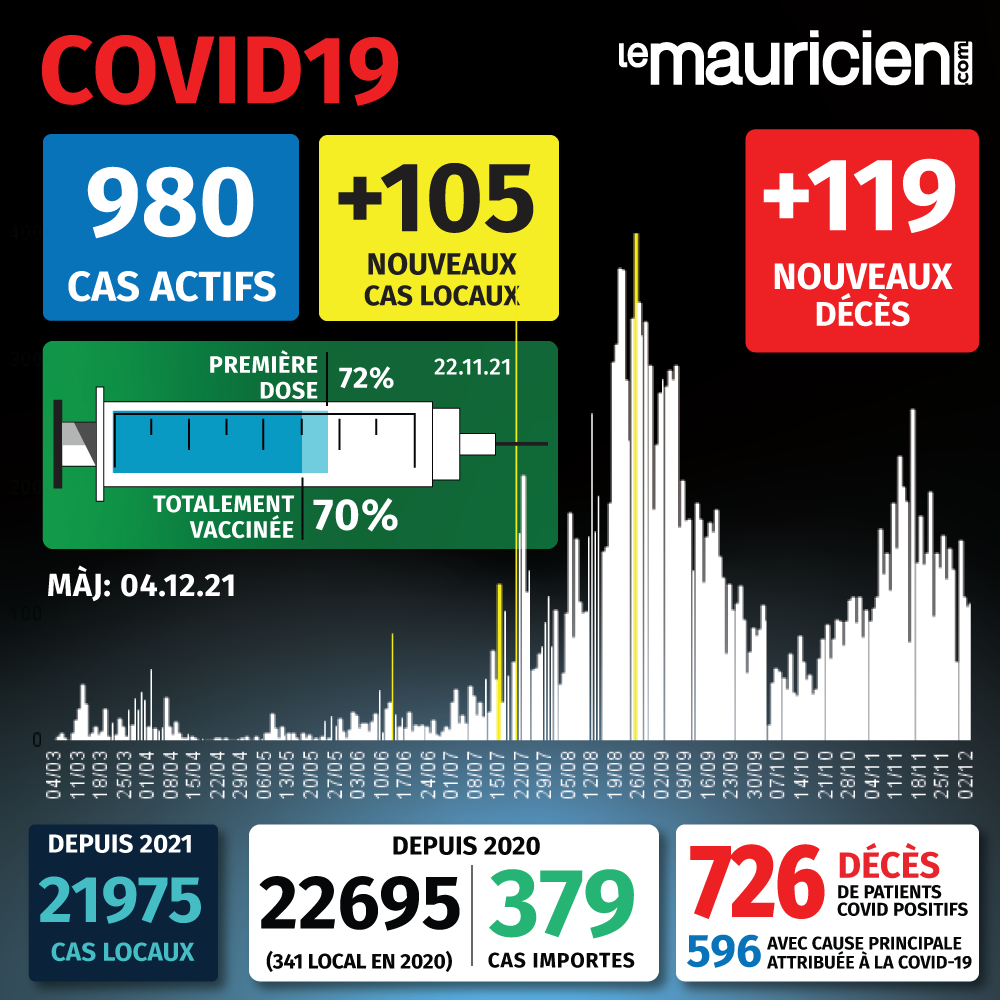