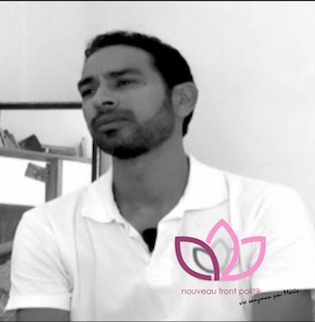 This past Wednesday, on June 26th 2019, the United Nations celebrated the 30th annual “International Day Against Drug Abuse and Illicit Trafficking.” All across the globe, countries observed and celebrated this International Day by organizing marches and events aimed at raising awareness on drug abuse and fighting the illicit drug-trade worldwide.

That same day in Mauritius, the Prime Minister took to the streets of Port Louis to participate in a “March on Drugs” (i) alongside other prominent cabinet members, including the Minister of Health, who poignantly declared that in Mauritius the “number of drug addicts was increasing year-to-year.” (ii) This fact comes straight from the horse’s mouth, despite the governments allegedly monstrously successful “war on drugs;” a policy-blind government strategy ill-advisably waged (iii) since the installation of the current “L’Alliance Lepep” administration.

Days prior to the PM’s “March on Drugs,” Nouveau Front Politik -(NFP) – (iv) co-sponsored a small event that was held at Rose-Hill Plaza to commemorate the exact same occasion. (v)The charitable event, a “Just Say No To Drugs” art competition, was organized by a private company (Live Events Planner)-vi-, private donors, social workers and activists alike—and was free of charge and open to the general public. There was no media present. No high-profile politicians. No massive photo-op opportunities. Just a handful of community members, and their sponsors, rallied around a good cause.(vii)

Despite their similarities, their shared goals and aims, these two seemingly interchangeable events could not be more different.

On the one-hand, we have a charitable public event, and, on the other hand we have the current government’s drug policy: encapsulated in last weeks “March on Drugs.” The key word here is policy. This is the fundamental difference between these two otherwise conspicuously similar events.

Policy. After THIRTY YEARS of celebrating the “International Day Against Drug Abuse and Illicit Trafficking” in Mauritius—nothing has changed.

The situation is, in fact, getting deplorably worse. By the Minister of Health’s own admission, the illicit drug situation in Mauritius is degrading, almost on a daily-basis: with more cases of drug abuse, drug trafficking and drug arrests, and drug over-doses nationwide year after year. Synthetic and hard drugs are ravaging our country, destroying our youth. To make matters worse, our elected officials seem frozen in a time capsule dated 1989, unable or unwilling to take the necessary steps needed to help solve this catastrophic problem.

Dinosaurs. Jurassic Park. Archaic. All these and other similarly condescending descriptions for our parliamentary members, and their inability to cope with the present situation, come to mind. Like our drug addicts: these too increase, nationwide, exponentially, year after year.

Regrettably, our drug policy in Mauritius remains rooted in primitive emotional or ideologically based projections of what drug policy must look like: a blanket-like policy of complete and outright repression—the classically politicized ideological “war on drugs.”

“Nowhere is this divorce between rhetoric and reality more evident than in the formulation of global drug policies, where too often emotions and ideology rather than evidence have prevailed. Take the case of the medical use of cannabis. By looking carefully at the evidence from the United States, we now know that legalizing the use of cannabis for medical purposes has not, as opponents argued, led to an increase in its use by teenagers. By contrast, there has been a near tripling of American deaths from heroin overdoses between 2010 and 2013, even though the law and its severe punishments remain unchanged.”(viii) – Kofi Annan, Former UN Secretary General.

Globally, this “war on drugs” has failed miserably. In Mauritius, this failure is no less apparent; in spite of any government administration claims, and in spite of any number of countless drug arrests and drug seizures. Regardless of any marches in the streets of Port Louis, and sadly, regardless of any free art competitions at the Rose-Hill Plaza.

In spite all of these, we are desperately losing the “war on drugs” in Mauritius—as undoubtedly, the proliferation of synthetic and hard drugs is increasing rapidly, and at an alarming rate.

Unless we wish to continue to see a drug impoverished Mauritian youth increasing in number, sparking more and more drug-related and violent crimes–the quintessential earmarks of the dismal downward spiral of a society in decline: we need to act now.

What we need is something new and different. We need a shift in policy. Just as with monetary policy and the economy, to ensure a healthy and robust economy, we make policy changes accordingly. Likewise, for the sake of our society, our drug policy must follow suit.

“The definition of insanity is doing the same thing over and over again, but expecting different results.”  – Albert Einstein

NEW AND DIFFERENT. These are two important keywords for Mauritius today. The statistics are in, globally. Drug policy reform works. Countries are acknowledging this, and are implementing new evidence-based global drug policy reform recommendations: and they are getting results. Mauritius can too.

Herein lies the critical difference between the Prime Ministers “March on Drugs” and the art competition that NFP co-sponsored: policy. It is in the approach to solving the synthetic and hard drugs problem in Mauritius that these two events represent that differs. Whilst, although we share the same goals, we (at NFP), like hundreds of thousands of private citizens across Mauritius, know that it is time to reform drug laws and drug policy in Mauritius; and we have been adamantly advocating for this change in approach for the better part of the last decade. Unlike the current, or any past government administrations.

At NFP, we know that it is time for change, for real change, and for real results. Not just arrests. Not just seizures. These do nothing: except crowd our prisons with low-level drug-offenders who later become hardened career criminals, or drive up the prices of these illicit drugs–thereby spurring more drug-related and violent crimes. This is but a vicious well-documented cycle.

It is time to break the cycle.

It is time to shift our resources in accordance to global drug policy reform recommendations, and re-focus our attention on fighting the real evil: synthetic and hard drugs. Not cannabis. Cannabis is a drug that we have been conditioned for decades by others, for political reasons, to believe is evil; so that big corporations and industries alike (oil, pharmaceuticals, alcohol, and textiles) could profit immeasurably, ruining our planet in the process. 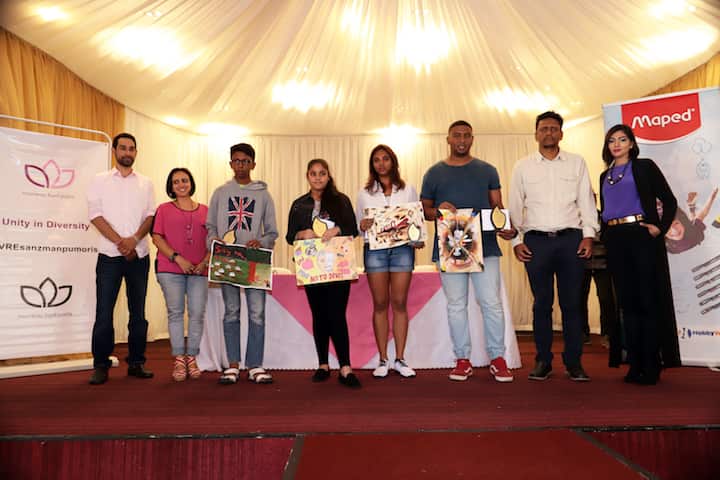 There is a simple truth that many countries worldwide recognize today: that the “war on drugs” is not at all a war on drugs–but a war on people.

And no country or government has any business waging war on its own people.

It is therefore imperative that the current government administration (“L’Alliance Lepep”) get with the program, and lead Mauritius in a new way of combatting the scourge of synthetic and hard drugs, and their trade, in Mauritius.

For one thing is certain, when it comes to drug policy in Mauritius: as a country, and as a people, we can no longer afford the current status quo.