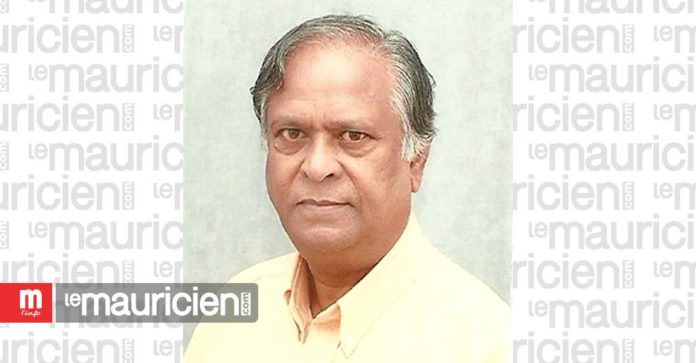 It’s not easy for girls and women to face a patriarchal society. Yet today we note with satisfaction that many of them are overcoming social barriers, prejudices and other obstacles to win national and international acclaim in the field of sports. Greater opportunities are now available to women to participate in sports and fitness activities. Men coaches and decision-makers, it must be said, are part of this development. Let’s hope that with the passage of time, things will get even better.

Prakashi Tomar and Chandro Tomar were Indian sharpshooters in Johri village in Uttar Pradesh. They were over 60 years. Saand ki Ankh (Bull’s Eye) is a 2019 film produced by Anurag Kashyap based on their lives. Taapsee Pannu plays Prakashi and Bhumi Pednekar enacts the role of Chandro. Despite their age, they defy stereotypes to achieve their dream. The film dramatizes their desire to be different and their determination to win.

For them, sharpshooting is fun. It’s also an opportunity to do something with their lives. They discover that they are capable of much more than just cooking, cleaning, serving food to male members of the family, and looking after the animals. They feel proud that they possess an ability that gives them dignity. They leave home under the pretext that they are going to the temple. In fact, they are going to participate in a competition. Sports represent a weapon to rebel against the rigid customs and male superiority of a conservative society. Sports open their eyes to the existence of a wonderful life beyond their own mundane and monotonous life.

Dangal (2016) portrays Amir Khan as a wrestler training his two adolescent daughters in the art of wrestling. There’s initial mockery from villagers. The girls are submitted to gruelling training sessions under strict supervision. The mother thinks the father is destroying their lives. But the father has faith in himself. He turns them into national winners. The film is inspired by true events.

The 2021 film Rashmi Rocket shows a track and field athlete (Taapsee Pannu) being victimized on grounds of gender testing. The experience leaves her traumatized. She feels humiliated and isolated. Gender testing is known to have caused depression, even suicide in certain cases. Why are males not tested? But despite the odds, many women go ahead to pursue their dreams. Chak de! India (Let’s go, India, 2007) has Shahrukh Khan, an ostracized and heart-broken sportsman, redeeming himself by coaching the Indian national hockey team consisting entirely of women. Hard work will bring out their potential; they will learn what commitment to a goal means and what operating as a team represents. Shabaash Mithu (2022) depicts Mithali (Taapsee Pannu) experiencing an uphill task in the world of cricket before being recognized for her skill and her exceptional fighting spirit.

In all these films, we see women in a reversal of roles. We see them fighting their inner fears. In this battle, some men support them. And men who were sceptic about them end up applauding their performance.

Leaving aside competitive sports, let’s focus on the general benefits of sports activities to women. Girls and women who play sports tend to develop a higher level of confidence and self-esteem. This plays an important part in their self-image. Sports make them health-conscious, which is good because it strengthens the immune system. This does not mean they will not fall ill, it simply means they will recuperate from illness faster than those whose immune system is deficient. Moreover, they have no problem with their state of psychological well-being. They develop a sense of purpose. Concentration over physical activities means they are left with no time to worry over unnecessary things. Sports maintain healthy bones, muscles and joints. Sports play a role not only in physical terms but mentally as well.

Girls and women in any form of sports are more likely to get involved in community activities as adults. Psychologists claim that “In an era when social isolation and mental health issues including media-fueled comparison anxiety are at an all-time high among young people, the peer bonding and sense of commu- nity provided by team sports are needed more than ever.” A deep sense of isolation can have negative impact on the psyche. Mixing with others and getting to know people from different walks of life is something to be encouraged because social relationship is important in one’s development.

Sports help in controlling unhealthy eating habits. Sports demand the intake of sufficient water, which is good to get rid of toxins. It is in sports that you learn about coping with failure graciously, respecting your opponents and taking defeat or success humbly.

Sports teach practitioners about life. You learn that even if the world tells you that you have lost, you don’t lose until you believe so. In any sports activity, you learn to organize yourself and to live according to certain rules of discipline. These qualities go a long way towards personality building. Sports are not free from stress. Learning to keep calm in stressful situations is beneficial in everyday life. Womenfolk are as stressed out as men whether at work or at home. The easiest way to relax is to do some physical exercises.

Even the best players experience moments of nervousness, uncertainty and intimidation. But the secret is not to show it. Once you learn to practise staying calm under intense pressure, you may find that the lesson is helping you in other situations in your life. You tell yourself everything is all right despite your fear. You create in your mind the illusion of confidence to make things look easier. This psychological trick cools you down faster than anything else. It ignites a fire within you. Instead of being bogged won by the fear, you feel emboldened. Because you fed a positive idea in your mind, the mind in its turn sends back positive warmth to your body. The same skill can be useful if you are going to take part in an interview, an exam or a driving test.

More and more women are exposed to a variety of diseases due to modern lifestyle. For instance, cervical cancer is the 4th most frequent cancer among women globally, with an estimated 604,000 new cases and 324,000 deaths in 2020, according to World Health Organization. Each year in the US about 13,000 new cases of cervical cancer are diagnosed. About 4,000 women die of this cancer. Sports, or simple regular activities like walking or jogging, stretching, together with deep breathing and yoga, could help to prevent diseases.

It’s always heart-warming to see our girls and women doing very well in sports in Mauritius. Many are getting the chance to go outside to represent the country. Their coming back with medals is a moment of pride for us all. The handicapped are given all the necessary facilities. Sports demand sacrifice. And these girls and women are devoting themselves heart and soul to what they like best. They, and all those who are working for them behind the curtain, are our real role models.