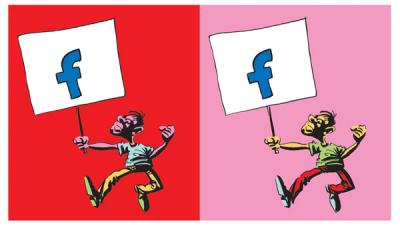 Economic downturns may be the theme of the year 2011 but as Facebook proves time and again, it provides some form of escapism from disasters and gloom that can surround us from different forms of media. Socially engaged pages have taken hold of Facebook more than ever this year with a mass rising worldwide against unfair leaders and their even unfairer ways. There are however things that remain unchanged no matter what the mood of the world is. Art and books remain a mainstay irrespective of war, peace, economic upheaval. Stocks and bonds might be plummeting, the price of property on an overall dip but art remains priceless as one artist can still bring in $100 millions posthumously. Moreover, as we take a look around the world, some people give intimate portrayals of their cities and why it is close to their hearts.
Recession-proof art
Whenever we think of art, our minds immediately jump to the classic masters, rarely are we exposed to contemporary art in our everyday lives. Unless a person has artistic sensibility, art is a world that few dare to venture in. However, there are some pieces that gain popularity because they become part of popular culture. The whole world knows about the iconic image of Che Guevara, revolutionary par excellence. In time, this portrait has taken a symbolical significance and has widely been used this year.
Similarly, Andy Warhol is one such artist who has found his place in popular culture and is now known all over the world. Knowingly or unknowingly, we have all had exposure to Andy Warhol’s masterpieces. Hi celebrity portrait with their signature use of bright colours have become well-known all around the world. They have been replicated many times over and are still used as templates for portraits. The four prints of one person done with bright colours are now ingrained in popular culture so much so that these kind of portraits are known to be Warhol or Warhol-like portraits.
Interestingly, as The Economist magazine posted on its Facebook page this week, Andy Warhol is still raking in millions. Had he still been alive, he would have known riches beyond imagination.  Over the years, Warhol pieces have sold for millions consistently in auctions and have proved to be recession-proof. Last year, Warhol’s work sold for $313m dollars in auctions, and the increase from the previous year was 229%. These figures are an indicator of how something that starts off as insignificant grown on to be a cultural phenomenon. Warhol’s ‘ art form’, if we can call it that has its firm place in popular culture and is not going away any time soon. Rather, it seems that it has claimed its place and is here to stay.
Favourite cities
On a recent trip to Newsweek International Facebook page, a segment called The City caught my attention. It exposed a city under the portrayal of famous people. Tahar Ben Jelloun wrote about how he views Casablanca while Paulo Coelho gave an intimate portrayal of Santiago de Compostela, the sacred Spanish pilgrimage site. For some, Casablanca remains the timeless classic movie but for Tahar Ben Jelloun, it is a chaotic city where beauty blends with frenzy so much so that the beauty gets lost, but perhaps that is the real beauty of the place. His view of Casablanca is as claustrophobic yet enlightening as his masterpiece This Blinding Absence of Light. His depiction of the everyday fight for survival and the beauty of the Great Mosque all blend in to make the city what it is, a pulsing, vibrating yet elegant place.
As for Paulo Coelho’s portrayal of Santiago de Compostela, it is a journey of discovery so particular to the author perhaps due to the fact that it was during one such pilgrimage that he wrote his first novel, aptly named The Pilgrimage. As he beautifully puts it “The stone church is the same as it has been for centuries, but by the journey’s end, it is the pilgrim who has been indelibly changed.”
Facebook is undeniably changing the world as we know it. It is not only a platform for personal expression, political revolutions and social networking. It is also a place where culture is made available at one’s fingertips. Local culture is also much more accessible through invitations of events held around the country, which would have been otherwise restricted to a certain group of people. Now, through Facebook, cultural platforms and their events are more widely known and thus open a new world to people.