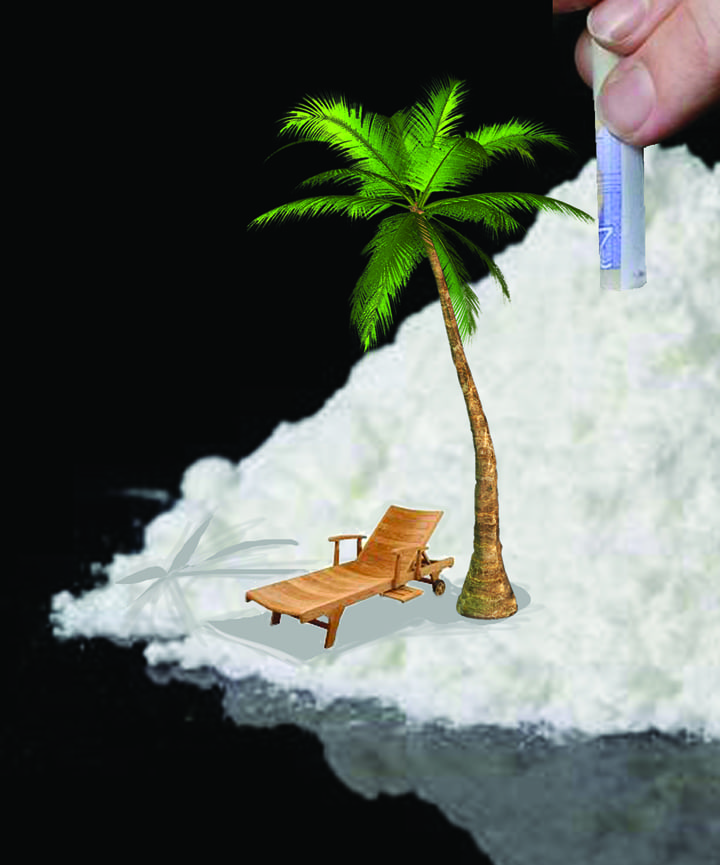 This is a review of the summing-up plea of Pablo Escobar that led the Celestial Supreme Bench to allow him access to heaven.

My Celestial Lords, l am the Colombian Pablo Escobar who was murdered in youth like a cat on a hot tin roof. I highlight my nationality as the key, pivotal argument against my sentence ordering my descent to hell. Let me remind the Celestial Lords of my contributions to mankind, my nation and my country folks. I remain pious, God believing and overcame dire childhood hardships as the records clearly prove. I became an organic planter, contributing in an historical manner to the development of agriculture in Colombia.

My celestial lordships, I pioneered the development of a worldwide pharmaceutical enterprise, helped to provide gainful employment to my less fortunate countrymen and families. I brought offshore financial facilities to my poor nation and developed wide range diplomatic ties putting Colombia on the world map.

I remind my Celestial Lords of my political contribution in the advancement of democracy, the betterment of law and order. I was elected to parliament by my beloved Colombians. I ensured law and order as Hammurabi taught overlooking the gardens of Babylon.

Let me remind this Celestial Court my total devotion to clean living. I led by example. I am the only human being to build with my money the prison I agreed to unfairly sacrifice myself.

My fame even after my earthly existence persists. With total modesty my life may rightly make you reminisce of another young martyr!

We both have numerous films narrating our life on earth, our sacrifice for our sisters and brothers.

My Celestial Lords, facts are truths, truth is just, law is justice!

I remind you humbly, respectfully of my opening statement. I am Colombian! Why? Did I choose my nationality? No, my Celestial Lordships, the heavenly establishment made me Colombian. And thus I was murdered as a cat on a hot tin roof in spite of all above mentioned memorable achievements. I was born Colombian! Is this celestial justice?

My defense is simple. My human rights were baffled. Imagine Pablo Escobar a Mauritian! Colombia led to my martyrdom, would I have suffered such cruelty in Mauritius as Pablo Escobar?

Mauritius is Paradise. I would have been valued VVIP, my Celestial Lords. The president, government, police would bow to my wealthy achievements in politics, finance, agriculture, offshore and utmost law and order.

I used in prison, my prison, to watch Louis de Funès and Peter Sellers playing cops. I now realise this is true. Those characters do exist on earthly paradise. Shame I didn’t know this whilst alive. They turn drugs into tea leaves, cement and even evaporate the stuff. Magical, my Celestial Lords.

The Mauritius police would have greatly benefited from my honesty. This much is clear since there is always room for improvement.

I would not have been murdered, I could have taken a yacht and tiptoed without getting my toes wet. Thus, avoiding the risk of drowning, knowing how busy the National Coast Guard is.

I have divine respect for the Mauritius Police Force. They have a mentor, my Celestial Lords. They rehabilitate detainees in such a joyous manner, they party and make the female inmates dance to their tune. My Celestial Lords, incredulous! Why the world learn not is shameful.

I could go on and on, my Celestial Lords, I respect this Divine Bench. I did attempt to find a Mauritian Counsel. Tragically they are alive, following my footsteps.

I demand celestial justice. I did not choose to be born Colombian! I, a Mauritian, would have been a hero. Thus, I move all charges against Pablo Escobar to be set aside. After all, justice must be seen to be done.