1958 saw the creation of the Royal College Port Louis after the first stone was laid by HRH Princess Margaret in 1956 on her visit to the colony, as Mauritius was then. The college was renamed from La School de Port Louis and was a new purpose-built building with sports grounds. The Royal College Curepipe was the other government-funded secondary school for boys and the Queen Elizabeth College was the girls’ equivalent. Throughout my 8 years there, I have seen a very big number of very talented and bright kids going through the schools. For Port Louis it was a new dawn, seeming full of optimism, and those kids from the north and the west of the island were basking in the light. There were many who went on to make a mark, in some cases a big mark, in the academic/professional areas they chose to work in, whether it was in Mauritius or abroad. I am not going to make a list of those people as there would not be enough space. As normal, the kids chose their peer group, depending on their interests. Significantly in that year on 6th February the Munich air disaster took place. Manchester United, with its Busby Babes, was running the roost in the 1950s in the UK, and of course kids always choose winners to support (one can tell what generation/decade a kid belongs to by the team the choose to support, as we know very well about Liverpool and Man Utd supporters in Mauritius. With the air disaster even the burgeoning supporters would harden their love for the club, and the Man Utd kids all got together and set up their own group.

As usual there is always someone in a group who would show more knowledge and would try to influence others’ opinions. In came Gérard Cateaux. Not only was he good at sports, but he had more information in his store than anyone else. So King Gérard held court. He went on to stamp his authority in athletics and football (as they were the only 2 sports the kids were interested in – badminton came later as well as volleyball and basketball). As it happened, the close friends in our group went on to belong to the same house, the Lamaletie House in blue. Although there was great competition among the pupils, relationships remained cordial. Of course we would support our best members. We would support Gérard in whatever races he used to take on the big boys. Again to list them would take too much space. Gérard’s achievements were legendary. That was athletics where he would compete as an individual. But he would also play football as part of a collective. I used to play in the same team as him as he was always encouraging me as well as other fellow team members. I remember how proud I felt when I went to watch him, when he was still at school, play for Cerne a second division team then, at St Francois Xavier football stadium. After the match he came and sat with me – that was the measure of his warmth. 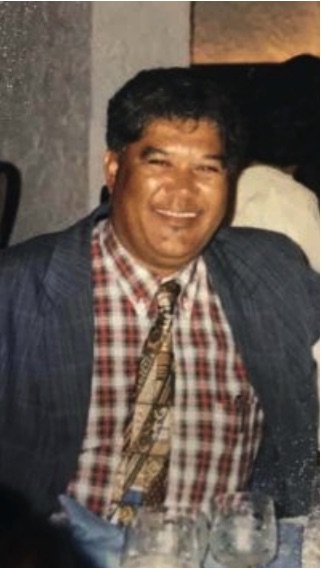 As usual in those days, after school the pupils, having passed their HSC, would go on to further studies abroad (as we did not have a university in Mauritius then). Gérard went to teach English in Madagascar. At that time there was no email, no Facebook, no fax – the only way of keeping in touch was by mail, which, depending on the part of the world you ended up in, could take at least 2 weeks. So keeping in regular touch proved to be a big problem; keeping up with mail to home as well as studies took too much time. So for a long period of time we lost contact with most of our friends. In fact some people, because they lost contact, never bothered to re-establish any links. But that would be counting without Gérard. In the 1990s sitting in his office at Week-End in Port Louis, he would receive all his friends from abroad (even his former RCPL teachers on whom he told us many funny stories, which I would not repeat out of respect). In this instance I will mention one name as this friend has been, together with Gérard, instrumental in all the friends re-establishing contact; his name is Clancy ‘Boum’ Philippe. His name would be familiar to Mauritians abroad who, never having cooked at home (mainly men), want to carry on eating Mauritian food. Together with his late wife, he would establish a website – Best of Mauritian Cuisine – and he would use his network to put us in touch with one another. For that we would be forever grateful to Gérard.

I have left the most important point last. Gérard, I said to him once, you are the only fully Mauritian family I know. As we all know, in Mauritius the problem of communalism has caused so much damage, and if ever there was/is an ‘ennemi acharné’ of communalism, it was Gérard. He was married to Rheedee, a Hindu. He had a sister married to a Muslim, Abbasakoor. He was a true Mauritian and was at home in every community on the island. If he had ever been PM, Mauritius would have been the paradise everyone claims for it to be.
On my numerous trips to Mauritius, one of the things I enjoyed most was to drift around the city ending up at lunchtime in the canteen of Le Mauricien, where he would introduce me to the wonderful staff and where of course I had a couple of childhood friends working. He was an amazing family man who would treat his stepchildren like his own and Rheedee would do the same for Gérard. My mum used to enjoy her weekends with Gérard and Rheedee in Trou aux Biches at the apartments. Gérard was a compassionate and kind person, and never had a bad word to say about anyone. All his friends from all over the world will miss him enormously. I am still proud to have a joint photo on my FB page that I would treasure for ever as it was his idea.
REST IN PEACE, OLD PAL.