On Wednesday January 6 last, TV viewers, worldwide, could hardly believe their eyes when they saw angry protesters scaling walls or scuffling with police, storming the U.S. Capitol in an unprecedented scene Trump himself encouraged and condemned only belatedly to save face when the threat of impeachment looms anew.

Immediately, inside the States and worldwide, voices that matter expressed their disbelief that something of that sort could have occurred in the United States of America – and which they condemned unreservedly -, the most powerful nation on earth and in the front line of bulwarks of democracy and self-determination, and for some looked like an attempted ‘coup d’Etat’. In the U.S., both Democrats and Republicans condemned the event, up to then believed capable to happen only in banana republics. Yet, it happened all the same at the call of someone who had vowed to make ‘America great again’, yet nevertheless ended his career as the most powerful man on earth in the most shameful manner, forced to lower pants and concede the transition will be peaceful in the face of the furore his last stupidity provoked, and inevitably to figure among the worst presidents America ever had, indeed the ‘very worst’.

Even when he was sworn in, in January 2017, doubts were expressed as to the ability, with all that implies, of Trump to run the most powerful nation on earth, given his background. Some may still remember how Angela Merkel, German Chancellor, expressed her doubts, albeit in a very diplomatic turn of phrase. While Macron reportedly expressed his in private after his first encounter with the man. Furthermore, those with good memory may remember that on the very day he was sworn in, angry protesters in the thousands marched through the streets of many states for days running carrying such banners of the like ‘Trump is not my President’, without any precedent, …which apparently was the harbinger of what ensued, the most dismal and tempestuous presidency of modern times. In many ways the spectacle of January 6 was the natural culmination of a presidency built on disregard for democratic norms. Far from making America ‘great again’, Trump will go down in American history as the one who brought shame on the nation. 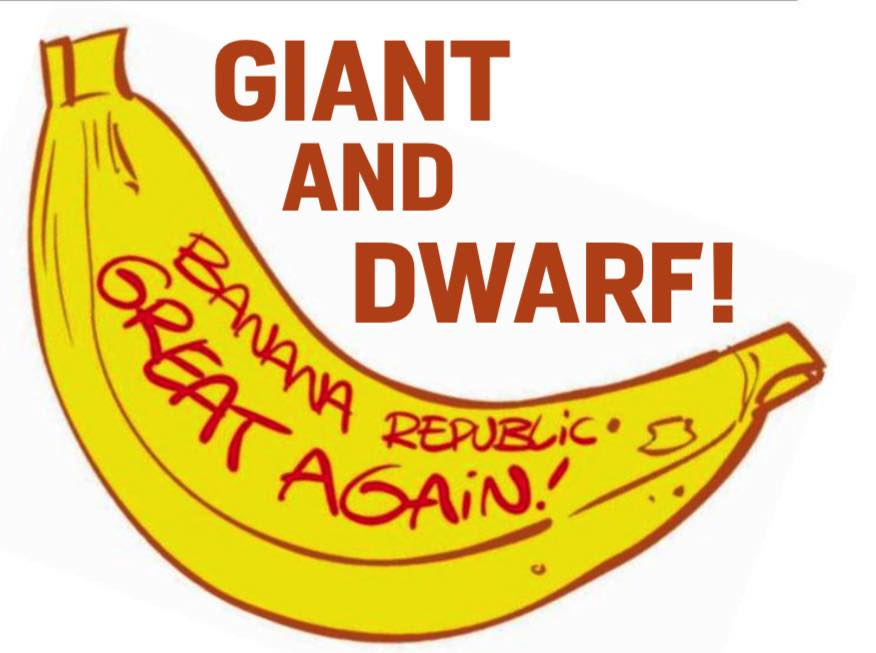 Admittedly, at this point in time, our multi-faceted worries relating to the immediate future, exacerbated by unprecedented ‘signs and omens’, along with oft-repeated ‘the worst is still to come‘, manifestly overshadow whatever may be happening in distant United States. Then, what is the point of writing this note? Only to remind that in these columns of late I invited attention to a Bible prophecy that we are living at a time when ‘the scene of the world is changing’, as we have had ample opportunity to witness here, especially if we limit ourselves to that span of time that runs from the last elections. And above all to put it to the reader: ‘Can there be any possibility, ‘toutes proportions gardées’, for us to establish comparisons with what have been taking place in the United States under Trump? How so, between a giant and a dwarf? Yet, any impartial and objective analysis may surprise, given some crucial common points. Try it!

Well, I’ll pave the way. In January 2017, Trump started his ‘rampage’. Here, coincidentally, at the same time, we shifted markedly from our traditional democratic traditions in a maneuvre that signalled the start of what must be the most sombre episode of our political history for the whole duration of our sovereign existence. Trump navigated in the most disorderly and unpredictable manner, narrowly escaping impeachment at one point,  while here those at the helms twisted the rules, belittled political opponents (in pure Trump style), set dangerous precedents, run the National Assembly in the most shameful manner, got embroiled in scandals, some thrown on the sidelines for the last elections, others getting the axe, for having become embarrassing or unwilling to toe the line, just as Trump did with associates and advisers! Such similitudes between the matchless giant and the dwarf stand in one thing: ‘human rulership’*.

By next January 20, Trump will be forever gone, to be quickly forgotten (perhaps not that sure),  having nevertheless significantly altered, and perhaps to last,  the cohesion of the American people, already plagued by racism, having spent his last days in power, along with his minions, in total helter-skelter. While here we feel like a Damocles sword dangling above our heads given how matters are unfolding, with our political masters driven to the wall, as it were, opposition spreading beyond the political sphere, the ‘B… zot deor’ likely to escalate. Trump ‘n’avait pas l’étoffe’. And what of here? Attendons voir.

P.S: *In one of my previous notes – (Forum – Le Mauricien 24/12/20, ‘Descente aux enfers’) – I requested the reader to keep in a corner of his memory the two words ‘human rulership’. It still stands. 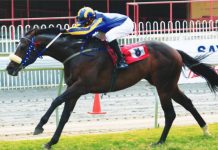 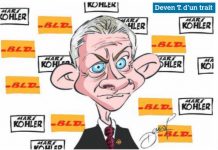 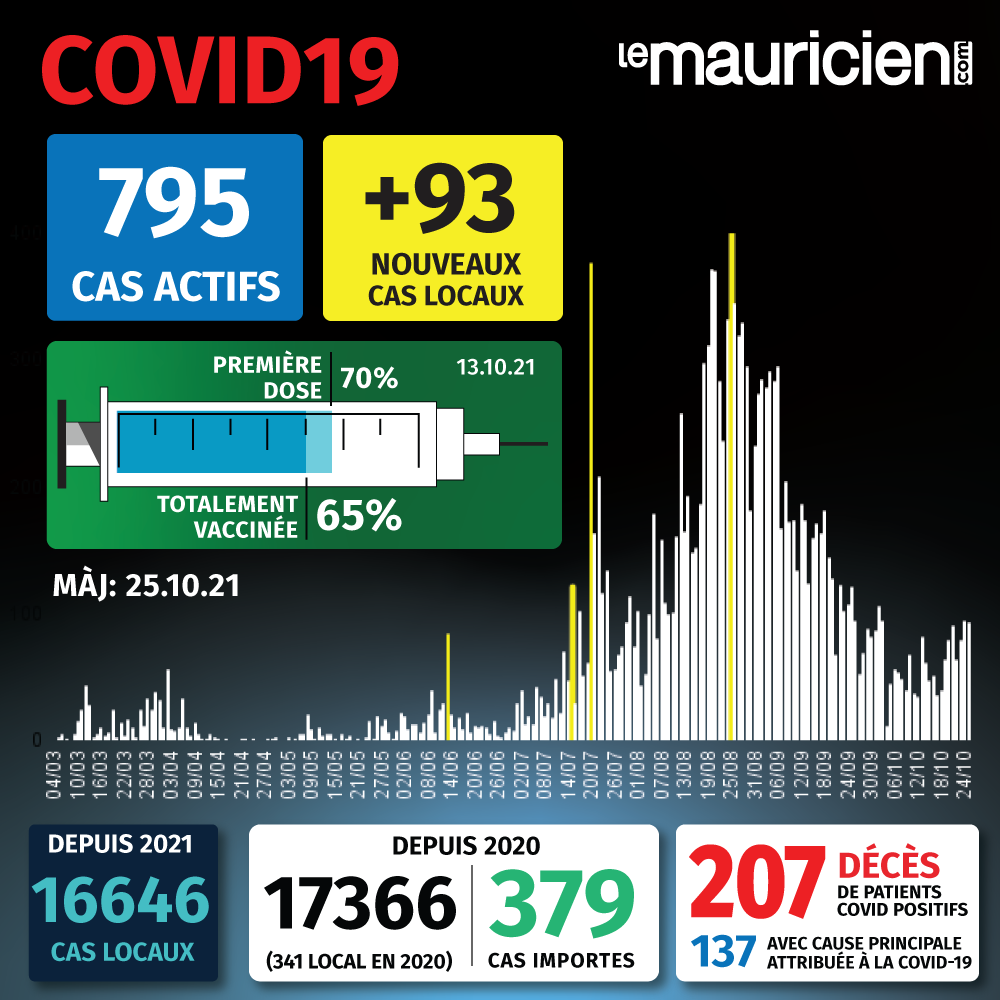 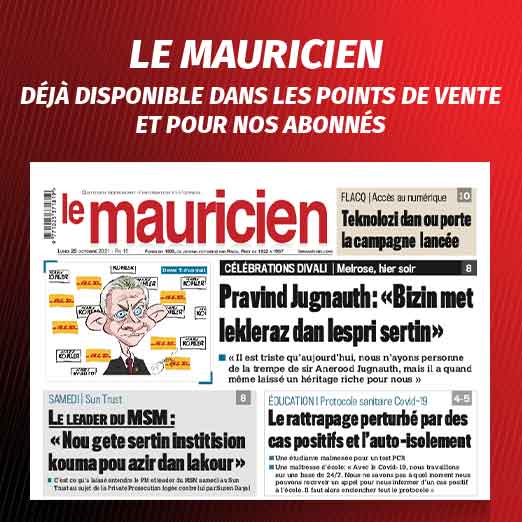