The spotlight on Glasgow will last till 12 November. We are all familiar with the problem it is trying to tackle. Carbon dioxide is the sworn enemy and has to be reined in. The world has been made aware by scientists that unfettered economic growth propelled by excessive abuse of fossil fuel will call the death knell of our civilisation.

An international conference in early 1970s in Mauritius had brought the problem of environment to the fore. There was big talk about the “limits to growth” as proposed by the 1972 Club of Rome report. High school kids here had been introduced the concept of ecological balance and the curse of pollution that was harming the carrying capacity of the world.

Glasgow 2021 was preceded by grand jamborees: that of Rio de Janeiro, Brazil in 1992, another one in Kyoto, Japan, in 1997, yet another one in 2009 in Copenhagen, Denmark, all engaged in preparing a blueprint for the Paris Climate Conference in 2015.  We all learned that there have been 11,000 natural disasters in the last 50 years, 711 in the 1970s and 3,536 between 2000 and 2009, all costing billions of dollars in losses and that 90 per cent of the deaths from natural disasters since 1970 have occurred in developing countries. 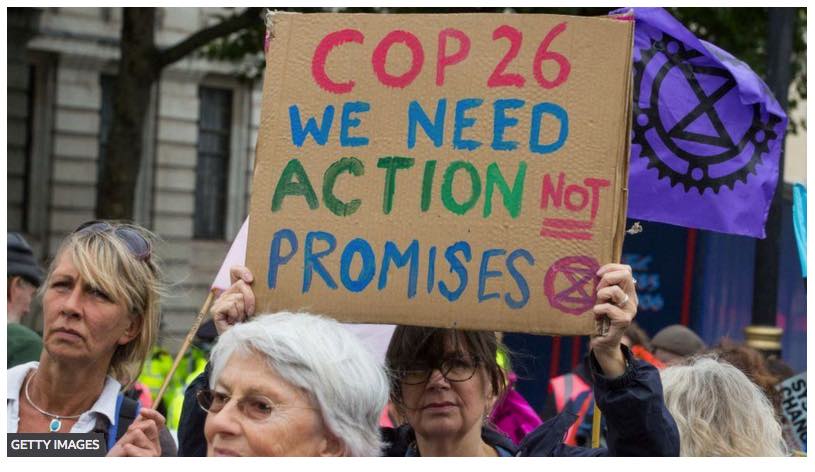 The UN assembled world leaders 26 times and talked them into taking decisions and acting on them to save our existence. We have the know-how to avert the catastrophe. The appeal, alas, has fallen on deaf ears: we are persisting on the suicidal track. Will the massive participation of the civil society like Greenpeace, Extinction Rebellion, Greta Thunberg et al make a difference?  The UN Secretary General believes so.

We have done little or nothing in the past 50 years since the alarm bell rang about our madness. In our own country, will anybody tell what has happened to the grand project enunciated by Joel de Rosnay and the Rs.1 billion budgeted for the dream island? The superpowers are more interested in reviving the arms race. World leaders have set their priorities at staying in power rather than worrying about the environment. Economic greed is the order of the day.

A piece of wisdom from Sheshu Babu sums up our present situation. Animals met one day to ponder on the environmental crisis and to find a solution. The deliberation lasted well into the night until the participants were exhausted and felt hungry. The carnivores pounced on the weak, filled their stomachs and left behind a scene of desolation and voices of accusations of the cruelty of the strong while the scavengers were feasting on the remains and the monkeys dancing on the corpses. Finally, no one had a clue as to why they met.

So, I am afraid that Glasgow will be another PR occasion only. Empty words will change nothing.