[Paul Alexander is an actor and screen writer who has recently finished writing a film script concerning the climate crisis. His concern, along with many others, is that we don’t have long in which to find solutions if we are to survive the cataclysmic changes that are on their way. His good friend the philosopher and poet, Jeewan Ramlugun, a contributor to Le Mauricien, wrote a poem for the film, ‘Glowball Warning’. Paul Alexander is currently engaged in looking for a producer interested in the environment in helping him turn this script into a feature film.]

For unknown aeons I have given

you heat and light,

Being in the goldilocks zone

in the golden mean region

you have been fortunate.

In places you do not get enough

of me; in places rather more;

in others in moderation,

all depending on how close

you come or how distant you are,

while I stay put.

If you do reach the point

of roasting, think it thus:

you have but your most clever beings

on your planet to blame

through their careless, wasteful ways,

for your atmosphere, your environment,

and thus the annihilation they may

bring upon themselves, and

upon the blameless ones.

They may then see me as a Glowball,

come to burn down their dreams

of an endless world

But an infernal fate with certainty

awaits them if they ignore the warning

from a tragedy of their own making.

At the beginning of ‘Tipping Point’, a film script I have just finished writing, animals are seen running away from the sea through a tropical forest. They are running away from an unseen danger. Human beings, blithely unaware of impending disaster are swimming and sunbathing on the beach. The impending disaster is a tsunami far out to sea travelling towards them at five hundred miles an hour. The animals are aware of the tsunami as a tangible reality, the human beings are not. A tangible, scientific reality is that the earth is alive. If this fact strikes you, not as a thought, but as a physical reality your way of life will change.

The earth is full of living organisms, creatures, animals, plants, single celled life forms, worms, beetles, ants, roots, micro-organisms. If you look closely, using a microscope, you encounter a vibrant life structure that gets smaller and smaller until you see that everything is alive. These organisms are interacting with what appears to be their inorganic surroundings. Inorganic tends to be thought of as ‘not alive’, but in fact means ‘without carbon’ or almost always ‘not containing a carbon molecule’. This does not make it dead. Inorganic material is very much alive in its interaction with organisms. In its synergistic system it inter-reacts to produce something greater than the sum of its parts. It helps to perpetuate the conditions for life on earth.

The easiest way of understanding this is to think of a compost heap.

Mix up vegetable matter, dead flowers and scraps of food. Introduce air, water and heat, in the form of grass cuttings. Leave for a few months. Allow more oxygen to breathe life into the mixture and before you know it you have a rich compost. Mix this with soil and you have enriched earth.

We have grown out of this earth. It sustains and nurtures us. It provides almost everything that is beneficent to our well-being and how do we treat it? Too often with disdain and complete ignorance of what it is doing. There is an arrogance in disregarding the earth, as though it doesn’t matter. We take it for granted, like a servant, at our peril.

If we are to survive we need to radically alter our attitude. It is not a master servant relationship; it is a brother sister one. 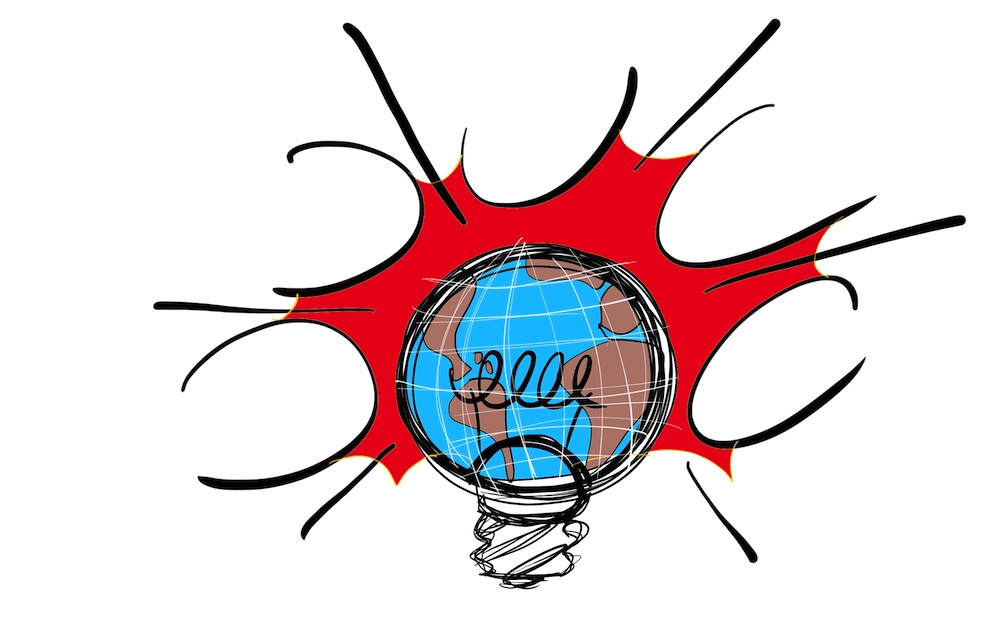 The earth is humble, literally at our feet but we are foolish if we treat it with disdain. Newton’s third law of motion states that, ‘To every action there is an equal and opposite reaction.’ It is often assumed that the reaction takes place immediately and in a sense it does but it can take a long time for that reaction to equalise the action and therein lies our problem. We can’t always see it happening. We can’t see the earth’s temperature going up, but it is. How do we know? We are seeing glaciers melting. We are seeing islands slowly being submerged and this is set to continue until the increased temperature (the action) is balanced out by the decreased ice mass (the reaction). We are consuming and abusing earth’s riches at a totally unsustainable rate. The imbalance that this is causing has to be redressed and is being done so with increased temperatures, water shortages, soil depletion and pollution. The dilemma is that this is a world-wide problem which means that we are all involved in the cause and effect. If we cannot escape it we must do what we can to alleviate it. We can no longer afford to think that it isn’t our problem. We are all in this together. The sooner we understand that the solution lies in collective action the sooner we can pool our talents to create a new paradigm, a new vision.

Blake’s poem ‘Jerusalem’ was written in 1804 in the early days of the industrial revolution which is the kernel of our present climate crisis. Jerusalem became the focus for a new paradigm. A bright new England rising out of the ashes of dark satanic mills. A paradise regained. It then became the focus for a hoped-for new paradigm of England rising from the satanic trenches of the First World War. It is now consistently used as the hope for better times to come when sung at political rallies. It encapsulates the biblical hope of the revelation of a kingdom of heaven on earth with a Christ like figure rising from dark satanic mills and walking on England’s mountains green.

This picture of resurgence is powerful because it provides a romantic vision of a better future provided for by an all-powerful God. But we are living in different times. The 1760 start to the rise of the industrial revolution is now speedily being replaced by the need for its demise but what do we suggest takes its place? A world in which fossil fuels are replaced with green energy. A world in which we move from meat to vegetables, from individualism to collectivism, from a worn out and now dangerous vision of acquisition to one of mutual sharing.

At the end of the film script, ‘Tipping Point’, which is about finding ways to challenge, change and rejuvenate society a rap artist sings,

‘The health of the planet

When it’s far too late

To change the course

A new way of life

At its present speed.

The route to prosperity

Must be crafted with care,

With efficiency and art

The greatest song of hope today

Is the emerging way

With our nearest neighbour’s