A grandeur of personality underpinned by human warmth

It is an honour and privilege to have the opportunity to write and reflect on Her Majesty’s life and reign.

The death of Her Majesty the Queen is a huge shock to the nation and the world and a source of extreme grief. She ascended to the throne just after the second world war, following the death of her father King George the VI. 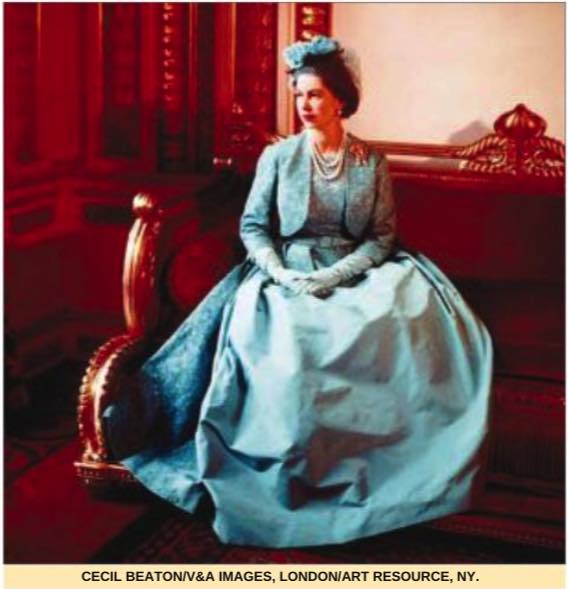 From the early beginnings of her reign, she championed the development of the Commonwealth from a small group of seven countries to a proud family of 56 nations, spanning every continent of the world, including our island of Mauritius.

Her Majesty has been the longest ever serving monarch and as such presided with dignity, humility, and grace, with a sense of constancy and continuity. Her life of service spanned seventy years stretching past most of our living memories.

During her reign she visited more than 100 countries connecting with millions of people across the world, touching them in a special way with pride and respect. Her Majesty leaves a great legacy – her grandeur of personality underpinned by human warmth, humility, sophisticated simplicity and widely appreciated sense of humour.

The Queen had a frugal nature and for a woman, who lived most of her life in palatial homes her enduring thriftiness only made her more endearing. To a certain extent, insiders say, her insistence on saving and reusing items was in part a need for order and tidiness – a family trait. To give an example of this quality, it was reported that every year as a little girl the young Princess Elizabeth was diligent and practical in collecting the used wrapping paper and ribbons used to adorn family presents to be saved and used again. Traits that would prove useful during the wartime period of rationing. She was also very disciplined and wrote thank you notes for her gifts ensuring that no family member or friends were forgotten.

When the end of the Second World War was declared on May 8th 1945 the people of England took to the streets to celebrate. The Queen and her sister Princess Margaret were given permission by their parents to join the celebrations, partying incognito on the streets of London joining the huge crowds, the Queen recalled this as one of the most memorable moments of her life.

The Queen loved her afternoon tea, prepared by her Chef Darren McCready, which included two types of sandwiches, scones either fruit or plain, she enjoyed ‘chocolate biscuit cake, which was one of her favourites’. Her chef revealed that her tea had to be served ‘hot’ made with ‘boiling water poured over leaves and left to steep for five minutes’ and of course made in a teapot. The Queen would also pick berries in her gardens and bring them back to the kitchen to make jams and jellies, which she enjoyed in her afternoon sandwich.

Queen Elizabeth had some habits that are not commonly known:

• When travelling she was accompanied by her medical practitioner, who had to know the location of all hospitals in the areas of travel. An extensive medical kit would be carried including emergency medicines, a defibrillator – to restart the heart and bags of compatible blood should it be required.

• She would prohibit the opening of windows on the front façade of Buckingham Palace, ensuring that the palace looked perfect from the front, they could only be opened at a certain time.

•  The Queen disliked ice cubes – particularly the sound of them in a glass. At the same time she found the sound of ice balls more musical, using them to cool drinks. It is said that Prince Philip invented a ‘special machine’ that made the spherical ice she liked.

•  The Queen always carried a handbag but unlike most people she would not carry a purse with money or cards but a hook that attaches under a table, on which she could hang her handbag. Once her handbag was removed from its hook and placed on the floor this would signal to her staff that she wants to leave.

• The Queen did not like beards or bow ties, this is the reason the men in her close circle are all clean shaven, the only exception has been her grandson, Prince Harry. She was not fond of waistcoats and bow ties either unless they were the hand tied type.

• All of the Queen’s outfits were numbered, and records kept in a journal of when and where she wore the outfits to avoid wearing the same outfit or colour to the same venue or event. She preferred to wear bright coloured outfits so that she stands out in the crowd, so people could easily identify her as they want to be able to catch sight of her.

• Reportedly the Queen would never eat potatoes and soups, whilst these dishes were often served at the Palaces, when dining alone soup was never on the menu and she preferred to avoid starch in her diet. She enjoyed raspberries and blackberries but would avoid eating them in public as seeds could stick in the teeth, for this reason they would not be served at official receptions. Seeds would be removed from tomatoes and cucumbers before serving.

• The Queen’s lady in waiting, who has the same shoe size, would ‘break in’ new shoes for her, so she did not have to bear the discomfort new shoes can sometimes bring.

• The Queen celebrated her birthday twice a year, her actual birthday being April 21st, her ‘public’ birthday was celebrated by the country on June 11th. Monarchs with birthdays in the colder months generally schedule an ‘official’ birthday in the warmer months when the weather is more conducive to a parade.

This article has deliberately focused on Her Majesty the Queen as a person, there is a wealth of literature about her life as a monarch. I am humbled to have the opportunity to reflect on her past. In 2019 I was privileged to be a guest at Buckingham Palace for the garden party having been awarded a British Empire Medal. I feel honoured to be a Mauritian and to have received this award from Her Majesty.

Sources : a variety of collections over the years from facebook clips and news on the TV and Royal publications