It looked like freedom of the press had a long way to go before it got globally recognized as a key element in the democratic process. Even in the 1800s, ventilating political opinions or airing grievances in a country like England, where the Industrial Revolution was taking place, was a risky business. The English journalist William Cobbett paid dearly for his denunciation in his paper “The Political Register” of the practice of flogging military men. He was sentenced to two years imprisonment in 1810.

In British Mauritius, freedom of the press was obtained as early as 1832, (Ordinance No 2 of 29 February 1832), when Adrien d’Epinay, the influential leader of the White community and founder of the newspaper Le Cernéen, had a fruitful meeting with Lord Goderich, the Secretary of state for the Colonies, in the course of his mission (1830) to London to discuss Constitutional changes for Mauritius. Before that, all publications required the Colonial secretary’s prior approval.

But the days would not be far off when the first salvo against the local press would be fired. And the firing was done by none other than the Governor of Mauritius, Sir William Nicolay (1833-1840). Most probably exasperated with what was described as the incessant “strong language” deployed by the weekly paper La Balance, Nicolay adopted a tough posture by issuing an Order on 27 October 1835 pronouncing the banishment from Mauritius of the paper’s Editor, Jerôme Berquin.

The removal of Berquin, a French national, came like a bolt from the blue, if readers’ reactions published in the last issue of La Balance were something to go by. Without elaborating much about the reasons that prompted the expulsion of the journalist, William Nicolay wrote that such a decision was “deemed essential to the permanent tranquility of the island”.

The banishment entailed the closing down of the weekly paper on 31 October 1835. Launched in 1834 as “organe de la population de couleur”, La Balance exposed the yawning chasm that had set in, while expressing concerns over the demands of the Coloured community for an upgrading of its status. That was almost a decade before Remy Ollier’s La Sentinelle de Maurice (1843) embarked on a similar mission.

The Coloured community arguably had reasons to fight back for an equality of rights that were sucked up in 1803 by the Code Crépin, a supplement to the Code Napoléon, which unleashed a system of racial segregation that was akin to the one witnessed till recently in South Africa. “Toute la population de couleur”, wrote the historian Evenor Hitié, “alla se coucher libre et se réveilla le lendemain esclave….”

Although during the British Colonial regime an Order in Council in 1829 restored to the Coloured the status of a “free” population that gave them practically the same rights as the Franco-Mauritians, the ostracism they were experiencing was kept alive for a considerable period of time.

It was the cause of the Coloured that La Balance set out to champion. But was the decision to expel Berquin warranted? Anyway, Governor Nicolay was a military man, having been Lieutenant-General in the British Army and having fought at the Battle of Waterloo. It was believed that he succumbed to pulls and pressures emanating from certain quarters to clip the rise of La Balance in front of which stood two robust Franco-Mauritian publications, Le Cernéen (1832) and Le Mauricien (1833).

On the other hand, Berquin, too, was a hard nut to crack. He sailed to England to expose the abusive treatment meted out to him in Mauritius. In a petition filed to the Secretary of state for the Colonies, Lord Glenelg, Berquin wrote, “it is justice and not gratitude that I am demanding”.

Rather than supporting the Governor’s decision, Lord Glenelg gave Nicolay a rap on the knuckles. In a despatch dated 18 March 1837 to Nicolay, he expressed his disenchantment: “I have to dissent from your policy and judgment in the proceedings in the case of M. Berquin”. 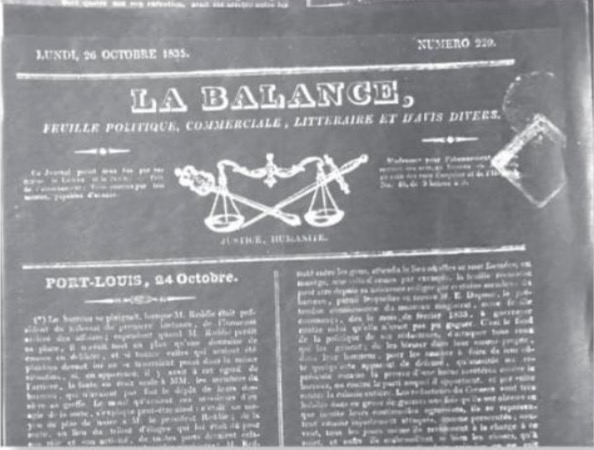 Where it concerned the “strong language” evoked by the Governor as the ground on which rested his banishment decision, the Secretary of state retorted in categorical terms: “the language which involved Mr Berquin’s banishment was trifling and insignificant”.

Another despatch dated 10 May 1837 from the Colonial Office informed Governor Nicolay that the ban on the Editor of La Balance was removed and he was allowed back to Mauritius.

Furthermore, Lord Glenelg considered Berquin deserved every bit of compensation for the abuses he endured. He instructed the Governor to reimburse the full amount for the travels and lodging expenses incurred by Berquin. The Governor was also advised that the Legislative Council was the most appropriate body to decide on the quantum to be paid.

On 18 December 1837, the Council voted the following compensations in favour of Berquin: £80 for his trip to England, £80 for his return to Mauritius, and £1 per day for his stay in London from 28 September 1836 to 28 November 1837. By which time, his residence permit for Mauritius was given back to him and on happy ending note, he married a Mauritian-born lady. 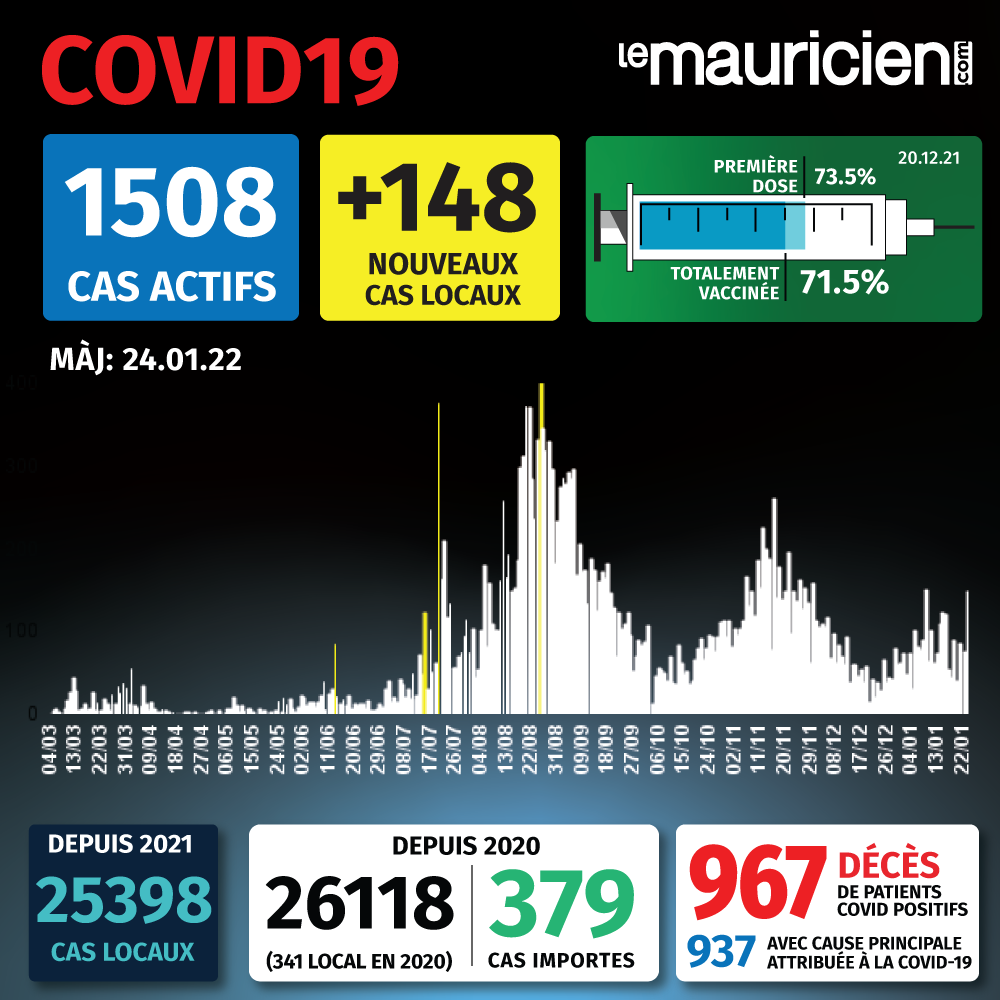