Dr. “Babasaheb” Bhim Rao Ambedkar (1891-1956) was an eminent Indian polymath – a prominent jurist, economist and Dalit leader. He was also a politician and India’s first Minister of Law and Justice in the first cabinet of Pt. Jawaharlall Nehru. As such, he headed the Committee that drafted the new Constitution of Independent India in 1947.

Dr. Ambedkar, who was born in a Dalit home to Dalit parents in India, would rise up to shake up the whole hated caste system by virtue of his exceptional intellectual abilities and talents. He wanted the members of the higher castes in India’s society to give to the Dalits their dignity as humans in the greater society. Indeed, Dr. Ambedkar would become a beacon, a crusader for ‘the rights of the downtrodden. 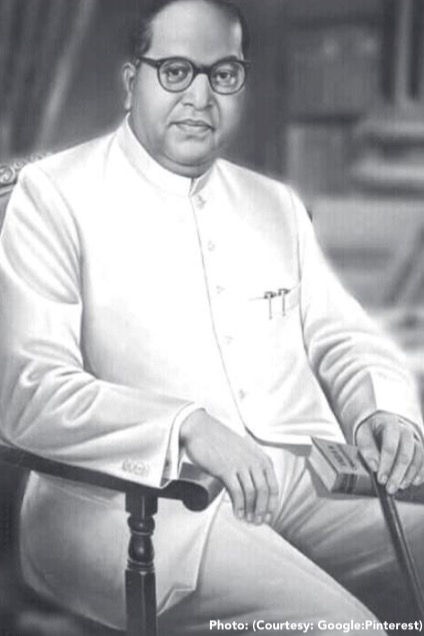 According to the Hindu “caste system,” society is divided in four divisions of labour, namely: (i) the Brahmins that generally comprise the Vedic scholars, priests and teachers; (ii) the Kshatriyas consist of the rulers, warriors and administrators; (iii) the Vaishyas grouping the farmers, merchants and traders, and (iv) the Sudras or the lowest class — the ‘Untouchables’ or Dalits, as they are called — include the labourers, service providers and servants.

At first glance, the caste system socially looked all right but over the years, the system, as applied in society, came to be unscrupulously abused by ‘vested interest groups’ to their own advantage so as to continue to enjoy their privileges. Once, you were born in a caste, you are in it for life despite whatever fame or glory you may acquire through your hard work and intellectual prowess. In other words, your caste follows you and your family throughout  your generations.

Dr. Ambedkar’s case is one classic example of one who, despite being born in a Dalit family, and despite the fact that he rose, thanks to his fabulously gifted intellectual talents and hard work, to be one of the top intellectuals of his generation, yet, to the general Indian public, he remained a Dalit and, as such, suffered the prejudices, humiliation and taunts reserved to those of his caste. No wonder fighting the bane of ‘untouchability’ and injustices became the prime motive of his adult life.

Dr. Bhim Rao Ambedkar would thus rise from his humble Dalit origins, to earn unprecedented educational degrees from the Universities of Bombay, Columbia (US) and London School of Economics and even earned two PhDs as well as a law degree from Gray’s Inn of London. Later, as a political activist, he would become a member of India’s Constituent Assembly and, as such, he would be picked by Prime Minister, Pt. Jawaharlall Nehru, to be the first Minister of Law and Justice of independent India.

Dr. Ambedkar was an icon for human rights like no other. Yet, he suffered terrible humiliations — through no fault of his — because of the unfortunate circumstance of his birth. As a child or even as an adult, he would suffer humiliations, insults and taunts by detractors from the upper caste members because they knew he was from the low caste. So much so, it did not take him long to realize what ‘dignity’ and ‘self–respect’ meant. However, with his strong and undaunted character, he was never one to give in because of his low birth status. If he was Dalit, it was through no ‘fault’ of his. He would take the insults and humiliations in stride and ever stand his ground and forcibly pursue his fight for justice, freedom and equal privileges for the downtrodden. So much so, he, who, as a child, could not ‘enter’ a classroom because of his caste, would be called “to write the Constitution of his homeland, India.”

Being born a Hindu, Dr. Ambedkar had learned and experienced some shackles personally the hard way. Years later, he would write:

“I like the religion that teaches liberty, equality and fraternity.”

He, understandably, became a champion of freedom, of equal opportunities and free education for all. Education, he strongly advocated, was the gateway to progress in life and the way out of poverty and humiliation. Indeed, these will become the guiding light of his philosophy and the driving force behind his intellectual and professional striving.

Dr. Bhim Rao Ramji Ambedkar was born in April 14, 1891, and he died in December 16, 1956, in Delhi. By the time of his demise, he had left Hinduism, the religion of his birth and converted to Buddhism. It is said that on the day, he chose to embrace Buddhism, a whole retinue of his followers – some say thousands of fellow Dalits — imitated his example and also converted to the religion preached by Gautama — the Buddha.

Also, it is interesting to mention here that Dr. Ambedkar, after returning to India after completing his studies in London, England, went to the State of Baroda, which had awarded him the fellowship for higher studies in U.K., to take his first job. However, he could not find accommodation in a hotel in Baroda because of his caste. He therefore tried to get a room in a Parsi hotel but he was denied a room because he was no Parsi. However, he somehow talked the Hotel Manager into accepting him under a Parsi name. He did get a room but it would not be long before the subterfuge would be discovered and a group of Parsi, armed with sticks and placards demonstrated bo l, demanding his immediate removal. Dr. Ambedkar had no choice but to vacate the hotel and return to Bombay and find another work.

It is also interesting to add that when Ambedkar began his first job as a new senior officer, the peon (office attendant), would not hand him files in his hand but would throw them on his desk. And when he felt thirsty and asked for a glass of water, the peon would tell him there was no water. However, when he would go to drink from the pot, the upper caste workers found that uncomfortable and insulted him and would not permit him to drink from the pot because if he did, he would ‘pollute the water’. So, he was told to bring his own water.

Dr. Ambedkar on his return to Bombay got a job as Professor of “political economy” at Sydenham College of Commerce and Economics. Sure, it was a known fact by then that he was a Dalit and, understandably, on his very first day on the job, he was made fun of as ‘an untouchable’. But despite the taunts, Dr. Ambedkar’s career would begin to take shape. He would make acquaintances that would open new social and political horizons for him. He would begin a newspaper called “Mook-Nayak” in 1920 and, around the same time, began to take part in public Lectures and Conferences.  It was in Mangaon, Kolhapur, that he met the Maharaja of Kolhapur, who was so impressed with Dr. Ambedkar’s personality and talent that he made a statement that would later prove to be true about him.

Speaking of Dr. Ambedkar’s campaign for the underprivileged, he said, in reference to the rights of the struggling Indian masses: “You have found your saviour in (Dr.) Ambedkar and I am confident that he will break your shackles.”

Dr. Ambedkar’s intellectuality would lead him to teach Economics as a university Professor and practice as a lawyer, and rise as a leader and political activist. As such, he would become a leading player in the campaign and negotiations for the freedom of India from the British. He played a meaningful role, along with such stalwarts like Mahatma Gandhi, Mohammad Ali Jinnah, Pt. Jawaharlall Nehru and others for the Independence of India and would contribute significantly with his ideas and articles in journals and magazines. He was ever the champion of the underprivileged.

Dr Babasaheb Bhim Rao Ambedkar may have been born in a Dalit’s home but his life story is one shining example of success based on dedication and perseverance. We are not what we are because of our birth but we become who we are by our deeds, thus inspiring others to fight injustices and always strive to get ahead in life. Our greatness lies not in what we inherit but in whatever we achieve through our own ceaseless effort. In that line, Dr. Ambedkar’s life story is one heck of an example for anyone to emulate!

Today, in India, Dr. Ambedkar’s name is honoured and venerated as a few other fellow Indians. He is definitely reckoned as a mahapurush (great soul) and revered and adulated. There are life-size statues of him all over the country and dozens of cultural and social institutions named after him while his birthday — Ambedkar Jayanti — on April 16th —  is now a national holiday and, for his role in the drafting of the new Constitution of India in 1947, he is celebrated at public events every year on CONSTITUTION DAY on November 26.

These are no small feats for one who, because of his birth status, was, early in his life, derided and shunned like an ‘outcast.’ However, nowadays, Dr. Ambedkar is revered and venerated by his admirers like a ‘god.’  His fellow Dalits profess with pride and glee, their admiration for this great man who gave them dignity and respect. They affirm their gratitude for what he did for them as a social group in Indian society with this unambiguous tribute:  “We are … because he was!”

Dr. Bhim Rao Ramji Ambedkar! Here was a man!  Aren’t we tempted to join the bard of Avon and shout out loud: “When comes such another!”