Never ever had the Legislative Council in Mauritius witnessed such a verbal clash between a parliamentarian and a Governor as the one which occurred on 23 November 1948.

The motion of the fourth member for Port Louis, Samuel Benjamin Emile, requiring the Council’s approval for an inquiry to be held in a case of bribery and shady “dealings” involving the Head of the Supplies Control Department, Mr T.Williams, triggered the sparks. Before the motion was moved for adoption, the first member for Grand Port-Savanne, Sookdeo Bissoondoyal, stood up to move for a postponement of Emile’s motion when the Governor, Sir Donald Mackenzie-Kennedy who was the Chairperson stopped him and told Emile that it was in order for him to proceed with his motion.

Emile’s motion was actuated by rumours of Mr Williams being linked with two cases of bribery. An ex-convict collected money, it was reported, on his behalf to cancel contraventions served on a bakery owner of Phoenix and shop owner of Mahébourg. Emile wanted more light to be thrown in that matter.

But additionally, the motion mentioned the deep malaise that was eroding public confidence in the Supplies Control department headed by Mr Williams, an electrician formerly attached to the Railways and having “no experience in commerce”. Mr Williams was catapulted to the top job when that department was set up during wartime.

Through that motion, more details were filtered out about Mr Williams’ “dealings” since some months back, on account of which public confidence had eroded and that there “exists a feeling of growing dissatisfaction regarding the administration of the Supplies Control Department”.

After Emile had read out his speech; concluding with the remarks that a tribunal be appointed to probe into maladministration of the Supplies Control department and, in particular, the scandals surrounding Mr Williams and before a vote could be taken, Bissoondoyal and the nominated member, A.L Nairac rose on their feet together requesting to address the House.

It was Nairac who seemed to be the lucky guy, the first to have attracted the attention of Sir Donald. Nairac “caught my eyes first”, said the Governor, denying Bissoondoyal the “chance” to speak for the fourth time. 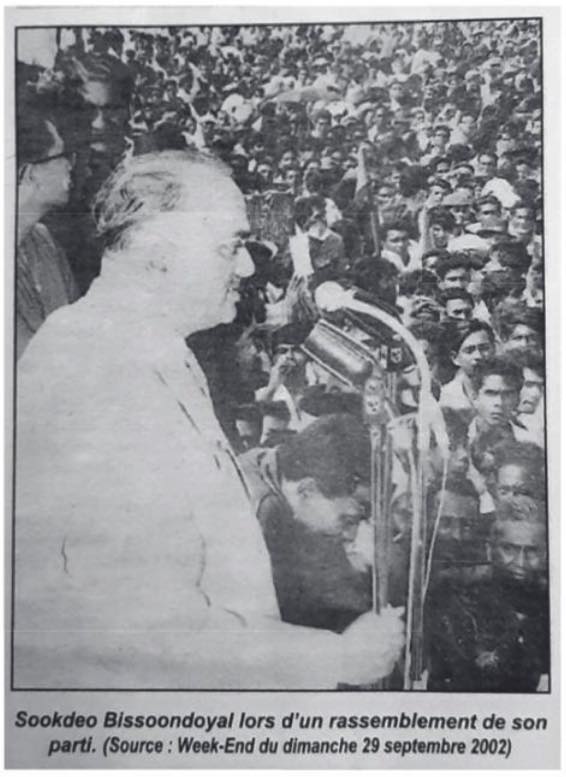 There followed a flaming altercation between him and the Governor.

Bissoondoyal : “I have been standing many a time since this morning and each time, I see someone standing before me. This is being used to bridle public opinion…”

Governor : “Will the Hon. member be good enough to sit down…”

Bissoondoyal : “I have not spoken and I strongly object to…”

Governor : “I invite the attention of the Council to the Hon.member’s behaviour towards the Chair…”

Bissoondoyal : “Since this morning, I said that I had a motion to move about the postponement of this motion. Each time I stand, I see someone stand before me. I object to it very strongly….”

Governor : “Does the Hon.member understand to whom he is addressing himself…”

Bissoondoyal: “You also should understand that we are representatives of the people…”

At that very moment, there was some applause in the public gallery.

Governor : “One more demonstration from that end and the gallery will be cleared. I invite the attention of the Council again to the Hon. member’s behaviour…”

Bissoondoyal collected his papers from his desk and was walking out of the chamber muttering, “I shall answer this by a public meeting” when applause and shouts of “Vive Bissoondoyal” were heard anew.

The Governor ordered the public gallery to be cleared at once.

For having “shouted at the Chair” as Sir Donald was to put it, Bissoondoyal was named and suspended on a motion moved by the nominee Dr Edgar Laurent and seconded by Nairac.

But at the Council meeting of 7 December, Jules Koenig seconded by Guy Forget proposed that the suspension be lifted. That move gave rise to a heated discussion between Koenig himself and Renganaden Seeneevassen on the interpretation of the Standing Order relating to the reinstatement of a suspended member.

Seeneevassen said that Bissoondoyal took himself to be a lion and treated other members of the Council as “dogs”. “This is no place for lions to roar”, said Seeneevassen who continued “as long as the House is not going to have dignity and the Chair not going to be respected by members and as long as members are not going to stand by the rules of this House, this will be a pandemonium and no bastion of democracy”.

“I brush aside with my foot”, Seeneevassen fumed, “any invective, any insult, any libelous expression the member for Grand Port-Savanne might use in future against me”.

Koenig found it “unfair” for Seeneevassen “to insult Bissoondoyal in the manner he did. “This is absolutely against the principle of natural, if not, British justice”, retorted Koenig.

The first member for Port Louis and leader of the Labour party, Guy Rozemont, who did not attend the Council meeting of 23 November was back. He said he was disturbed by the suspension of “my friend Bissoondoyal”.

Rozemont proposed an amendment to Koenig’s motion to the effect that the suspension be removed “forthwith”. Raymond Rault seconded the motion saying that on 23 November, he noted “there were certain things which I found extremely disquieting”. According to him, “the whole business of suspension was carried out in a matter of a few seconds. I am absolutely certain that many members of this House did not realize the full purpose of it”.

Dr Ramgoolam in opposing the removal of suspension said that “the time has come to put a stop to such a nuisance”. The “disorderly conduct” of Bissoondoyal, according to him, meant that “fascism” was making its way to Mauritius and he prayed – “May God guard us against fascism” and concluded that “those people who elected Bissoondoyal should now be suffering…”

At a public meeting, Bissoondoyal stated that he wanted to move for a postponement of Emile’s motion so that Rozemont could participate in the debate. He said the leader of the Labour party had in his armoury “unchallenged evidences” to shame the Head of Supplies Control department. Bissoondoyal confessed that he himself was one of the instigators of the motion tabled by Emile. But Governor Mackenzie-Kennedy knowing where Bissoondoyal was coming to, frustrated his design and shielded Mr Williams from the barrage of vitriols that Rozemont had in store.

That was why the Governor insisted with Emile, on 23 November, that since « the motion is on the Order Paper, if it is not taken today, it will lapse”. 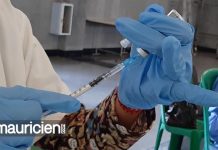