I came to know Retnon when he became an elected Official of the ‘Government Servants’ Association’ (GSA) in 1972, having stood for the post of Vice-President, where I was already serving as an elected Office Bearer. We remained comrade-in-arms for more than a decade, a span of time marked by the toughest battles Civil Service Unions ever waged until I left the Trade Union Movement in the mid-1980s. But still we maintained contact now and then, often to share a drink at the then ‘Café de France’ in Rose Hill.

In 1974, taking advantage of the necessity to review the Rules and Regulations to conform with the new Industrial Relations Act (IRA), the structure of the Association underwent a major overhaul, among other things the enlargement of the Managing Committee. Retnon was promoted to the newly-created post of ‘Organising Secretary’ that had become necessary to cope with the expansion in membership since Independence. He discharged his new responsibilities with rigour and discipline to ensure that the more than 100 branches that formed the skeleton of the Association were always constituted and operating in accordance with the provisions of the new legislation and its own Rules and Regulations. In that new capacity, Retnon will be remembered for his knack to unravel knotty issues.

In 1987, when our contacts had become more spaced, Retnon retired from the Civil Service to successfully stand as a candidate in Constituency No. 8 for the General Elections under the banner of the MSM. He was re-elected in 1991. Just after the 1987 elections, Retnon became one of the 10 PPSs appointed by the Prime Minister, to oversee the activities of the newly-created ‘National Development Unit’ to take over from the Rural Development Unit, but with a beefed-up mission statement. 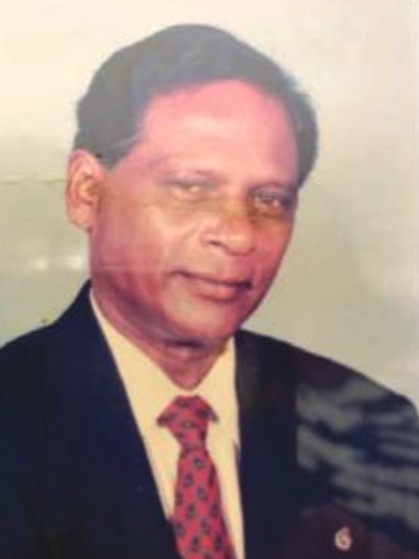 Immediately after being appointed PPS, Retnon contacted me to become the Officer in Charge of one of the first Citizens Advice Bureau (CAB), that new arrangement to become part of the backbone of that new Unit. I immediately turned down the offer, which did not surprise him overmuch; inasmuch as he was perfectly aware of my unflinching neutrality in political matters, and I being under the impression ‘that NDU’ had some connection with the MSM. He did not give up, and I finally agreed to his demand when I understood the NDU was to operate as a wing of the Prime Minister’s Office.  And thus I became the first-ever Citizens Advice Bureau Organiser, known under the unflattering name of CABO, but with challenging prospects.

After the running-in period that lasted a few weeks, the NDU attained its cruising speed and it quickly became a household word – ‘al get biro CAB’  became a usual advice when someone encountered a difficulty, especially in the rural regions. For the first time, the common man started to feel he was really being cared for, not only on account of the new  amenities and other facilities put at his disposal, but the unprecedented possibility to benefit from advice, clarification and advocacy. The CAB became the only office of the entire Civil Service where anyone could walk in to solicit advice and assistance on a large range of difficulties the common people usually  encounter. Operating as a wing of the PMO, the CABx had ‘status’ to intervene successfully with other service providers – Social Security, CWA, CEB, Municipalities, District Councils etc, not to forget the personal intervention of the PPS. Retnon was very good at that whenever solicited by one of his constituents who had a difficult case, or where the efforts of the CAB Organiser had failed.

As things evolved, I never regretted, notwithstanding my initial reticence, to have accepted Retnon’s offer and the 7 years I spent as a CAB Organiser when Retnon was the PPS were my best souvenirs as a Civil Servant, though I served in four other ministries in different capacities prior to that.

On assuming my new responsibilities, I must confess I felt a lingering embarrassment, given now Retnon was no longer the ‘colleague‘, but the ‘Boss’! Fortunately, Retnon never lorded over me and that was a formidable encouragement to give the best I could to ensure he was a successful and respected PPS. And he was. Long after he had retired from politics, he often reminded me of my valuable support and his gratitude.

In July 2019, Retnon left Mauritius with his wife to live permanently in Canada where two of his daughters had emigrated. When months later he came back, I was not the least surprised. You cannot pack up 87 years of your life in a suitcase and leave just like that, however laudable the initiative of his daughters was. Fate had it that Retnon would die in his native land! When I met him for the last time earlier this year, I could easily perceive he was nearing the ‘end of the road’.

Some wonderful souvenirs we shared cannot be erased.

Rest in peace, Old Pal. You are gone, but not forgotten!

To his widow and three daughters, I extend my most sincere condolences.