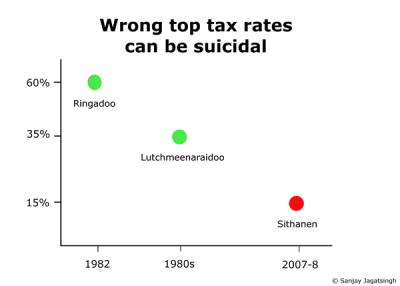 Probably not lower than 25%. See tax rates were as high as 60% when Uncle Nadess was Minister of Finance because we were just emerging from under colonial rule and the country had to be built. From the ground up. And pressing problems solved while diversifying a basket case economy. Treading intelligently, Vishnu was then able to lower taxes by almost 50% because the Labour Party had made the economy a lot more resilient and international conditions were a lot better. 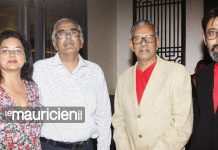 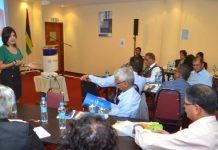 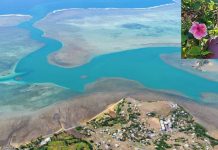