2018 Nobel Peace Prize goes to Denis Mukwege and Nadia Murad.  The former has been, since years now, repairing mass rape victims’ internal injuries and giving them new hopes.  He has witnessed human suffering from close quarters.  The latter, a Yazidi woman in Iraq, was abducted and submitted to atrocities as well as repeated sexual abuse.  She escaped to become a human rights campaigner.  As a survivor, she knows what it means to be treated with disdain and indifference.

Sexual violence against women is just one of the horrific aspects of war.  War leaves children homeless, people are forced to flee, villages are looted and set to fire, legs and arms are maimed by landmines.  We learn from Wikipedia that women captured by the Islamic State militants are sold into the slave market.  Women are physically inspected to see if they are virgins or not, or if they are pregnant.  In case they are, they’re forced to abort.  Young girls are married off to fighters and once these fighters have had sex with them, these women are passed on to other colleagues.

This is just to say that women considered as enemies bear no importance at all in the eyes of the rebels and men can do whatever they want to them.  Women may be made to work hard or to perform difficult tasks.  They may die from diseases or abandoned with their child or children in inhospitable areas.  They may also lack basic necessities for survival apart from being deprived of all educational possibilities.  They may be denied freedom of movement.

It’s cruelty at its worst.  It is therefore hoped that sexual violence as a weapon of armed conflict will now attract the attention of the world community.  Some women happen to escape persecution but hundreds and hundreds of others are left helpless.  They are compelled to face the most humiliating of situations.  The world needs to take notice.  And do the necessary.  We hope to see sustained efforts to give peace a chance.  Women captives sometimes commit suicide.  Many others find themselves in the net of the slave trade.  The Prize raises an interesting point: on the one hand, we internationally celebrate with pomp every year the remarkable progress made by women in various fields, and on the other, we do nothing much for the countless women who are treated as mere sexual toys.  Human trafficking, modern-day slavery, women trapped in organised crime networks, women massively lured into prostitution with false promises, women stoned in public, child marriage… exploitation of women remains a lucrative business today.

In order for women in war-torn areas to enjoy a decent life, it’s necessary to address the issue of war itself.  War makes people irrational; it veils vision and judgement and thus the perpetrators don’t see the difference between women and cattle.  We know the treatment meted out to Rohingya women.  We also know the fate of girls and women at the hands of Boko Haram.  Those at war fail to see that minorities have their rights too.  They don’t discern the human beings behind the victims.  The numerous victims of sexual violence need the world to focus on their plight because their own governments have failed them.  World leaders have a lot to do to see to it that justice is done to minorities.

Men have been getting away with their abuses based on the wrong assumption that they possess power and women have to be subservient.  Wrong perceptions and prejudices derived to a large extent from a patriarchal system, an increasing erosion of spiritual values, and clever brainwashing, are often the basic causes of inadmissible oppression against women. 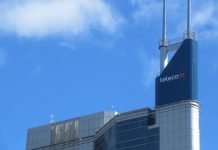 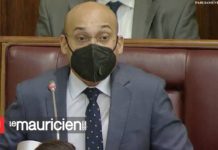