The death of a child, of any age, brings heartbreak and devastation. There is no greater pain than to bury a child. We are parents who have lost a piece of our heart. No one else can understand what we are going through.

The loss of a child is probably the most painful experience a parent can go through.

The grief is intense, and the pain and emptiness are overwhelming. It is also one of the most difficult trials to accept, but patience in the face of this calamity also has rewards like no other.

We often expect that the young will bury their old, that children will have to face the difficulty of saying good-bye to their parents, but no one really expects to bury their child, the baby that the mother protected, nourished and carried in her own belly for months, the baby that the parents had dreams for from the time it was only the size of a sesame seed. No matter how big your baby gets, he/she will always be your baby.

No one ever imagines holding their lifeless baby, saying good-bye to him/her, burying him/her and having to walk away. But that is a reality for some parents.

Almighty always strengthened the heart of the parent who had lost their child. Almighty reminded them of His promise to return him to them.

And the only thing that comforts that good-bye for us is the hope of being reunited with them in the hereafter.

That is one of the promises of Almighty for parents who lose their children in this world. Children who die before puberty go straight to paradise and wait to bring their parents there. The prerequisite often mentioned in the collection of traditions containing sayings of the prophet Muhammad (PBUH) for this reward is patience and anticipating the reward from Almighty.

The children will take their parents to paradise. It was narrated that Abu Hassaan(R.A) said: I said to Abu Hurayrah:
Two of my sons have died. Can you narrate to me any hadith from the Messenger of Allah (blessings and peace of Allah be upon him) which will console us for our loss?

He said: Yes: “Their little ones are the little ones (da’aamees) of Paradise. When one of them meets his father – or his parents – he takes hold of his garment – or his hand – as I am taking told of the hem of your garment, and he does not let go until Allah admits him and his father to Paradise.” [Narrated by Muslim, 2635].

May Almighty give us the strength to get through one of the biggest tests of this world – that of losing a child.

May Almighty strengthen our hearts like he strengthened the heart of the mother of Musa (pbuh). May He give us a trust in Him and His promise that makes all the trials of the world easy for us. May He reunite us with our children in the sweetest of reunions and the best of places. And may He give us the patience, the steadfastness and the good life that would allow us to live with them in Bait-ul-Hamd in the highest levels of Paradise for eternity. Ameen. 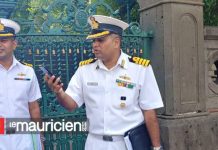 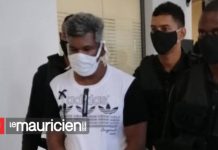 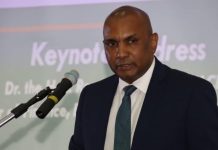