The Bill was voted in the early hours of 18/4/2019 with a certificate of urgency merely a weekend after its circulation. It gives wide discretion to the PM to revoke a residence permit or to deny entry of foreign spouses to Mauritius for reasons that should be objectively evaluated. But will that be so? The provisions of the law are such that anyone can be declared a prohibited immigrant. Does the case of Patrick Hofman, ex pilot of Air Mauritius, ring a bell? It would be interesting to see what the outcome would be when and if a person aggrieved by the decision of the monarchical prime minister complains to the Human Rights Committee about this piece of legislation on grounds of discrimination as Ms. Shirin Aumeeruddy-Cziffra and 19 other women did in a communication to the Human Rights Committee in 1978.

The essence of the Bill revolves around a residence permit and it is intricately linked to work permit. Arbitrariness should not permeate decisions taken as we are not being swamped by a horde of foreigners. There are no displaced people coming from war torn countries.
Is there any rationale then to confer unfettered powers upon the Minister responsible for immigration?

I will refer to two examples to show inconsistent decision-making and misuse of discretion by the PMO.

a) One Swiss citizen with a history of drug importation in Europe was allowed to overstay twice. He could not go ahead with his application for occupation permit due to his criminal history. But PMO allowed him to enter as a tourist regardless of his criminal record. Was that so because tourism should prevail over a judicious use of discretion?

b) A lady from overseas teaches long distance English via a company registered as a local company. Her company is neither registered with MQA or Tech. A local director on her pay roll was earning 100,000 rupees monthly. She was refused an occupation permit on the basis that she was not duly registered. Her appeal was turned down. However, the same application was granted when a fresh one was made.
Is this certainty, reliability and predictability? This is a far cry from Ease of doing Business.
Under the provisions of the Bill the Minister can do as he so wishes. After all, ‘government is government and government decides’…

No decent PM would use a sledgehammer to kill a mosquito.

I concede that there are a few cases of undesirable inhabitants or visitors who have overstayed and have contravened the law. There are legal and judicial provisions to deal with illegal migrants. There are indeed those who are deemed to be prohibited immigrants because of sham marriages. Only 11 sham marriages were recorded in 2017.
Most probably one of the main justifications for the new law is to deal with sham marriages. This may impact our demographic status. Government has introduced legislation to stop sham or fake marriage through the backdoor of the Immigration Amendment Bill.

The Civil Status Act should be amended if the veil of fake marriage is to be pierced. Any foreigner irrespective of ethnic or religious belonging should, in a secular state, marry according to the provisions of Civil status act. Additional powers of investigation should be given to officers of Civil Status to verify and certify the genuineness of any marriage to a non-citizen. It would avoid prejudice to honest families.
Even after a couple is married, the parties have to live under the same conjugal roof for 4 years and then become eligible for citizenship. However, strict criteria have to be followed and each case should be decided on its merits.

Let us call a spade a spade. Instead of dealing with the issue of fake marriages in a rational manner, the government has gone about the issue in a controversial manner in the new regulations regarding the employment of foreign spouses. Those who were in employment before 8th March 2019 will not need a work permit. Those who are employed after 8th March 2019 will have a grace period to obtain a work permit. Why that distinction? Will a permit easily be obtained? Or would the applicants have to dance to the tune of the piper. There will be no shortage of pipers in the PMO.

With the new regulations, the rights of foreign spouses of Mauritian citizens have been curtailed. Family life which is protected by the International Covenant on Civil and Political Rights will be in shambles. According to statistics there are forty-two thousand foreigners working and living in Mauritius notwithstanding the 5,000 foreign spouses of Mauritian citizens.

The Regime, I would reiterate, is sending wrong signals to Investors, Expatriates and the Mauritian Diaspora. The provisions of the Bill may be used to provoke the abrupt departure from or against the entry of any person for frivolous reasons into the territory of Mauritius. How many migrant workers at the end of their contract have become spouses of Mauritian citizens?

This Bill has been introduced a few months prior to the dissolution of parliament because it is also part of an Electoral package of the Majority-Minority Syndrome… I don’t want to rub it in, but we all know that the Regime is as fake as the marriage of convenience it is attempting to address. If the concern of Government is the accentuation of change in our demographic pattern why can’t it recruit workforce from Nepal to work in our textile and Garments factories, bakeries, tuna processing plants? But we all know that Nepalese or Indians are better off in their countries. Besides, the textile and manufacturing sector is a mainstay of Bangladeshi economy and unlike the Bangladeshi, textile and manufacturing are not part of the work culture of our Nepalese friends. Nepalese prefer the services sector. With an ageing population and a shrinking workforce, a clear Immigration policy is overdue.

We have to be grateful to these foreign workers who sweat and toil hard to keep our export sectors running. In its arbitrary attempt to target the larger community of foreign workers the regime is shooting itself in the foot.
Make no mistake, the bulk of the problem lies elsewhere. Be careful of overseas funding from radical organizations which is used for proselytizing. Don’t shoot the messengers because some of them display weaknesses.
We are hitting mainly at the Bangladeshi, Malagasy, Indians and students from the African Continent. As far as our Africans friends are concerned, they obtain visa on arrival and students from overseas have to comply with criteria for admission unless enforcement is not strict. Not all marriages are fake. The Civil status Office, Passport and Immigration Office and the accredited institutions have to be the watchdogs. No person should enter Mauritius for frivolous reasons. Passport and Immigration office keeps all relevant information. Visa on arrival is issued subject that all information is furnished and vetted.

Whoever the Minister is, may be exposed to hearsay or grave accusations? Where are the safeguards? If on frivolous information or flimsy advice a person shall be deemed to be a prohibited immigrant, he can have recourse to the Supreme Court but that would be costly and there is no certainty of success. The person will have to live with a stigma because he has been denied a legitimate right. It will be a slur on his character. He will suffer prejudice. This is not democracy or rule of law. It’s flagrant violation of basic rights. 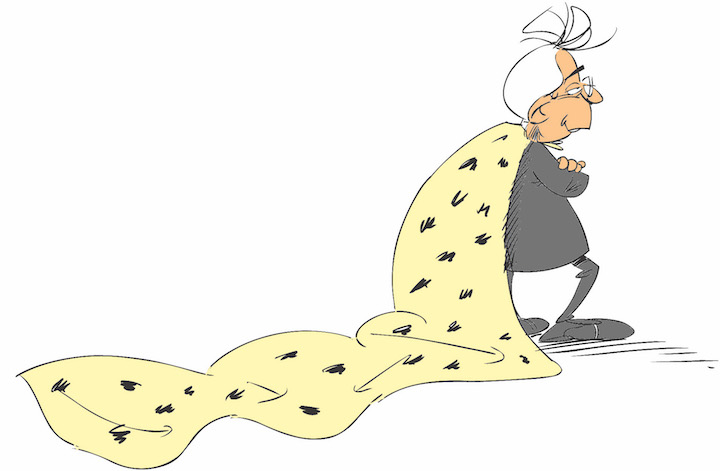 In 1994 if my memory serves me right, an Investor from Malagasy Republic of Indian Origin went into joint venture with a Mauritian partner close to the then Government. He was ripped off and his occupational permit as an investor withdrawn, and like an unaccompanied luggage put on a flight to India. He held a press conference in Delhi and denounced the Mauritian Regime and the article made big headlines in the Illustrated Weekly of India. Can you imagine what will happen when the powers of Economic Development Board and other relevant authorities are whittled away but then who cares the PM has got all the powers beyond his wildest dreams?

I would also suggest that a temporary or provisional residence permit be issued until the person is being investigated by the authorities prior to a final decision being taken to grant that person a full-fledged residence permit. The amendments are too far reaching with intended and unintended consequences. There are already existing provisions in our law to deal with those who are undesirable. The PM should have had wide discussions with all stakeholders and introduced the Bill after reaching consensus. Too many foreigners will walk on a tight rope with this arbitrary legislation.