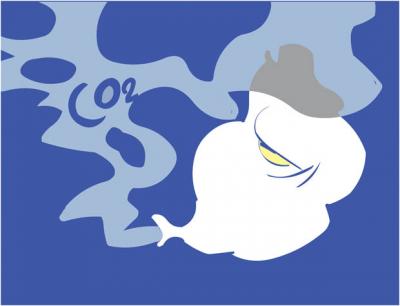 “Parties to the United Nations Framework Convention on Climate Change (UNFCCC) agreed at the 20th session of the Conference of the Parties (COP20) in Lima, Peru, in December 2014 to set out their “Intended Nationally Determined Contributions” (INDCs) ahead of COP21 in Paris, France, in December 2015. It was further agreed that each of these INDCs will “represent a progression beyond the current undertaking of that Party”.
The Paris Agreement unlike the Kyoto Protocol has bestowed the responsibility to reduce carbon dioxide emissions to all countries whether the state is the worst polluter or not. It makes no difference. The UNITED NATIONS FRAMEWORK ON CLIMATE CHANGE CONVENTION (UNFCCC) secretariat had fixed the deadline for the submission of the country INDCs, which is an obligation to reduce co2 emission, by the 1st October 2015. Mauritius officially submitted its INDCs on the 28th of September 2015, only three days before. Hon. Minister, please note that Mauritius is not among the first 5 small islands to have submitted their INDCs.  At the time Mauritius submitted its INDCs there were already 12 submissions from the SIDS. There is nothing to boast when we know that the Marshall Islands were among the first countries in the world to do so.
I was freezing on my seat when I went through the 5-page document and never seen such an empty submission. The document expressed a strong sense of jadedness with the usual motherhood statements. Apart from the unambitious nature of the submission, it is a conditional INDC, which means that if we don’t get 5 billion USD to mitigate and adapt then we don’t act. This is absurd for a country that was cited as an example within the SIDS by the UN for its MID project.
In the Introduction section, the Government highlights the forest coverage, but all along fails to state that we have equally more that 25% of built-up area, which is extremely high for a small island and that we have one of the highest Ecological Footprint in the world amounting to 4.8 hectares/capita.  We have a National Development Plan (NDP), which has never been followed and is being now updated to the tune of many millions of rupees. The document fails to acknowledge that we have only 30% live corals around the island.
In the mitigations contribution paragraph, the government has set its target – “30% REDUCTION OF CO2 BY 2030”. There is no baseline reference to this target but use the BAU scenario. Under the BAU, emissions will reach 7 Mt co2e by 2030. Reducing by 30% means that we need to keep emissions to 4.9 Mtco2e by 2030. We are already at 5.1 Mtco2e. The pathway described in the document to achieve this is so vague and is a pure statement of intentions. There is no clear roadmap to address emissions in the two biggest polluter sectors, which are the Energy Production and the Transport sector. We are still 80% or more coal locked. The REaction plan has been killed in its incubation stage. What is the meaning of the responsible and sustainable energy policies that the document is referring to? Vehicles on our roads are increasing exponentially. How do we prevent pollution from the transport sector with the old float of buses, the Government vehicles, including the Police vehicles? One innovation in the document – “The electric means of mass transportation” is back on the agenda.
The Government boasts itself on the emission pathway by highlighting the slow increase from 4.8Mt co2e in 2010 to 5.1Mt in 2014 but fails to acknowledge that in 1980 we were only at 0.7Mt of co2 emission per capita. Emissions have increased for more than 8 times in the last 30 years.
On a technical note the submission from Mauritius does not take into account some fundamental issues;
1.No long-term goal or vision.
2.No 5-year commitment period.
3.No ratchet up mechanism for increasing ambition.
4.It is a conditional INDC, there has been no unconditional INDC submission, so no real commitment.
5.The loss and damage issue has been completely ignored.
6.No plans for the workstream 2 – How do we proceed between 2016 and 2020.
The subsection on “Adaptation measures” of the document relates more to “COPY and PASTE” section. Are we worn out of innovative ideas for adaptation? Where is the project to develop the “Vulnerability and Resilience profiling” initiated by MID? Many of the measures announced are being implemented with relative poor outcomes. (Please check the progress of the Environmental statistics)
The document concludes on our track record. We may have a good but not an excellent track record for managing grants and before money is poured again in the coffers of the MOESDDBM, it is high time to make a thorough fiscal evaluation of all the grants given, their objectives and whether the desired outcomes have been achieved. There should be transparency and we need to be result-oriented. My plea is as follows : – We can and must rise to the two great challenges of this century: overcoming poverty and managing climate change with or without external support.
But if we fail on one, we will fail on the other. We must not fail. 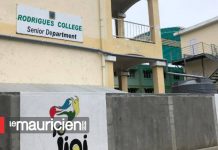 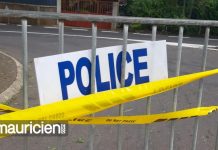