THE INDENTURED INDIANS AND THEIR LINEAGE : From Mirich Desh to Bharat 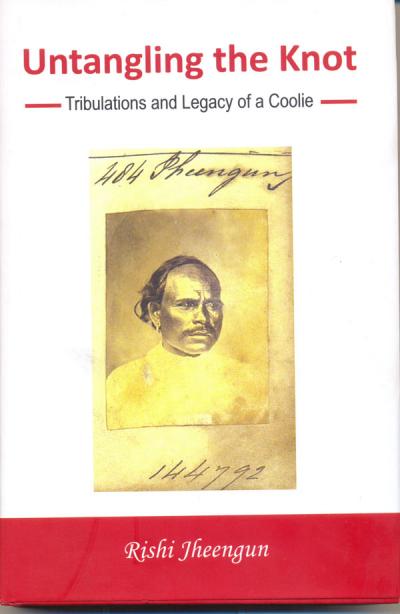 One of the lures which the recruiters used to seduce the Indians to enrol as indentured labourers to far off Mirich Desh (Mauritius) in the 19th century was the possibility to make quick money. Mirich Desh was a magical land where gold could be easily found under stones in the fields. “They were lured by tales about an island called “MARISIAH” (i.e. Mauritius) in the middle of the Indian Ocean where gold could be found under rocks. They did not find any gold when turning the stones in the fields of Mauritius.” (1) Nevertheless, the Indian indentured labourers did dig up stones and the productive land did bear the golden sugar which gave them the means to better their lot, indeed to buy plots of this gold-bearing land and to pave the way for the emancipation of their lineage. Historian Pundit Atmaram Vishwanath has rightly observed: «Wherever the Indian immigrants have gone, they have transformed the forests into teeming fields and cheerful towns; with their sweat and blood, and enduring great hardship, they have turned those countries into golden land.»(2)
The acquisition of plots of land by Indians was in full swing through the process of the ‘Grand Morcellement’ in the 1870’s and the following decades. The process consisted of the “parcelling up of marginal lands on the peripheries of the large estates”(3) and putting them on sale. The buyers were essentially Indians, among them many of modest means who were still in the employment of sugar estates. So to speak, the misfortune of one made the fortune of the other. As a matter of fact, “declining fortunes of the sugar industry which had started in the 1860s” forced “local planters to resort to the sale of subdivisions of sugar estates – the Grand Morcellement (1870 to 1920s)” which “were mainly purchased by Indian labourers” so much so that “by 1921, 35 percent of the colony’s agricultural land belonged to Indians.”(4) Indeed, “their (immigrants’) sweat and blood did turn into solid gold.”(1)