INDIA | A masterpiece Satyarth Prakash Jayanti (The light of Truth)

Faithful to the promise made to his preceptor Guru Virjanand, Swami Dayanand toured the country to preach the message of the Vedas; but his message could not reach the mass. Raja Jaykrishna Das, an admirer of Swami Ji requested Swami Dayanand to compile his ideas in a book form for the benefit of a larger group. As Hindi was not the mother tongue of Swami Ji, Mr. Raja Jay Krishna Das arranged for a Hindi writer named Chandrasekhar Shastri. Swami Ji dictated, and Shastri Ji wrote down. This work started on 12th June 1874 and ended some three months later. It contained 12 chapters. It is clear that the first 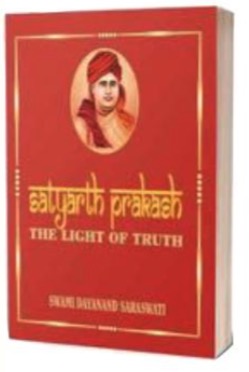 edition was not written by Swami Ji. He only dictated. As Swami Ji was on a tour, he could not do the proofreading before its publication. When Swami Ji read the first edition, he noted that some passages were not in line with his thoughts. He revised it and published the second edition containing 14 chapters.

In this masterpiece, Swami Ji voiced his opinion on the social evils prevailing in the country—idolatry, child marriage, caste system, discrimination against women, importance of education etc.

We are indebted to that great reformer as without his contribution, we would still be in darkness and lag behind others. The Satyarth Prakash is not only a book: it is an encyclopedia of the various contemporary social, religious and political trends at that time.